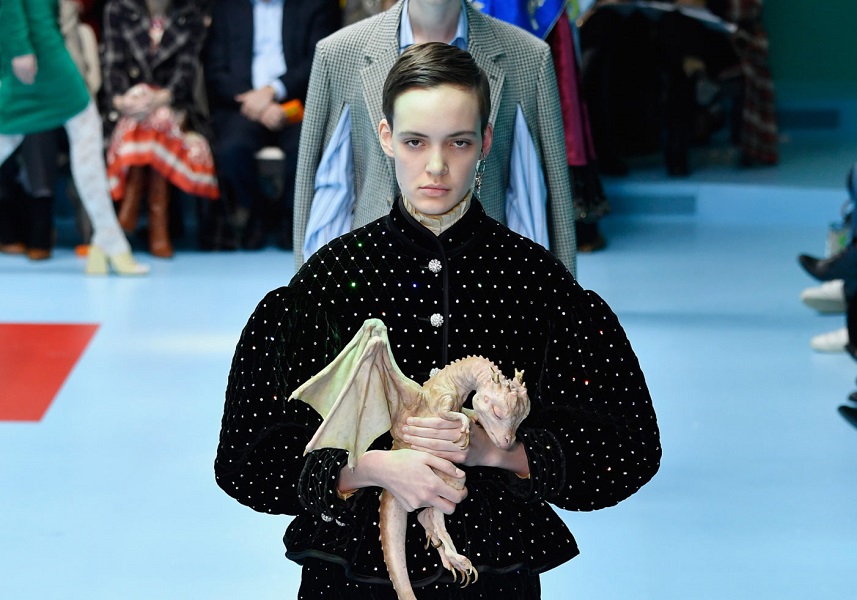 The new collection will be shown in Paris on September 24, 2018. Gucci began its creative tribute to France starting with the pre-fall 2018 campaign, which recreated the May 1968 student protests in Paris. The second part of Gucci's French appreciation will be the cruise 2019 fashion show, which will take place on the ancient site of the Promenade Des Alyscamps in Arles on May 30.

“Gucci is a global brand with deep and vibrant Italian roots and a visionary French shareholder, Kering,” said Marco Bizzarri, Gucci's president and CEO. “When Alessandro told me of his desire to present the new collection in Paris - continuing the French-inspired narrative - I thought it was a perfect way to [complete] the creative homage to France.” Bizzarri explained why that date was picked: “We have chosen to present the show on Monday, September 24, the transition day between Milan and Paris Fashion Weeks to avoid impacting schedules. We will then look forward to returning to Milan in February 2019.”

The decision to show in France follows other unusual locations including the art district of New York in 2015, the cloisters of London’s Westminster Abbey in 2016 and the Galleria Palatina of Palazzo Pitti in Florence in May 2017.