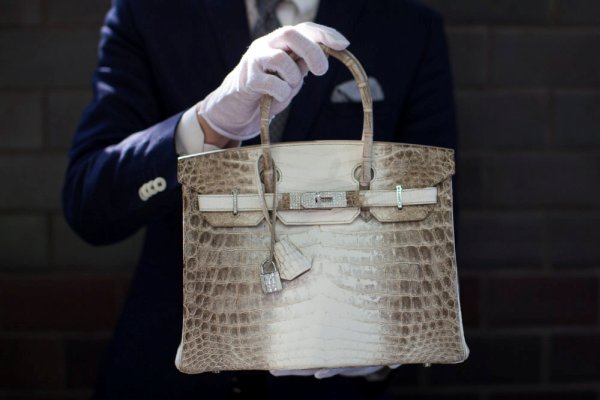 Rachel Koffsky, handbag and accessories specialist at Christie’s, told The Telegraph that growing demand for “wearable works of art” has meant sales are skyrocketing.

She said: “Last year our handbag sale made £2m and this year it became almost £3m.

“We have two years in a row set the European record for the most valuable bag sold at auction.”

While many may balk at the idea of taking a bag worth over £100,000 around the supermarket, the expert insisted the pieces are “wearable works of art,” and encourages her investors to use them.

She explained: “Women are now seeing their handbag collections as not only investment opportunities but as an extension of their personalities.

"The collector would want to wear the bag, they are wearable works of art. I encourage my collectors to use their bags because when you see how impeccable the craftsmanship is is how they look after a little bit of wear.”

According to Ms. Koffsky, the handbag market is booming because of the death of the “it-bag” following the recession.

She explained: "The handbag market as we know it is really a result of the impact trend of the early 2000s which came to an end after the financial recession.

"Very important bags on the runway would be worth a fraction on the secondary market.

"Instead of buying this month's "it" bag, savvy investors want to purchase a piece that will be iconic in the future, a bag which would be used for decades to come.”

Now, investors are snapping up iconic Birkin bags instead, with the world record set at almost £253,000 by a similar crocodile-skin piece sold at auction in China.

Ms Koffsky said: "As it’s becoming well known how valuable these handbags are people are taking it much more seriously; they want to spend their money in a more thoughtful way.

"They want to invest in handbags which will maintain their value and go up in value.”

And as for the diamond-encrusted Birkin, it is expected the piece will only increase in value.

The handbag expert explained: “For top collectors of handbags, this is the most desirable handbag in the world.

“The colouration is said to resemble the Himalayan mountains as it has a white centre and fades in to a light grey. The dying process is extremely difficult and is seen as the pinnacle of the handbag market.”