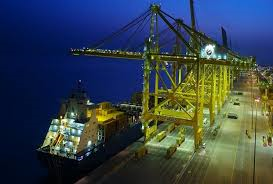 Global marine terminal operator DP World’s flagship, Jebel Ali Port, has demonstrated once again that it delivers by far the world’s best productivity for ships berthed at its docks.

According to the latest JOC Port Productivity data, compiled by industry analysts Journal of Commerce, Jebel Ali recorded a world-leading 131 moves per ship per hour in 2014, up 10 percent from 119 in 2013.

The ranking is based on JOC’s analysis of more than 125,000 port calls in 2014 that placed Jebel Ali and six ports from China in the Global Top 10 for the year.

DP World’s commitment to be the best in the world is in line with the vision for Dubai laid out by Vice President and Prime Minister and Ruler of Dubai, His Highness Sheikh Mohammed bin Rashid Al Maktoum. The productivity achievement is also a reflection of our unshakeable belief that investing in our people and technology is the best way to deliver service excellence to our customers and support Dubai and the UAE’s development."

Productivity is defined as the average of the gross moves made by Ship-To-Shore, STS, cranes for each vessel call recorded. Gross moves for a single ship call is calculated by dividing the number of container moves (onload, offload and repositioning) by the number of hours the vessel spends at berth.

Bin Sulayem added, "Jebel Ali Port remains focussed on delivering service benefits to our customers. We constantly work towards improving turnaround times for ships at our berths, which in turn delivers benefits down the supply chain to other stakeholders. With its semi-automated Terminal 3 nearing completion, Jebel Ali will be able to handle more of the largest container vessels with the same efficiency that placed it at the top of the world."