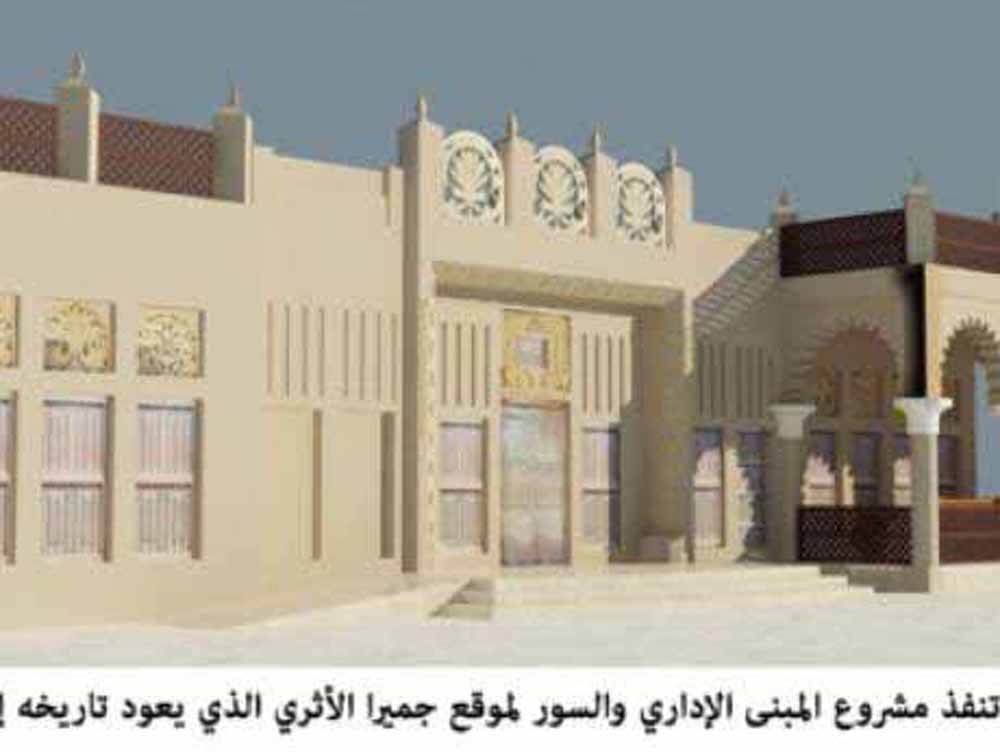 “The archaeological site will have a building consisting of a small exhibition and a lecture hall for students,” said Rashad Bukhash, head of architectural heritage department at Dubai Municipality.

“Once the project is completed, visitors and tourists will not only be able to see the original foundations of the old buildings that were excavated on that site, but will also have access to all the findings of the early settlement that were discovered in Jumeirah,” he said.

There are seven buildings at the excavation site that have been identified, including a souq, a workshop that was later turned into a mosque, and an inn.

“It is equally important to preserve our heritage in a way that combines the tradition and modernity of the rapidly developing emirate of Dubai,” said Bukhash.

He pointed out that the new complex will replicate the architecture of traditional buildings, which will overlook the excavation site, and will feature interactive exhibitions to attract the interest of young people, in addition to raising awareness on archaeological heritage through educational teaching aids.