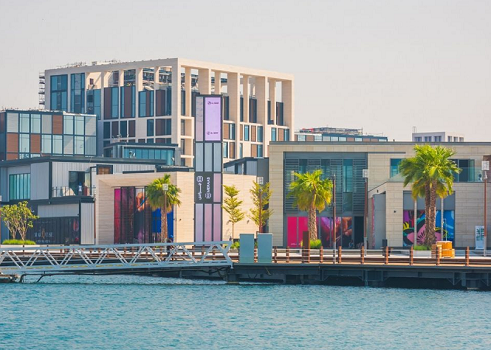 The National -- The Dubai-based hospitality group Jumeirah has launched a new hotel brand to appeal to young, design-conscious travellers, with rooms going on sale from Dh528 per night including taxes.

Zabeel House, which Jumeirah says has been created "in response to the continuing and growing trend for exploration and enrichment through travel experiences", is kicking off with hotels in Dubai, Saudi Arabia and the United Kingdom, with the first property, Zabeel House Mini Al Seef on Dubai Creek, opening on March 15. This will be followed by Zabeel House Al Seef on May 15 and then Zabeel House The Greens.

Next on the agenda is London's Shoreditch, though an opening date is yet to be confirmed.

Rather than all being the same, the hotels are intended to reflect the unique appeal of a particular place. "Designed for the curious traveller with an intrepid spirit, who wants to experience the city like a resident, discover lesser-known neighbourhoods or uncover a different version of the city they already know well, Zabeel House by Jumeirah is a place to immerse into the local neighbourhood or use as a great jumping off point to discover more in cities around the world," said Jumeirah CEO Marc Dardenne.

The company said it had signed five management agreements in the UAE, Saudi Arabia and the United Kingdom, with a number of others under discussion. The Jumeirah Group currently operates 19 hotels in Europe, the Middle East and Asia.