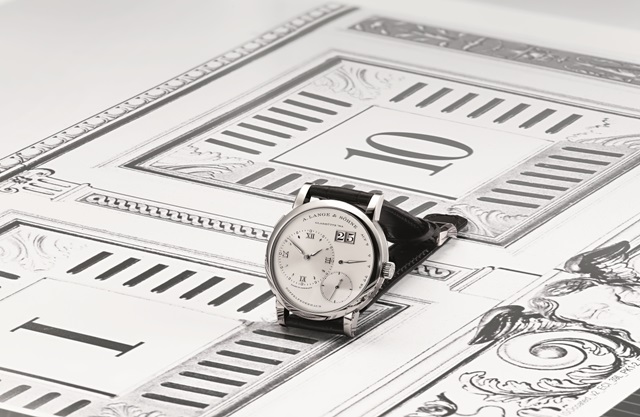 Acclaimed Saxony luxury watch brand A. Lange Sohne’s Lange 1 marks the 175th year of the 5-minute clock in Semper Opera House as also the 200th birth year of its legendary founder. Owing its iconic status to the asymmetric dial design and its outsize date, its creation recalls historic moments in the legendary brand’s founding as well as its growth. Aviamost pays tribute to a horological gem

Nothing is as powerful as an idea whose time has come.

These words especially hold true for A. Lange & Sohne’s iconic Lange 1. It perfectly symbolizes the Saxony watch brand’s history, its renowned horological expertise and its aesthetic essence recalling cherished moments in its growth to become one of the most recognized watchmakers in the world today.

And it all began with a royal command…

A King, a Theatre and a Clock…

King Frederick Augustus II of Saxony, Germany was a theatre lover who often frequented the iconic Semper Opera House in the city of Dresden. As pocket watches were the popular time-keeping devices in those days, members of the audience kept checking the time on them.

The King however, grew tired of the incessant chiming sounds which accompanied this activity and one memorable day in 1841, ordered a stage clock to be created. His dictate was precise. The said clock had to be fitted in the 2-meter arch 20 meters above the centre of the stage and it should be visible from the back rows of the opera house. It should also distinguish itself from the ordinary arrangement with hands on a dial.

The task was entrusted to Johann Christian Friedrich Gutkaes, who was later appointed as chief clockmaker. His apprentice was Ferdinand Adolph Lange, the future founder of the distinguished watch brand. He had been hired by Gutkaes when he was 15 years old and after spending years travelling Paris, England and Switzerland, learning horology, returned to assist Gutkaes in his new assignment.

It was Gutkaes decision to create a clock with a digital indication. And so was born one of the world’s first digital clocks, named the Five-Minute Clock. Consisting of two counter-rotating drums it displayed the hours in Roman numerals at the left-hand aperture while the right-hand aperture showed the minutes in Arabic numerals in five-minute intervals.

Incidentally, the Semper Opera House, which turns 175 years this year, and the Five-Minute Clock, regarded as symbols of innovation and pride, were destroyed twice, once during a fire and another time during the Second World War and were rebuilt both times.

A Birth and a Rebirth

The success of this project was to inspire the young Ferdinand Adolph Lange to set up his own watch manufacture. And in 1845, A. Lange & Sohne was founded. Destiny had greater plans for him as just three years later he was appointed Mayor of Glashutte. During his 18 years in office he was to pioneer the industrialization of the largely agricultural town.

Following his death, his sons Richard and Emil took over the company. But in 1948, on the final day of the Second World War, an air raid destroyed the main production building and the company was expropriated. However, in 1990 Richard’s son Walter registered the A. Lange & Sohne trademark and the company was reborn.

A Horological Gem is born

In its comeback year 1994, the outsize date of the Lange 1 paid tribute to the masters of the past and to the ingenious concept of the five-minute clock, albeit in a smaller format. Just like its historic role model, it is based on two separate display elements: a units ring with the numerals 0 to 9 as well as a tens cross with the units 1 to 3 and a white field. It advances instantaneously by one day at midnight and therefore always delivers a doubt-free reading.

In 2015 with the debut of the calibre L121.1, the next chapter of the Lange 1 began, marking two successful decades. Its technical finesse comes to the fore with the precisely jumping outsize date display as well.