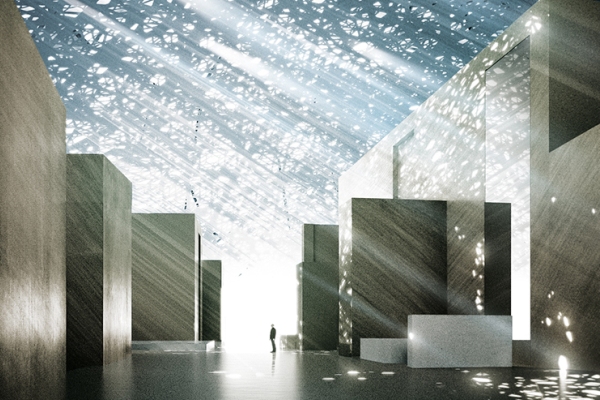 HE Mohamed Khalifa Al Mubarak, Chairman of the Department of Culture and Tourism – Abu Dhabi, said: “The Salvator Mundi highlights the inclusive nature of Louvre Abu Dhabi’s narrative and Abu Dhabi’s mission to promote a message of acceptance, and openness. It is an opportunity for Abu Dhabi’s residents and visitors from around the world to engage with a rare and iconic work of great cultural significance at Louvre Abu Dhabi. Lost and hidden for so long in private hands, Leonardo Da Vinci’s masterpiece is now our gift to the world. It belongs to all of us, who will have the chance to stand before it, and bear witness to the mastery of one of the most significant artists in living history. 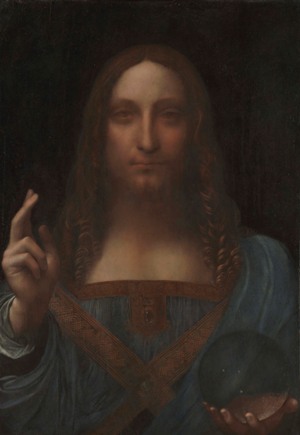 “His innovative breaks from the artistic standards of his day have guided generations of artists since. He is among the most influential artists in history, having left a significant legacy not only in the realm of art but in science as well, each discipline informing his mastery of the other. Today, no name better seems to symbolise the Renaissance age than Leonardo da Vinci.

“His Salvator Mundi represents an important chapter in the history of art, and offers a fully-rounded view of his artistic output. It will play a significant role in Louvre Abu Dhabi’s curatorial narrative, representing a critical moment of historical change that illuminates social evolution at that time”.

As the ultimate symbol of the Renaissance, da Vinci’s seemingly infinite curiosity was equalled only by his power of invention. His genius lay in his ability to connect science and anatomy, geology, math, engineering, architecture, theatre, optics, and dozens of other disciplines. In Salvator Mundi, da Vinci's knowledge of optics is evident in the representation of the orb. It is rendered with beautiful scientific precision, even including the jagged bubbles visible on the bottom right that have the irregular shape of the tiny gaps in crystal that are known as inclusions.

Dating from around 1500, Salvator Mundi is an oil on panel painting, executed onto a walnut panel, depicting a half-length figure of Christ as Saviour of the World, facing the viewer, and dressed in flowing robes of lapis and crimson. The figure holds a crystal orb in his left hand as he raises his right hand in benediction. It is believed to be a contemporary of both La Belle Ferronnière and the Mona Lisa.

HE Saif Saeed Ghobash, Undersecretary of the Department of Culture and Tourism – Abu Dhabi, said: “At more than 500 years old, Salvator Mundi still retains a remarkable presence and the lingering sense of mystery that characterises Leonardo’s finest works. As one of history’s greatest painters, polymaths and thinkers, da Vinci left his stamp on many of the disciplines that have shaped the modern world. He has remained an outstanding cultural icon and as such, his work has an important role to play in Louvre Abu Dhabi’s universal narrative, which encapsulates the history of humanity. With Salvator Mundi on display, we will be able to honour the influential legacy of da Vinci’s creative genius, share this extraordinary artwork with the world, and inspire a new generation of cultural leaders and creative thinkers.”

The rediscovery of Salvator Mundi is one of the most significant artistic findings in recent history, as the first discovery of a painting by Leonardo da Vinci since 1909, when the Benois Madonna, now in the Hermitage, St. Petersburg, was attributed to the artist. The unveiling of the artwork ahead of its sale at Christie’s New York drew worldwide interest. Throughout the painting’s tour of Hong Kong, London, San Francisco, and New York, over 27,000 people viewed the work, setting a record for the highest ever number of pre-sale viewers for an individual work of art, according to Christie's.

Painted more than 500 years ago (c. 1490 – 1515), Salvator Mundi may have been created for the French royal family before being brought to England by Queen Henrietta Maria when she married Charles I. The work was in the collection of King Charles I (1600-1649), where it is recorded in the inventory of the Royal collection. Presumed to have been destroyed, Salvator Mundi was rediscovered in 2007, when restoration was undertaken by Dianne Dwyer Modestini, Senior Research fellow and Conservator of the Kress Program in Paintings Conservation at the Conservation Center of the Institute of Fine Arts, New York University. Since the initial restoration phase was completed in 2007, the painting has been studied by leading authorities on Leonardo da Vinci, which resulted in an unequivocal attribution to the most important painter of the Renaissance, and one of the most significant figures in the history of art.

After its unveiling at the Louvre Abu Dhabi in September, the Salvator Mundi is scheduled to be loaned to Musée du Louvre in Paris, where it will form part of the Leonardo da Vinci exhibition which will run from October 24th, 2019 to February 24th, 2020. Salvator Mundi is planned to return to Abu Dhabi after the exhibition, and will be on display again at the Louvre Abu Dhabi.

About The Department of Culture and Tourism – Abu Dhabi

The Department of Culture and Tourism conserves and promotes the heritage and culture of Abu Dhabi emirate and leverages them in the development of a world-class, sustainable destination of distinction that enriches the lives of visitors and residents alike.  The Department manages the emirate’s tourism sector and markets the destination internationally through a wide range of activities aimed at attracting visitors and investment.  Its policies, plans and programmes relate to the preservation of heritage and culture, including protecting archaeological and historical sites and to developing museums, including the Louvre Abu Dhabi, the Zayed National Museum and the Guggenheim Abu Dhabi.  The Department of Culture and Tourism supports intellectual and artistic activities and cultural events to nurture a rich cultural environment and honour the emirate’s heritage.  A key role played by the Department is to create synergy in the destination’s development through close co-ordination with its wide-ranging stakeholder base.

Born of a collaboration between Abu Dhabi and France, Louvre Abu Dhabi is a universal museum that enables visitors to experience art—and humanity—in a new light. Master works by many of the world’s greatest artists are on display, revealing threads of creativity that connect diverse cultures across thousands of years.

Housed in a magnificent domed structure designed by architect Jean Nouvel in Abu Dhabi’s cultural district on Saadiyat Island, Louvre Abu Dhabi opened to the public in November 2017.  In the first decade, hundreds of artworks from its own expanding collection will be on view, in combination with an equal number of masterpieces borrowed from the Louvre and 12 internationally preeminent French partner museums.

Every year, Louvre Abu Dhabi offers visitors a vibrant programme of exhibitions, performances, cultural and education events, a Children’s Museum, a lounge, restaurant, and a boutique. Today Louvre Abu Dhabi is a place for people to meet, learn, reflect, and find their own stories. It presents a different way of looking at art - a gift from the United Arab Emirates to the world.