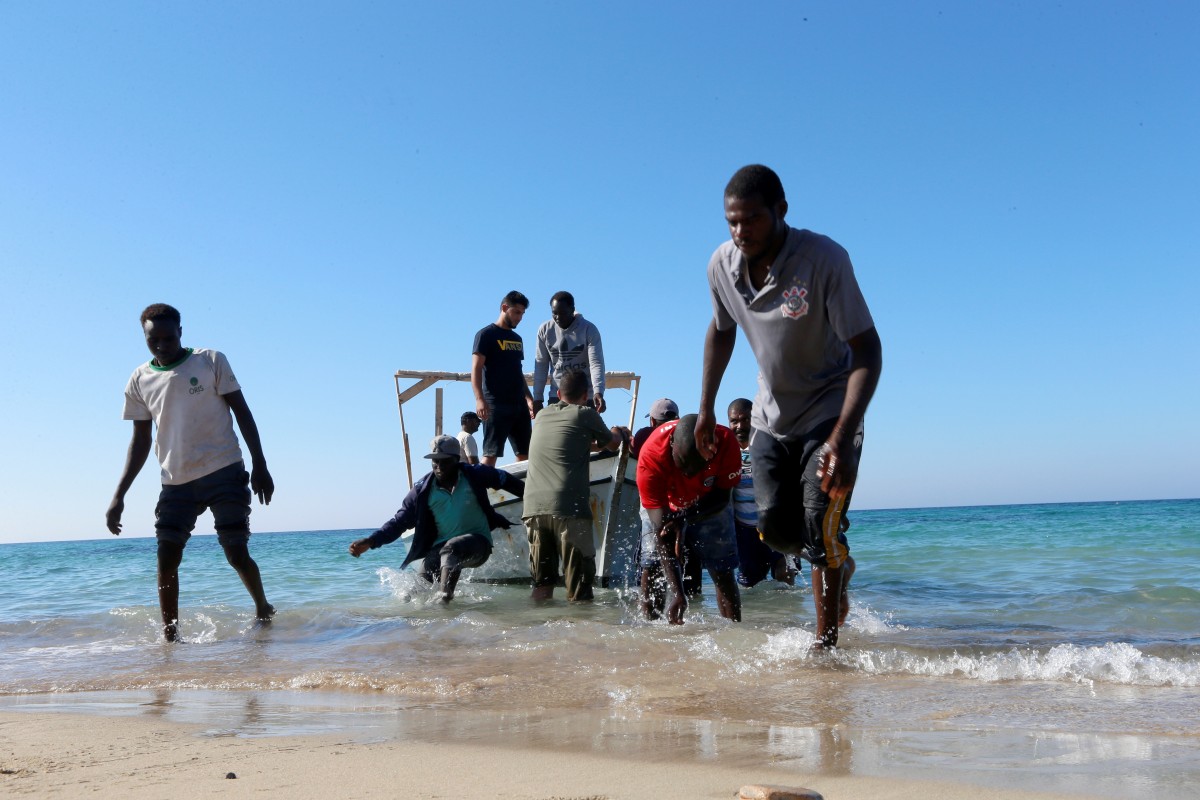 Rescue workers on Saturday were looking for more bodies from a migrant boat capsize off Libya that a UN official has called "the worst Mediterranean tragedy of this year", with at least 62 confirmed deaths so far.

About 145 migrants were rescued by the Libyan coastguard after their overloaded boat went down east of the capital near the port city of Khoms on Thursday. Aid agencies fear that scores of others had drowned, with the number of missing estimated at more than 110 by the International Organisation for Migration (IOM), and fishermen reported the waters were full of floating bodies.

The head of Libya's Red Crescent rescue unit said 62 bodies had been recovered by Friday.

"The bodies are still floating onto the shore continuously, it's not possible to give a total number," Abdelmoneim Abu Sbeih said.

Survivors reported there were about 400 people aboard when it went down, according to global charity Doctors Without Borders (MSF).

One of the fishermen who was the first on the scene to save the survivors recounted finding "bodies floating on the surface of the water where the boat went down".

The head of the UN refugee agency Filippo Grandi called the wreck "the worst Mediterranean tragedy of this year".

Libyan navy spokesman General Ayoub Kacem said most of the rescued migrants were from Eritrea, although Palestinians and Sudanese were also among the group waiting to be taken on to reception centres.

A member of the Libyan coast guard said the outfit did not have the means to launch a high seas search and would "have to wait for the sea to return the bodies so we can pick them up".

Local authorities were gathering and storing bodies of the victims but were facing numerous problems and struggling to find burial places for them, a municipal source in Khoms told Agence France-Presse.

UN chief Antonio Guterres said he was "horrified" by the latest tragedy at sea.

"We need safe, legal routes for migrants and refugees. Every migrant searching for a better life deserves safety and dignity," he tweeted.

The migrants had been apparently headed out to sea on three boats lashed together, according to MSF mission chief Julien Raickman.

One of the survivors, a 28-year-old Eritrean Abdallah Osman, recounted how their boat started taking on water about 90 minutes after setting out to sea hoping to reach Europe. "The Egyptian captain decided to turn back," he said.

Mr Osman said a passing ship saw that their boat was in distress but took no action.

MSF nurse Anne-Cecilia Kjaer met with survivors, including some who had "swallowed a lot of sea water and had respiratory" problems.

"Many children could not swim, and even those who knew how to succumbed to exhaustion," she said.

Ms Kjaer said the migrants were already traumatised from dangerous journeys across deserts where they were "captured by traffickers, subjected to violence and torture".

The capsize came only a few weeks after at least 68 migrants died when an Italy-bound boat sank off Tunisia.

Before the latest shipwreck, the United Nations High Commissioner for Refugees and the IOM said 426 migrants had perished in the Mediterranean this year.