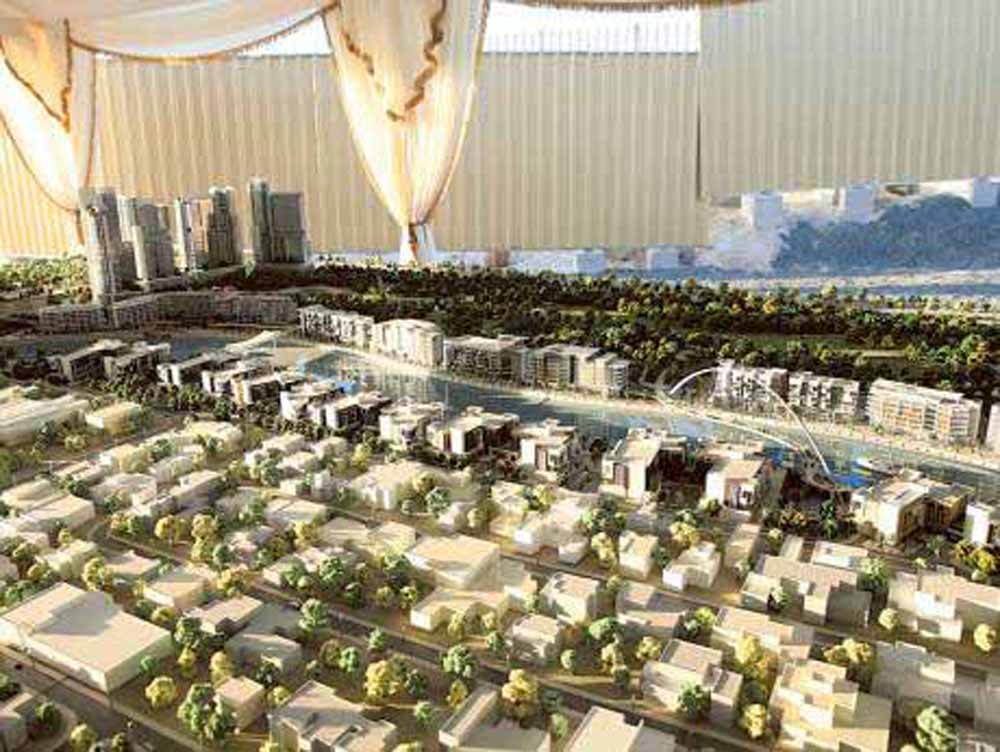 These projects will be built on an area of 4.68 million square metres with 605,000 square metres earmarked for commercial purposes. They include 5,345 residential units and 948 hotel rooms.

The Gate Towers bridge at the entrance of the canal will comprise a three-level mall built above the canal covering 300,000 square metres. It will feature 434 retail outlets and restaurants. The roof of the mall has been designed as a green park providing an optical connection between its greenery and that of Al Safa Park. The Gate Towers project will include a five-star hotel, hotel apartments and branded apartments.

Also part of the project are four residential towers linked to Al Safa Park, around 500 retail outlets and restaurants and 1,141 residential units.

Around 200 outlets and restaurants and 211 residential units will be constructed on both sides of the canal.

The canal project will peak at the delta where a peninsula will be formed, adding more than a kilometre to the new beach of the Jumeirah Beach Park.