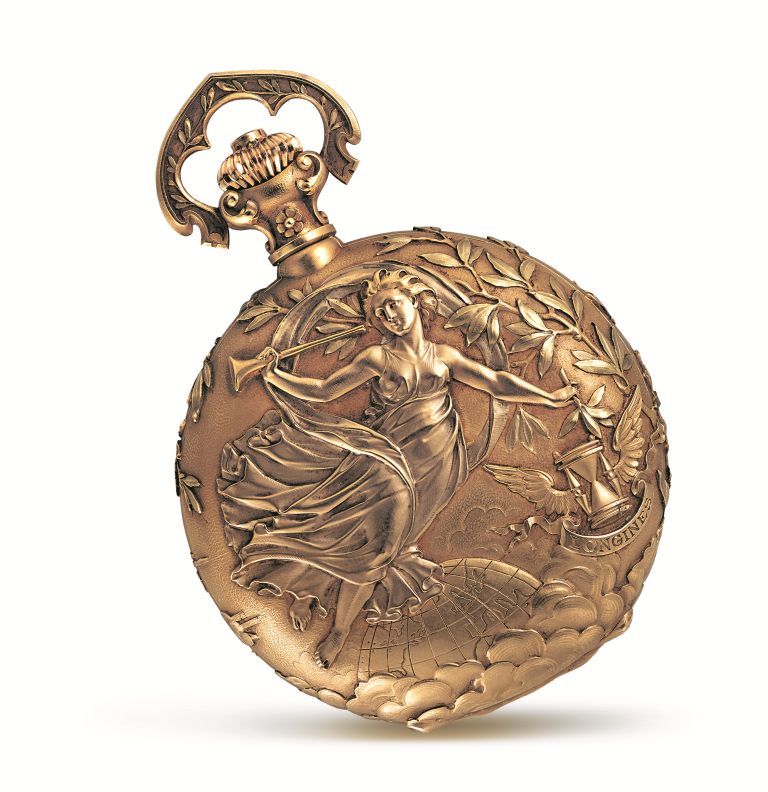 Longines the legendary Swiss luxury watchmaker with the winged hourglass logo celebrates 185th anniversary in elegant style this year. Its history encapsulates one of the greatest Swiss watchmaking heritages born of tradition, innovation, adventure, performance and elegance. The brand has asserted its presence as official timekeeper of world championships and as partner of international sports federations. A member of the Swatch Group Ltd, the world’s leading manufacturer of horological products, Longines has outlets in over 150 countries across the world. We take a look at key moments in its storied history.

Based in Saint Imier, Switzerland since the year 1832, Longines was founded by Auguste Agassiz. He entered the world of horology when he set up business by entering into partnership with two watchmakers. Sourcing watch parts then produced in domestic workshops by skilled craftsmen he took care of the assembly and distribution of the finished products.

In 1867 his nephew and successor Ernest Francillon made a revolutionary change by bringing together all the different stages in the manufacture of watches under one roof as the Longines factory, adopting the name of its riverside location meaning ‘long meadows’. From then on all timepieces bore this name along with the winged hourglass logo of the brand and a serial number. It was this precision to detail and elegance in style that were to become hallmarks of the brand.

Thanks to their reliability, precision, robustness and innovative technology, Longines timepieces have accompanied the world’s most famous explorers to the undiscovered and furthest corners of the globe. Conquering extreme weather conditions, they are intrinsically part of new aviation and navigation routes and records and are associated with legendary figures such as Charles Lindbergh, Philip van Horn Weems, Roald Amundsen, Amelia Earhart and Paul-Emile Victor.

Since 1878 the watch brand has been associated with the world of sport as it has developed technologies of heightened precision to measure time. It is closely involved in equestrian sport, tennis (French Open in Paris), alpine skiing, gymnastics and archery.

At the famous Longines Museum in Saint-Imier, you can view the calibre 20H the first chronograph produced in 1878 and used on American racecourses; the ‘broken wire’ automatic timing system launched in 1912’ the absolute accurate Chronocinegines from 1954 and the Contifort system combining a moving image with a timing mechanism from 1956.

Other technical treasures from Longines history you can view here include it’s first-ever piece of timing equipment (Calibre 20H), legendary calibre 13ZN produced for a wrist chronograph, the first Longines self-winding movement that was patented (Calibre 22A) and the first cybernetic quartz calibre for wristwatches called the Ultra-Quartz.

New stars of the year

This year Longines unveiled the ultimate high precision watch: the all new Conquest V.H.P. at the Neuchatel Observatory in Saint-Imier. Mr. Walter von Kanel, President of longines and Mr. Juan-Carlos Capelli, Vice President of Longines and International Marketing Director accompanied guests on a fascinating journey through the history of the brand and its close relationship with quartz technology.

Setting a new milestone in quartz technology, the new Conquest V.H.P. incorporates many features of smart connected watches such as ultra-precision and technical sophistication. Its in-built system is a world first that resynchronises the hands after exposure to a shock or magnetic field. It also boasts a power reserve of five years, without ever having to change the battery.

It marks the 90th anniversary of the first ever non-stop solo transatlantic flight flown by Charles Lindbergh and timed by Longines by presenting 90 timepieces of its Hour Angle watch designed in partnership with the famed aviator following his historic flight.