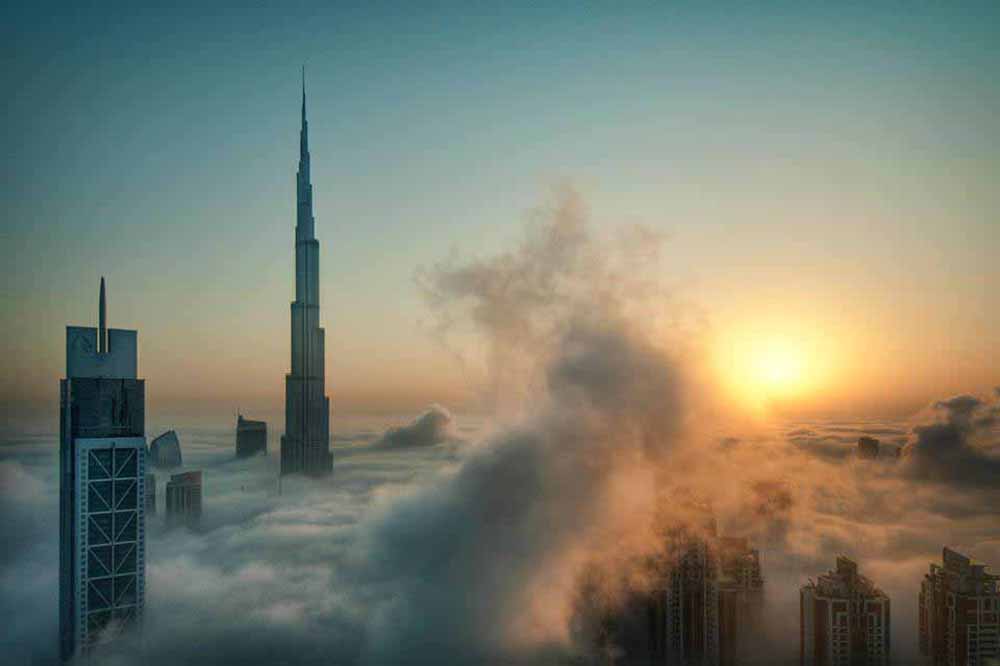 The Masdar Institute of Science and Technology, MIST, has developed hydro-climatic models especially designed for the Emirates to allow weather conditions in the country to be predicted accurately, according to a report in the online journal, Nature Middle East.

Written by Louise Sarant, the report quotes Taha Ouarda, MIST's Professor of Water and Environmental Engineering, as saying that the work involved analysing available historical data from the last 80 years to help them make predictions for the future.

One prediction forecasts a sharp reduction of rainfall in the east of the country, with a smaller decline in the west. Currently, the eastern UAE has a much higher average annual rainfall than the far west.

The models, which anticipate future alterations in temperature, precipitations, aquifer recharge levels, agricultural output and extreme weather events, are the first to track UAE’s climate's evolution. Researchers hope that advance knowledge will help in efforts to mitigate the impact of climate change.

One of the world’s hottest and driest regions, the UAE says it is committed to respond to climate change through adaptation, while reducing its reliance on shrinking fossil fuel reserves.

Scientists at Masdar, an independent, research-driven graduate level university which focuses on advanced energy sources and sustainable technologies, have been working for four years on developing a tailored set of tools to forecast the effects of climate change and variability in the country.

Taha Ouarda, principal investigator of the modelling project, explained that applications of the models include gauging how much water can the UAE expect and what kind of agriculture can it sustain. "What type of plants will be best suited to a drier and hotter climate in the future?" Ouarda asks. "How many desalination plants will need to be built every year? How do we protect the marine ecosystem from increasing water temperature and how do we plan appropriate healthcare responses in light of longer heat spells?"

Ouarda, who also heads the Masdar Institute Centre for Water and Environment, says that other regional teams have looked at how climate evolves in the Gulf region, but these new models are particular to the UAE. Climate modelling is designed to develop better management of agriculture, industry, heath, infrastructure, energy, economy and natural resources preservation.

Brian Fath, an expert in ecosystem modeling, sustainability, and integrated models at the International Institute for Applied Systems Analysis, IIASA, in Austria, believes that it is crucial for each region to produce local scale response and impacts, both from a management and psychological perspective.

"Management actions take place locally, therefore it is important to know what is going on within practical boundaries to effect change. Psychologically, global climate change is too broad to be meaningful to most people, hence it is necessary to relate the impact to a relatable scale," he explained.

To develop their models, Ouarda and his team first analysed historic meteorological information, trends and data from the past 80 years to make extrapolations for the future. "It would be very simplistic though to assert that we can draw future trends from past trends, because when dealing with climate, we need to take into consideration both climate change and variability," he said.

Climate variability can be observed across minutes, hours, days, months or years. The mean wind speed for 2015 is different from that for 2014, even when calculated at the exact same spot. "Climate variability is related to low frequency climate oscillations, caused by ocean currents," Ouarda explained. "Some years, currents are strong and others not as much, and those fluctuations modulate our climate to bring changing degrees of heat, energy, moisture and precipitations."

Besides extrapolations, Ouarda’s team came up with a more sophisticated data mining set which utilises more complex statistical techniques. "We look at how climate functions by looking at high resolutions spatially, temporally, vertically and horizontally, trying to understand how things are going to evolve in the future," Ouarda says.

For long term forecasts, the team has developed scenarios which take into account various CO2 levels, and builds what Ouarda calls "hypotheses on the future."

Some models, which can look at horizons up to 50 years, develop scenarios in which CO2 levels remain stable, while others predict variables in precipitations and temperatures with double the amount of CO2 levels presently released in the atmosphere.

In the eastern part of the UAE, the forecasted decrease in rainfall is very sharp, but in other locations towards the west, it is not as noteworthy. All models agree that temperatures will keep increasing significantly in this part of the world, not just in terms of average temperatures, but also at both ends of the distribution, flagging the possibility of more extreme weather events. "Longer drought spells and occasional floods are among our predictions, putting public health at risk," said Ouarda.

"The work performed by Dr. Ouarda and his team is significant because it links climate models and hydrological models," says Fath. "Combined models are able to include synergistic and feedback mechanisms that cannot be viewed in isolation and therefore give a more realistic view of the systems being modelled."