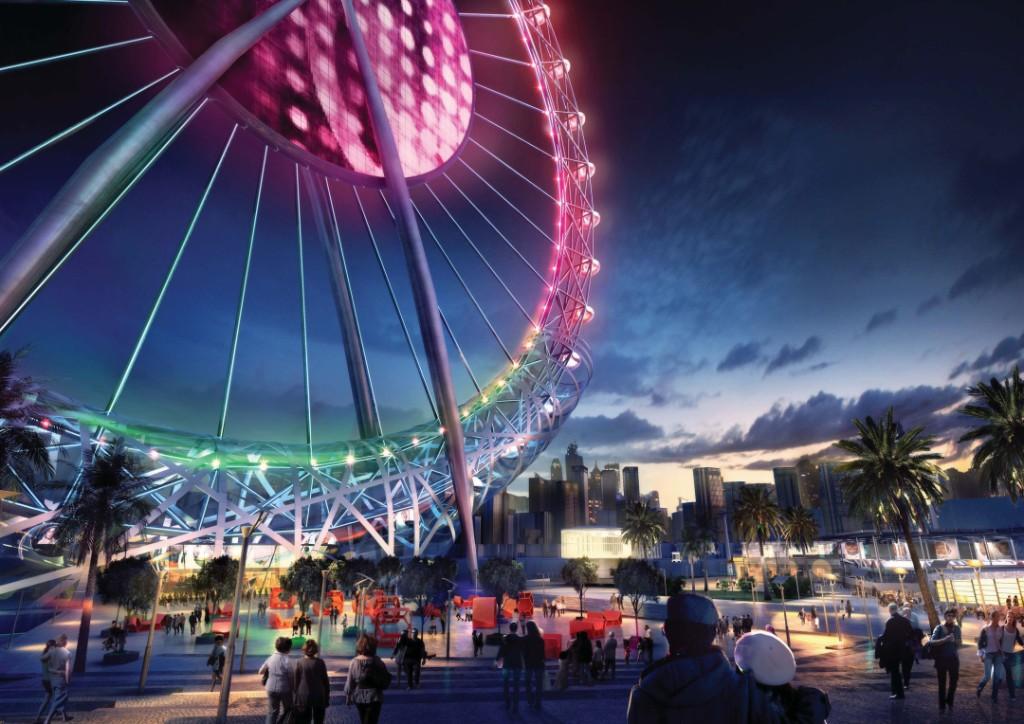 Investment in Dubai’s skyline – and coastline – is set to change the shape of the city, and investors are set to benefit. Dubai has earned a reputation over the last decade for embarking on the kinds of bold, pioneering projects that generate global headlines – as well as offering investors some of the most competitive and consistent returns in the world.

With a recent report declaring that Dubai real estate has delivered the best ROI since the Global Financial Crisis – a healthy average of 120 percent in the forms of rent and capital gains – the rising interest in this market makes it more even more fertile ground for development.

The report, released by Reiden-GCP, stated that it is “little surprise” that Dubai has become a magnet for international investors, as “monetary inflows have continued to increase steadily over the last decade.

At the 2017 World Government Summit held in the UAE, International Monetary Fund chief Christine Lagarde praised the Emirates’ financial leaders for their sound fiscal policy and emphasised the strong, positive relationship between UAE and the IMF.

What’s more, the combined value of construction projects in the emirate recently exceeded US$313.6 billion, according to data aggregated by property developer Schon. In its findings, which take into account the value of 4000 active projects in the urban construction, transport, utilities, industrial and oil and gas sectors, Schon notes that this figure is higher than the GDPs of most countries.

In this favourable climate, the Dubai skyline is set to undergo a considerable refurbishment as towers, waterfront malls, and infrastructure pop up across the city in preparation for imminent increases in tourists, investors and residents.

One of the longest driverless Metro lines in the world, Dubai metro’s Red Line is set to undergo an expansion ahead of Expo 2020 Dubai to accommodate an expected 25 million visits. Running alongside the city’s main artery, Sheikh Zayed Road, the Red Line has already been successful in easing congestion and improving urban commutes in Dubai.

The 2020 expansion, to be delivered by Thales Group, will include an additional 15km of track, seven new stations and updates to the technology of the innovative metro network – contributing to Dubai’s “Smart City” initiative.

Much of Dubai’s transformation will be seen along the city’s coastline, with one of the largest property developments being Meraas Holding’s Bluewaters Island. This US$1.63 billion project will mix coastal living with an urban-chic vibe, making it a unique addition to Dubai’s portfolio of residential destinations. Bluewaters Island will be the home to the 210m Ain Dubai – set to be the largest observation wheel in the world –as well as over 150 shopping, eating and leisure concepts.

On the other side of town, Nakheel Properties has been developing Deira Islands – a mega project consisting of four man-made islands which will house a total of over 250,000 people upon completion. In addition to the increased retail space and housing that this extra 40km of coastline will introduce to Dubai, Nakheel has announced that that one of the islands will be a freehold location for private investment. A spectacular project in one of Dubai’s oldest areas, Deira Islands is likely to become a hotspot for tourists and investors alike when it opens in 2019.

It’s not just artificial islands that are changing the shape of Dubai: one of the most unique buildings in the world – Dynamic Tower – is planned for completion by 2020. This 420m rotating tower is set to have 80 independently-moving floors, allowing the building’s silhouette to continuously transform as each level rotates. When this feat of engineering is complete, it’s sure to up the futuristic quality of Dubai’s already-spectacular skyline.

A trip to the top of Dubai Creek Harbour’s ‘The Tower’ – also set for completion in 2020 – is set to offer a bird’s eye view of the entire city and its many new developments. An observation tower to shame all other observation towers, The Tower is alleged to top off at 928m, or a good 100m taller than the Burj Khalifa, and promises to revitalise property development in the Dubai Creek area.