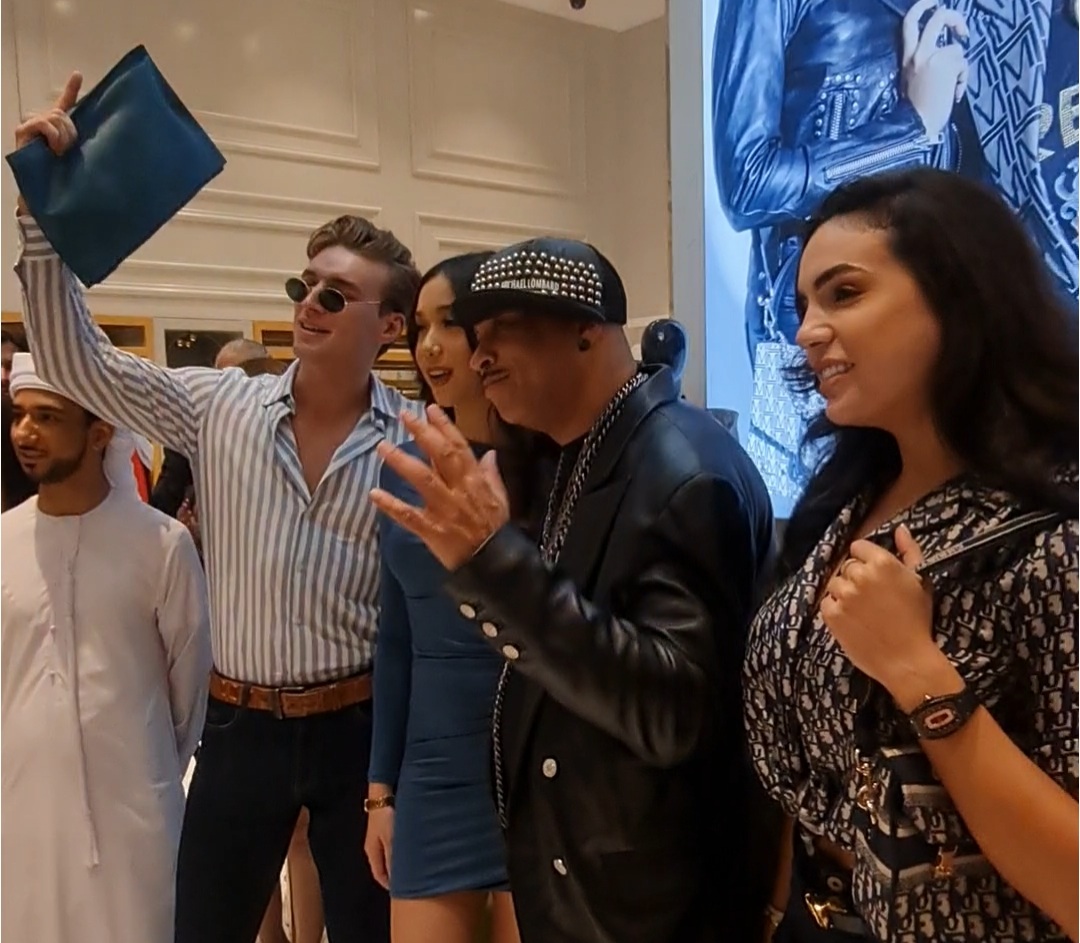 Nestled close to Gucci, Balenciaga, YSL, Louis Vuitton, and several others boutiques, Michael Lombard’s iconic designer house opens its doors in Dubai Mall’s Fashion Avenue - an exclusive address accessible to only the very best in the world of fashion.

The iconic store features everything Michael Lombard, starting from his latest and very best runway pieces to a variety of garments and accessories including jackets, coats, skirts, handbags, sneakers, dresses, and his upcoming signature fragrances. After Virgil Abloh, Michael Lombard will become the second black designer to open a flagship store in Dubai Mall’s Fashion Avenue.

The celebrity designer is known for his penchant for music and fashion and became widely known for his famous designer leather jackets. Hailed as the ‘King of Leather’ by Huffington Post, Lombard has dressed everyone from the world’s top athletes to celebrities including Bebe Rexha, Paula Abdul, LELE Pons, Prince Royce, Tiffany Young, OVY On the Drums, Emilia Mernes, Corey Taylor, and many others.

Lombard’s exclusive designs and unique pieces have graced top runways all over the world from the New York Fashion Week to Paris Fashion Week. His statement pieces have also received an overwhelming response across London Fashion Week, LAFW, Milan Fashion Week, Amsterdam Fashion Week, and in places such as Cape Town, South Africa, Dubai, Budapest, India, and several others.

Michael Lombard and his unique fashion sense has captured the imaginations of the world. The celebrity designer has graced the covers of 32 international magazines, is published in over 100+ magazines, and covered by over 125 news outlets. Vogue, ELLE, L’Officiel, Style, Cosmopolitan, Glamour, GQ, Forbes, Galore, Maxim, and several others feature Michael Lombard and his collections regularly.

Lombard started his career within the music industry but soon discovered his passion for fashion. His first stint was the creation of leather jackets that were an instant hit. He was soon approached by the New York Fashion Week and went on to showcase his work in major cities and prestigious runways all over the world.

Iconic American celebrity fashion designer, Michael Lombard, started his career off as a record label executive under Atlantic Records. He then realized his passion for design and fashion after being inspired by the rockstar aesthetic. Dubbed “The King of Leather” by Huffington Post, Michael Lombard’s collection of clothes and accessories has been worn by a diverse set of A-listers ranging from singers, actors, and professional athletes across the globe.