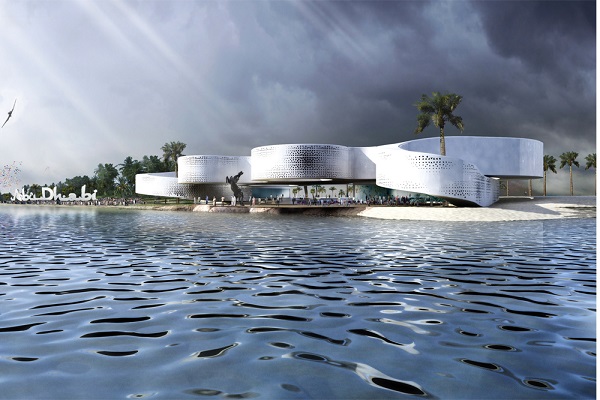 A new exhibition at Manarat Al Saadiyat will give the public the opportunity to experience a glimpse of what the planned Natural History Museum Abu Dhabi will offer. Inspired by the architectural vernacular of the museum, which is designed to resemble natural rock formations, the exploratory space will tell the curatorial narrative of the Natural History Museum Abu Dhabi through a selection of objects from the museum collection.

Key exhibits include ‘Stan’ the 67 million year-old T. rex skeleton – a remarkable, mostly complete 39-foot-long (11.7 metres) Tyrannosaurus rex, which is one of the best preserved and most studied fossils of this iconic predator from the Late Cretaceous Period. Known by scientists around the world, years of scientific studies of ‘Stan’ have furthered our knowledge of countless aspects of T. rex.

This will be joined by the 7 billion year-old Murchison Meteorite, which famously crash-landed in Australia more than 40 years ago and has since revealed to scientists new information about the early solar system. Containing a huge range of organic ‘stardust’ compounds as well as pre-solar grains which formed over 7 billion years ago – long before our current solar system existed – the meteorite provides ancient insight into the very building blocks of life.

As well as learning about life before our planet existed, and the species that roamed the Earth long before humans, visitors will discover what Abu Dhabi was like 7 million years ago – when the emirate’s western Al Dhafra region was a rich landscape of rivers, savanna grasslands and forests.

The exhibition will introduce visitors to the story of the Natural History Museum Abu Dhabi, which is due for completion in 2025. Once open, the museum will take visitors on a 13.8 billion-year journey through time and space, and include a thought-provoking perspective into a sustainable future for planet Earth.

The exhibition, which will take place at Manarat Al Saadiyat, will run until 12 May.