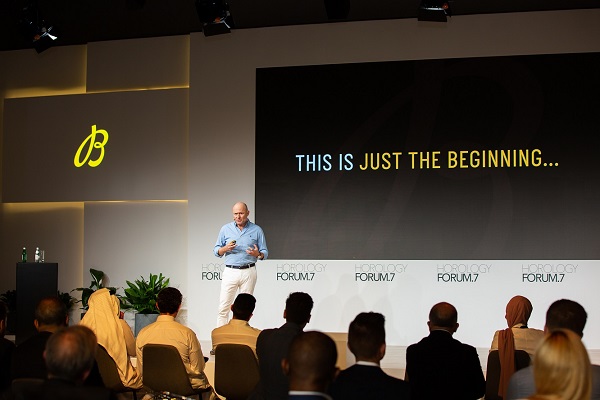 Speaking at the event Breitling CEO Georges Kern said, “After the successful global launch of the Super AVI in Dallas, USA last week, we are thrilled that the Super AVI is making its Middle East debut at Dubai Watch Week, an event which we are very proud to be a part of. This collection embodies that sense of nostalgia for the early days of aviation when pilots relied on their watches as onboard tools. But you don’t have to be a pilot or vintage-aircraft buff to appreciate the exceptional craftsmanship and rugged design.”

The Super AVI takes its inspiration from four legendary planes: the North American Aviation P-51 Mustang, the Vought F4U Corsair, the Curtiss P-40 Warhawk, and the de Havilland Mosquito. Its launch marks nearly a century of aviation timepieces from a brand that has shared some of the field’s finest moments. From brave first takeoffs to the birth of commercial air travel, Breitling’s history is inseparable from that of flight.

In the 1930s, Breitling’s Huit Aviation department made its name inventing precision cockpit clocks for the then nascent field of aeronautics. Two decades later, in 1953, Breitling introduced the world to yet another novel flight instrument, this time in wearable form. The Ref. 765 AVI pilot’s watch was an instant hit and a first of its kind that inspired many others. Beloved by aviators, it quickly became known as the “Co-Pilot”. In 2020, Breitling also launched the AVI Ref. 765 1953 Re-Edition, a carefully researched and crafted re-edition honoring this classic chronograph’s legacy.