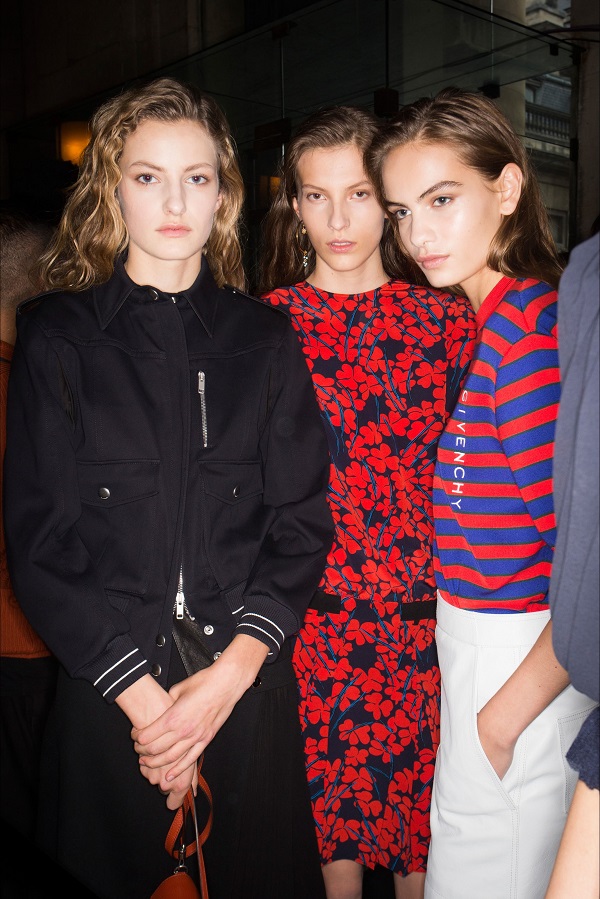 Clare Waight Keller spent her summer travelling through the archives of Givenchy, the house she joined in May after leaving Chloé. The distinct signature of her predecessor Riccardo Tisci, who served at the house for 12 years, eventually turned Givenchy into an entirely new brand, driven by his love for South American culture and sportswear. So the classic codes of Givenchy - which its founder sold to LVMH in 1989 - were Waight Keller’s for the taking. She let fate lead the way. “I was less interested in clothes and more interested in his sketches,” she said, referring to Hubert, the count she’s now on a first-name basis with. “If you look at his sketches they’re so expressive, so dynamic and so spontaneous. And if you look at the clothes it’s sort of another thing. So I wanted to get back into that expression.”

At Chateau de Jonchet, she recognised exotic elements she’d seen in his archives not popularly linked to the legacy of Givenchy. “In a super chic way, there was the tiger, the zebra, the leopard,” she recalled. “It’s not a territory that’s that known but you look through the archive and there’s tons of it. You think about the little black dress, but I talked to him about colour because I wanted to be quite graphic with what I was doing here.” Waight Keller set her foundation with black, navy and white, and then she let loose - in hot reds, snow leopard, and bold stripes. “Things you wouldn’t think of when you think of him,” she noted. “But there is a playfulness in what he did.”

In her debut show on Sunday morning at Palais de Justice, which also marked her first foray into menswear, she translated the graphic elements she’d detected in the Sixties and Eighties corners of the archives - more specifically 1961 and 1981 - into cut-glass silhouettes with the structured, super-sharp shoulders she’d seen in the sketches of Hubert de Givenchy, in bossy knife-pleat skirts and dramatic pleated ruffle dresses. Waight Keller took the feline motifs she’d found it the very early stages of the house’s heritage, in 1951, and developed them into claw marks, tufted on garments in velvet.