Revitalizing the Mediterranean Sea: Zenith Partners with the Medsea Foundation to restore seagrass

Bolstering its commitment to environmental action and a cleaner future, ZENITH is announcing its partnership with the MEDSEA foundation to support its project to replant carbon-absorbing seagrasses in the Mediterranean Sea.

During the Extreme E Island X Prix race in Sardinia last year, ZENITH – the electric rally racing championship’s Official Timekeeper and Founding Partner – took part in the local Legacy Programme, an initiative led by the MEDSEA foundation to restore the Posidonia oceanica meadows in the Mediterranean Sea, the jewel of Europe and the closest open body of water to Switzerland. One year later, a new partnership between ZENITH and MEDSEA is born to amplify its activities and reduce CO2 emissions.

Supported by the ZENITH HORIZ-ON platform as part of the brand’s growing number of initiatives and associations to tackle the effects of climate change, MEDSEA is a nascent project with a long-term plan for the coming years. ZENITH and MEDSEA have opted to intervene in the Marine Protected Area “Capo Testa Punta Falcone”, in the Municipality of Santa Teresa di Gallura on the northern coast of Sardinia. The objective for the first year is to revitalize an area of 200 m2 of dead matte by planting of 4.000 uprooted Posidonia oceanica cuttings. MEDSEA will constantly be monitoring the health of the planted Posidonia as well as the measurable impact of its project and will be able to provide figures and feedback on the CO2 emissions sequestered and fixed by the Posidonia plants. 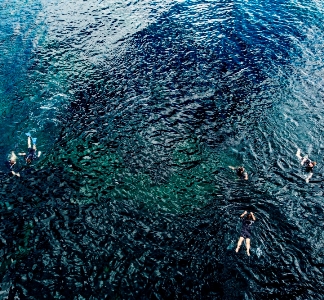 “It's easy to overlook how the magnificent Mediterranean Sea is in fact one of the most polluted seas in the world. As Europeans, the Mediterranean holds a fond place in all our hearts, and the time to act and reverse years of neglect is now. That is why today, I’m humbled and proud to announce that ZENITH is lending its support to this project, which is already showing very promising results and is a perfect fit for our HORIZ-ON platform for corporate social responsibility and environmental action”, stated ZENITH CEO Julien Tornare.

MEDSEA aims to restore the habitat of the Posidonia Oceanica, a marine plant endemic to the Mediterranean Sea providing an important habitat for marine species and having a crucial role in reducing CO2 emissions as a “blue carbon” store to mitigate climate change. Due to rising sea temperatures, Posidonia has suffered degradation to its natural habitat and a drastic drop in the number of plants over the last few years, putting its ability to sequester carbon in peril.

In fact, seagrass in general is believed to be one of the most rapidly declining ecosystems in the world. Even though it only occupies 0.2% of the ocean floor, seagrass stores 10% of the oceans’ carbon and can capture 30% more from the atmosphere than its tropical rainforest equivalent. This unique capacity to capture and store carbon makes preserving seagrass ecosystems one of the most vital steps in mitigating the effects of climate change. And as the “lung of the Mediterranean”, Posidonia’s positive impact on carbon emissions affects the entire region – including Switzerland.

MEDSEA founder Alessio Satta shared, "We are delighted to have undertaken a long-term strategy with ZENITH for the restoration of coastal marine ecosystems in the Mediterranean, starting here in Sardinia with one of its most endangered endemic species: Posidonia oceanica. For us at MEDSEA, it is very important to take concrete restoration actions that generate a tangible impact. With partners like ZENITH, with whom we share values such as perseverance and determination, we will be seeking more ambitious goals and results. It's definitely the time to reach our star!".

ZENITH is committed to supporting the MEDSEA Foundation over the coming years and looks forward to sharing the progress of this unique initiative.