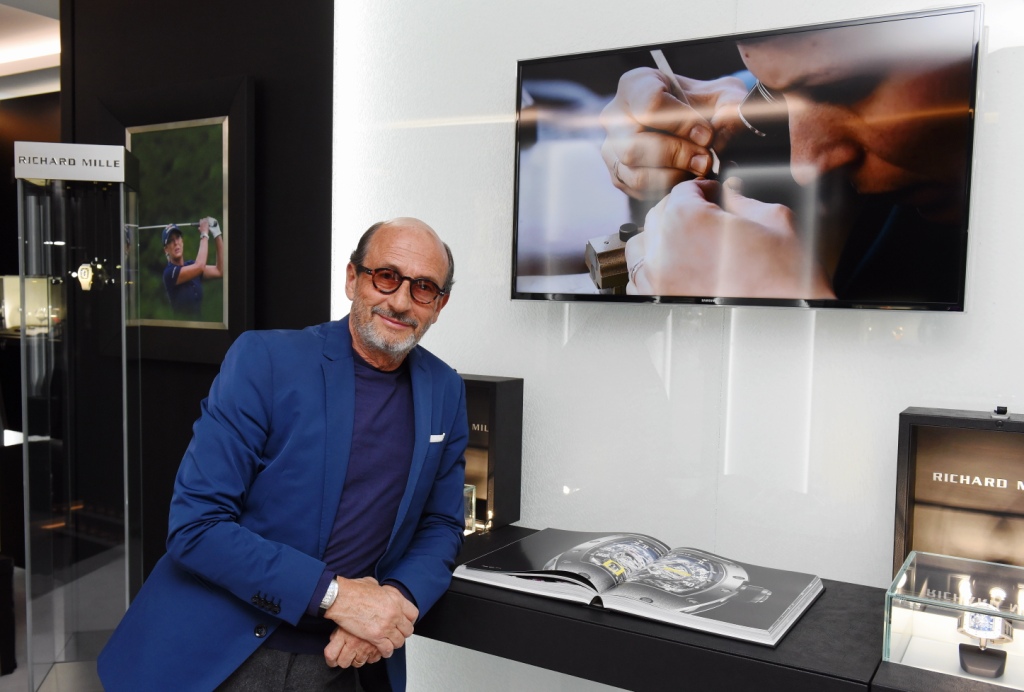 The year 1999 is a red-letter year in the history of watchmaking as it witnessed the launch of Richard Mille. Not for this brand the classic or the cliche. It is verily the ‘extreme watchmaker’. Inspired by the heady realm of F1 racing every aspect of this brand’s watch, from the shape of its case, the material and the techniques adopted in crafting each minute part leave one dazed by their detail. Is it little wonder, that its creations are the most expensive ones for your wrist? Aviamost reveals what went behind the creation of this 15-year old watchmaking icon and its unrelenting attitude to reach for the stars

In Richard Mille’s timepieces you will discover that form follows function while an uncompromising attitude dictates every operation involved.

Its sandwich-style watch cases with their characteristic, ergonomic shapes for instance are made up of three decks – front and back bezels and the middle section each of which is curved and therefore highly difficult to machine. Even those models that are rectangular such as the RM 016 and the RM 017 tourbillon or round like the RM 025 and RM 028 have a signature style.

So it was not just design but destiny that witnessed the launch of this eponymous brand’s very first watch – the RM 001 Tourbillon in 2001 as it marked the beginning of a new and exciting era in extreme watchmaking. But to go the beginning, it was two years before that in 1999 this brand was founded by its genius watchmaker Richard Mille.

The Man and his Magic

Born and raised in France’s Var region in the town of Draguignan, Richard Mille travelled to Great Britain at the age of twenty. In 1974, he was hired as export department manager for the French watchmaking company Finhor, in Villers-le-Lac. When Matra took over the firm, he became Director of Export for all wristwatch brands.

It was his new position as President of the watchmaking division and CEO of the jewellery division of Mauboussin at Place Vendome that allowed him to become directly involved in the creative processes of watchmaking. And at the age of fifty, he decided to create his own brand, with a uniquely new, 21st century approach. Presenting his plans to his contacts at APR&P and his friend Laurent Picciotto, all of whom reacted positively, he contacted another friend in Les Breuleux, Dominique Guenat, owner of Montres Valgine, who agreed to go into business with him.

It was risky of course as Mille planned to develop one product only, the watch of his dreams; with little regard for production costs. So when the RM 001 was released in 2001, its 200.000 Euros price tag placed the brand at the peak of the luxury market, but also with low sales projections. However, it met with immediate success and several hundred confirmed orders and the rest is history. Today, 13 years later, the brand has definitively reached the pinnacle of horology.

Racing machines on your wrist

Richard Mille’s success is founded upon three crucial elements: the best in technical innovation, the best of artistry and architecture, heritage and culture of fine watchmaking with hand finishing.

The source of inspiration behind the creation of the RM 001 can be found in concepts and materials associated with F1 racing car design and development and indepth research. It saw Richard Mille’s watches undergo improvements in baseplate rigidity, the precision of the going train gear teeth and the application of additional flexibility to specific parts of the movement, thus providing supplementary shock resistance.

As its founder puts it, “It is an expression of my love for all things technical, and for automobiles and aeronautics in particular. My watches are efficient and uncompromising, with no use of gimmicks.” The typical spline screws used for instance are the result of months of development and investment with each requiring more than 20 operations during its manufacturing process.

Horometrie SA was established by Richard Mille and Dominique Guenat in 2001 in Les Breuleux, not far from the busy watchmaking centers La Chaux-de-Fonds and Le Locle. It was later enlarged to include Montres Valgine, a company originally founded by Guenat family more than a century before. Both combine their efforts and expertise in terms of the development, production and distribution of Richard Mille watches worldwide while a new Richard Mille watch cases factory, Proart, opened in April 2013 in Les Breuleux (Swiss Jura).

Each Richard Mille timepiece is subjected to the most rigorous quality controls. Its experienced watchmakers control every spare part before it is assigned a place in inventory. From each titanium screw of the watchcase to the smallest parts of the movement, watchmakers first examine all spare parts closely (distance of 30 cm) with the naked eye to make sure there are no scratches.

Some of its most emblematic models include the RM001 which boasts for the first time in the history of watchmaking a titanium movement baseplate and a torque indicator. The RM 004 column-wheel chronograph has an improved split seconds mechanism that virtually eliminates the unpredictable jumping of the seconds-hand from which many split seconds chronographs suffer. In its RM 07-01 Ladies the RM patented crown construction replaces the traditional system and is no longer connected to the interior of the movement directly.

Its RM 008 pairs a tourbillion with a split seconds mechanism and was the first new split seconds chronograph design of the 21st century. In 2007, Richard Mille released the RM 011 developed in collaboration with Felipe Massa taking its cues from the high-tech engineering of F1 racing cars to deliver uncommon precision.

The RM 016 in 2007 features an extra flat, rectangular case whose manufacture and assembly of its three sections require 202 separate operations. In 2008, Richard Mille interprets the jeweled watch with the RM 018 “Hommage à Boucheron” its moving parts are chiseled from precious and semi-precious stones, all of which are unique to each watch. Unveiled in 2009, the RM 016 Titalyt® has a grade 5 titanium casing treated with Titalyt®, a first in watchmaking.

The brand is also Main Sponsor for events such as the Le Mans Classic, Les Voiles de Saint Barth, or the Richard Mille Invitational and the Lacoste Ladies Open. Deeply appreciative of men and women who are capable of taking on extreme challenges in their respective domains its famous brand ambassadors include 24-year-old Jamaican Yohan Blake, the world’s fastest sprinter, Pablo Mac Donough the Argentinean polo player who has the RM 053 Pablo Mac Donough dedicated to him and Romain Grosjean, the official Lotus driver while the partnership between Rafael Nadal and Richard Mille has led to a string of successes, on the courts for the Majorcan tennis champion. Since 2004, Felipe Massa has accepted the challenge to drive every F1 Grand Prix with a Richard Mille watch on his wrist. Women ambassadors include Italian golfer, Diana Luna and internationally well-known movie star Michelle Yeoh.

Since its creation in 2001, Richard Mille has been represented in the most prestigious points of sale worldwide and continues to expand, with the opening of 17 boutiques under its own flag. In addition to Hong Kong, Singapore, Shanghai, Beijing, Geneva, Beverly Hills and London, new boutiques were opened in 2013 in Abu Dhabi, Jakarta, Seoul, Kuala Lumpur. Within the next two years, around 10 Richard Mille Boutiques are expected to open, in locations such as Paris, London, Doha, Milan, New York and Bangkok.