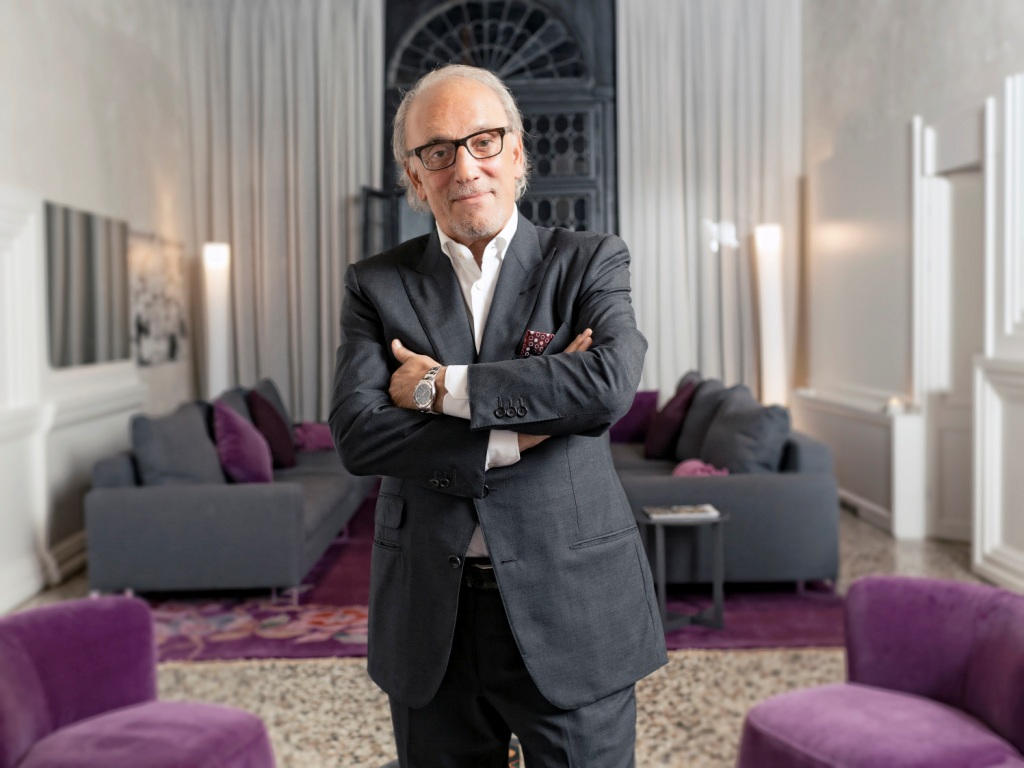 Speaking about the milestone anniversary, Roberto Coin, President of the Roberto Coin S.p.A, said: “I am extremely delighted to celebrate two decades of trend-setting success in the fashion and jewellery industry worldwide. Celebrating this special anniversary in Dubai, the world’s hub for luxury, truly reflects the vision for the brand as we continue to strive towards design excellence beyond borders.”

Roberto Coin jewellery has markedly evolved and has been reflective of key trends through the decades. Three key pieces that speak volumes about the brand’s identity became a source of inspiration for the gala event - the breathtaking Cobra Necklace in black gold with black and brown diamonds, the stunning Cento diamonds Cascade Necklace featuring diamonds with 100 facets, and the beautiful Spider Animalier Bangle in yellow gold with brown diamonds – inspired everything right from the menu, to décor and ambience, all three statement pieces ruled the show.

“It is a fantastic feeling to see the brand not only grow tremendously on a global level, but to also continually contribute towards shaping trends and the very definition of luxury over the years,” added Coin.

Founded in 1977 in Vicenza - the city of Gold - Roberto Coin initially designed and produced fine jewellery for prestigious international brands. In 1996, Roberto Coin made the decision of launching a brand bearing his own name. By that time, Roberto Coin’s creativity manifested itself in every imaginable form, together with concepts of uniqueness, excellence and social responsibility, all of which played a role in making Roberto Coin a recognized name in the history of the jewellery industry.

Ever since its establishment, Roberto Coin has made headlines around the world, and has been adorned by stars including Oprah Winfrey, Nicole Kidman, Salma Hayek and Jennifer Lopez.

Every Roberto Coin piece is uniquely designed and has a distinctive identity. Roberto Coin also personally signs every single jewel with a small ruby set on the inside as a special caring detail reserved for the women who adorn his works of art.

Such is the brand’s impact, that in 2010, Roberto Coin spoke at the UN pavilion in Shanghai about the importance of responsible luxury. A year later, “United Brands” released its 2011 list of the highest ranking jewellery brands worldwide, and Roberto Coin was in first place pertaining to fashion design jewellery. In 2014, the Pois Moi collection by Roberto Coin was awarded the Best Italian Collection in the world title by the International Palladio Award.

Today, Roberto Coin S.p.A has more than 1000 points of sale around the world. The brand is renowned for its dynamism as well as its highly exclusive customer care service that enables quick responses to the needs and characteristics of an international and diverse market.

Roberto Coin produces over 600 new models every year, in efforts to satisfy and meet distinct tastes and trends around the world.