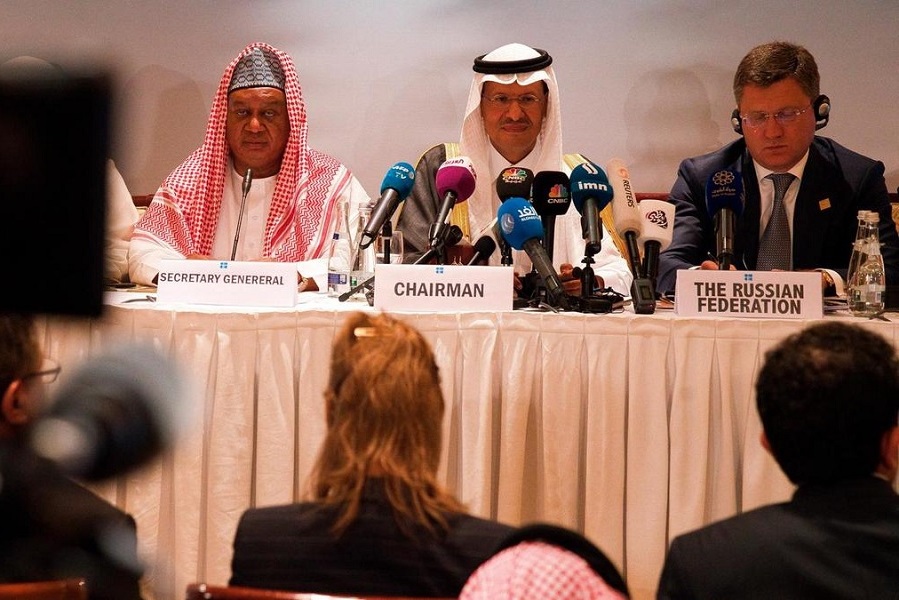 Russia has said that global commercial stockpiles of oil will be sufficient to make up for cuts in the market following the drone attacks on key oil facilities in Saudi Arabia that knocked out more than five per cent of global oil supply.

Brent oil skyrocketed as much as 20 per cent on Monday to $71 per barrel after coordinated drone attacks on the Abqaiq refinery and the Khurais oilfield, which Saudi and United States officials blamed on Iran. Iran-backed Houthi rebels have claimed the attacks, which may impact Saudi production for weeks.

"There are enough commercial reserves in the world to ensure that in the medium term the oil shortage that we see can be covered by supplies from commercial reserves," Russia’s energy minister, Alexander Novak, said Monday morning.

Saudi Arabia, the world’s largest exporter of supplying some 10 per cent of global demand, has yet to give clarity on how long it expects to restore output to 9.8 million barrels a day prior to orchestrated drone attacks on Saturday.

Mr Novak said it was too early to say whether Russia would increase output to make up for the drop in Saudi production, saying it depends on how long officials in the kingdom believe it will take to restore production levels.

"It all depends on a speedy assessment of the consequences, which is being carried out by our Saudi colleagues, from there it will be possible to understand the scale of the impact on production volumes and supplies," Mr Novak said.