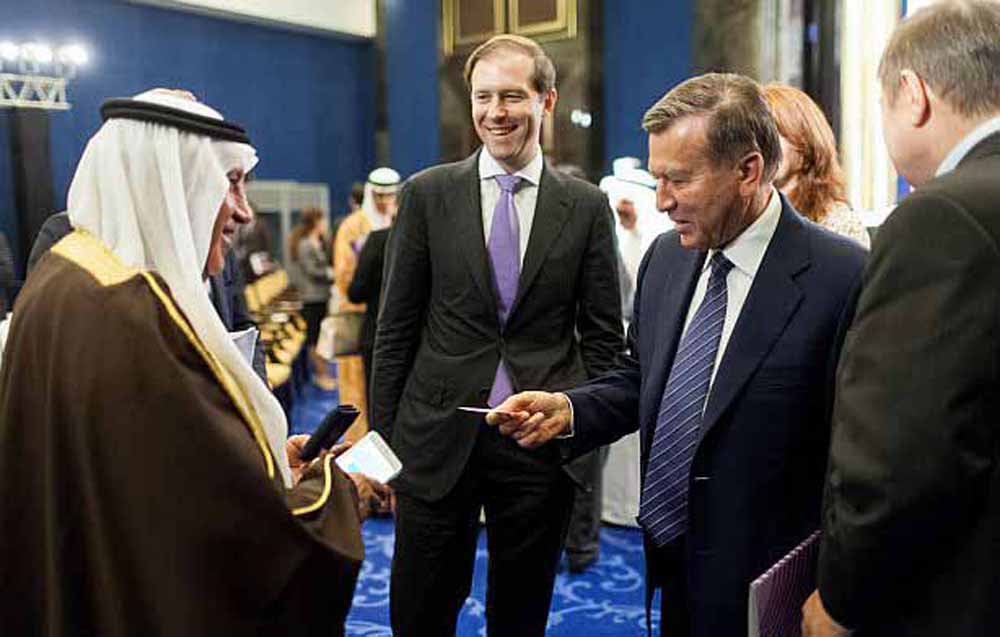 The fund’s management held a series of meetings with partners in the region, including ministries and agencies of Egypt, Middle Eastern investment funds as well as Russian companies interested in developing business in the Middle East.

Abu Dhabi — The Russian Direct Investment Fund, or RDIF, and investors from the UAE are planning to make investments in Egypt. In a visit to Cairo earlier this week, the RDIF was part of a Russian state delegation headed by Minister of Industry and Trade, Denis Manturov.

The fund’s management held a series of meetings with partners in the region, including ministries and agencies of Egypt, Middle Eastern investment funds as well as Russian companies interested in developing business in the Middle East.

“Egypt is of particular interest to a number of leading investment funds in the Middle East, who are also partners of RDIF. We have made the strategic decision to jointly invest in the most attractive sectors of the Egyptian economy. We have already started to develop specific projects that can strengthen the economic cooperation between Russia and Egypt. We see opportunities for significant contribution to the development of Egypt with the use of Russia’s industrial capacity and financial resources of our UAE partners,” said Kirill Dmitriev, CEO, RDIF.

A two-day event, titled ‘Trade and Industrial Dialogue: Russia-Egypt’, — opened in Cairo on Sunday and is tasked to demonstrate the investment and export potential of the two countries and help expand business contacts between them.

The forum was attended by officials from a number of Russian regions, including the republics of Tatarstan, Bashkortostan and Chechnya, and by representatives of more than 100 companies, such as AvtoVAZ, Uralvagonzavod, Tyazhpromexport, Uralkhimmash, Tractor Plants Concern, Irkut Corportation, United Aircraft Corporation, etc.

The investment part of the Russian delegation is headed by the RDIF and its CEO Dmitriev.

Russia and Egypt are enhancing investment cooperation as well. As trade representative of Russia in Egypt, Fedor A. Lukashin told the Russian news agency RIA Novosti that the Egyptian part had prepared 120 investment projects worth more than $135 billion for the meeting with the Russian delegation.

Furthermore, Russia has agreed to deliver 46 MiG-29 air superior fighters to Egypt and is soon expected to sign a deal worth approximately $2 billion, in what might become the largest order since the fall of the Soviet Union, Russia’s business daily Vedomosti reported, quoting a source close to the aviation industry. This is the second recent agreement by Russia to sell its aircrafts abroad.

At the beginning of May, a consortium of Chinese and Russian investors, including the RDIF, signed a framework agreement on creation of a leasing platform to support sales of Sukhoi Superjet 100 (SSJ100) passenger jets in China and Southeast Asia. The Russian-Chinese company is projected to acquire up to 100 SSJ100 aircraft from Sukhoi Civil Aircraft Company over three years at a cost of about $3 billion.