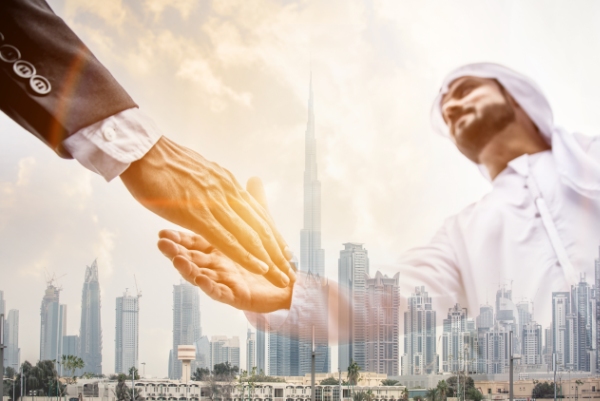 Few weeks ago, The Economist, one of the most respected economic studies sources in the world, posted a YouTube video titled "How to prepare for the next recession", warning that there are more findings indicating that after a decade from that last recession another recession is to come. Such recession would begin at emerging economies due their rampant public debts rather than big developed economies as US in 2008.

Among the most considerable measures that governments usually take to address recession on the local scale is to arrange with central banks interest rates cutting, currency printing to buy bonds, and increase the public spending.

UAE, as one of the leading emerging economies in MENA region, has announced many measures to foster growth and prevent UAE from fallen in any prospected global recession, in which increments on the public spending for the next three years are scheduled to secure both private and public sectors.

The first and most worth attention measurement, according to GulfNews, is the biggest federal budget in UAE history of Dh180 Billion for the next three years approved by UAE cabinet in the late September of this year, in which a percentage of 59% is allocated to education and social development sectors.

The second measurement, according to Forbes Middle East, is an economy reforming plan with a budget of $13.6 Billion approved in the late June of this year by Abu Dhabi Cowen Prince, His Highness Sheikh Mohammed bin Zayed Al Nahyan, to stimulus and accelerate growth of Abu Dhabi economy for the next three years.

The third measurement, according to GulfNews, is the new "low-insurance system" adopted by UAE cabinet in the late June of this year to replace the old monetary guarantee system of Dh3000 provided by employer per employee. The new system is a comprehensive insurance plan priced at Dh60 annually per employee; the insurance policy covers the end of service benefits, vacation allowance, overtime allowance, unpaid wages, return air ticket and cases of work injury, in which the insurance coverage amounts to Dh20,000 a person. The scheme is aimed at securing workers’ rights in the private sector and reducing the burden on employers, allowing businesses to recover about Dh14 billion in guarantees, freeing up capital for other purposes such as reinvestment.

The forth measurement, according to the national, is a housing plan approved by UAE cabinet, headed by His Highness Sheikh Mohammed bin Rashid Al Maktoum, amounting $1.9 Billion to build homes for Emiratis for the next three years. The plan does not follow UAE happiness, sustainability and quality standards alone, but it provides the construction sector with 7270 residential units to develop.

The fifth measurement, according to official announcements, is a set of new rules adopted by Dubai and Abu Dhabi governments that aims to empower entrepreneurs even further. That comes in alignment with the freshly introduced term "Gig Economy", in which employment as we know it today to shrink in favor of a more open employer-employee relationship being established. Gig economy is an independent worker based economy that defines the employment under temporary contracts between the employer and the employee. To that end, Abu Dhabi has launched the $700 startup-license through ADGM "Abu Dhabi Global Market", while Dubai has launched the "Go Freelancer" initiative that allows niche freelancers issuing work permits for an amount of Dh7,500 through DMCC free zone.

The sixth, according to official announcements, is that UAE to allow 100 foreign ownership percentage in companies of selected sectors by the end of this year, aiming to attract foreign investors and therefore boost economic growth after the three years slow down due to low crude prices.

Finally, according to AFP, UAE is top competitive market in MENA region and ranked 27th globally out of 140 countries in the report of 2018 issued by World Economic Forum.