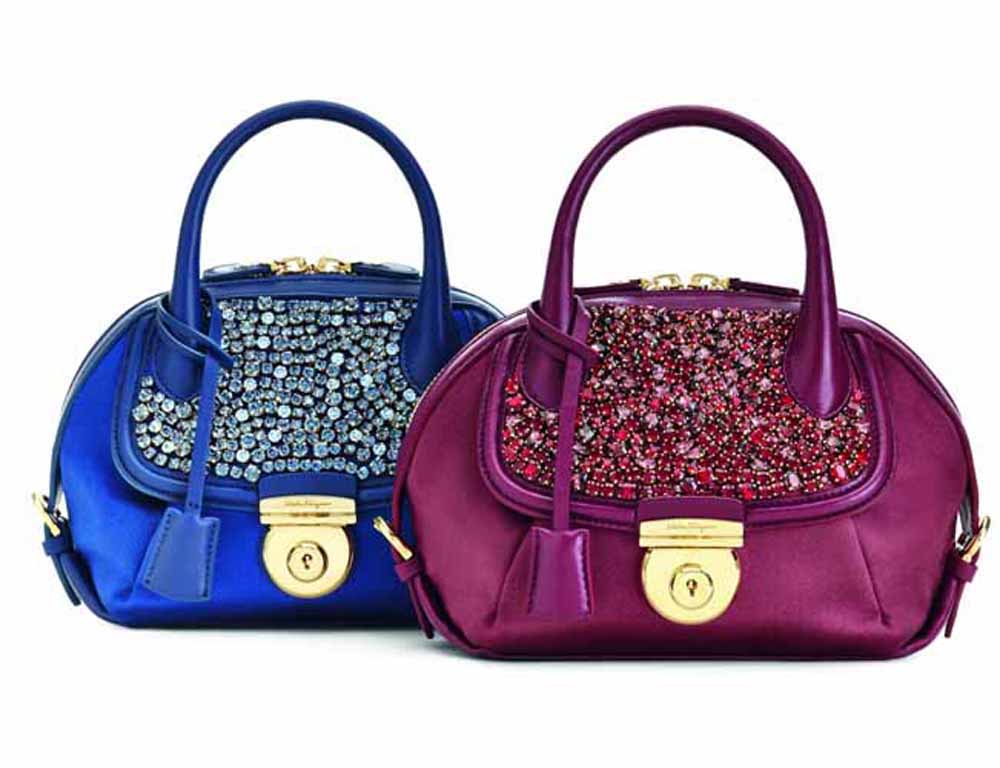 Runways were simply awash with metallic hardware right from dresses, gowns and jeans to accessories such as handbags, shoes and even hairclips! So give in to temptation and simply flash that bling to show who’s in (for the game that is)!

The classic material for studded attractions of all kinds is of course leather. It’s guaranteed to give you that rock-chic look (especially great with a bike in tow, some swashbuckling boots and of course, not-to-forget, those aviator glares). But as an alternative, denim is just as cool if not cooler. And you can catch someone’s eye with some well placed crystals on your pockets (back or front) or even over your belt for good effect. (Don’t overdo it though or it would seem you were headed to the disco).

But just in case you were (headed to the disco that is) Paco Rabanne has quite the strappy, shimmery LBD for you, with large round cut-outs at the side. Fashioned in a slinky fabric it’s designed to help you show off some groovy moves on the floor (that you’ve been secretly practicing all these weeks).

But to accompany you on a daily basis, this ‘star-studded’ season, Salvatore Ferragamo lures you with some sumptuously plump yet ‘bling’ arm candy. Swarovski of course makes your choice crystal clear with a very peachy-pastel, utterly feminine clutch for special evenings, while offering you some smart boxy numbers are Shoe Mart, DVF and Roger Vivier.

On the other hand, should you allow your feet to do all the talking, you have choices aplenty, starting from Chiara Ferragni at Saks Fifth Avenue’s popcorn motif slip-ons, Anniel at Sauce’s lace-ups and Essential Antwerp’s black loafers. Lavished all over with crystals, they’re designed to keep one’s gaze riveted on your feet.

For those with loftier aspirations, we present a terrific trio from Philip Plein, Giuseppe Zanotti and Sergio Rossi’s designed for those special evening affairs where you need to gently (yet cautiously) tiptoe the evening away.

A very classy, flame-motif, heeled attraction by Isabel Marant at Bloomingdales steps your way while Parah has a strapped and silvery pair of comfortable, sandals just ideal for that dreaded ‘Metro March’ most evenings (sigh).