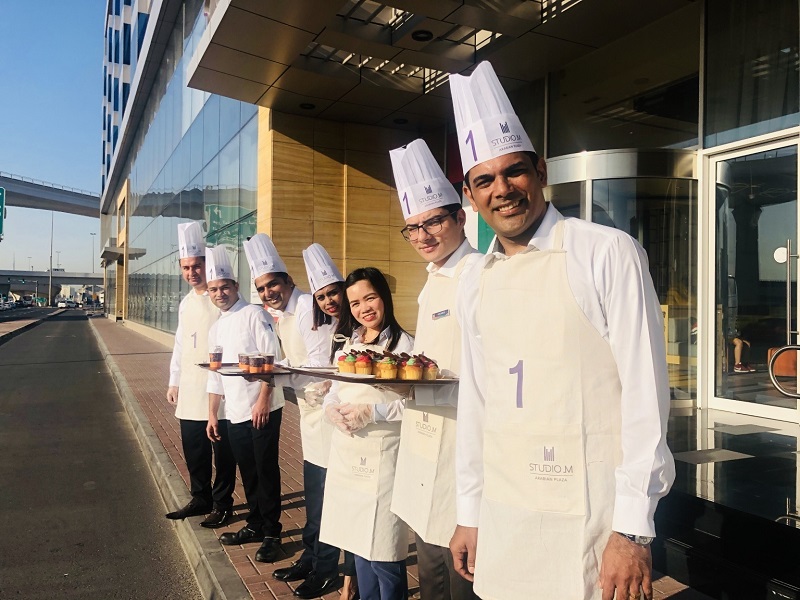 Studio M Arabian Plaza, a chic-urban and hassle-free hotel apartment has successfully completed its first year of operation. The one year anniversary of Studio M is a reflection of its utmost hospitality and services that received an incredible guest response throughout the year.

No anniversary is complete without a cake-cutting ceremony and to make the occasion even more memorable the cake-cutting took place amidst much fanfare in the presence of the hotel staff and the guests. A social media competition was held where one winner was rewarded with a complimentary stay in a one-bedroom apartment, for one night. Apart from this, a staff raffle draw was held and the winner was awarded a complimentary stay at the hotel for one night.

Upon celebrating the hotel’s successful one year, General Manager of Studio M Arabian Plaza, Ursula Chidiac commented, “It gives us immense pleasure to have reached a successful one year mark with a tremendous response throughout the year. It was indeed a busy first year and we can proudly say that we did it. Next year, with the Expo 2020 we are positive about the guest influx; the proximity to the airport and the expo site gives the expo delegates more reasons to choose us for their hassle-free stay.”