Stylish times are here to stay 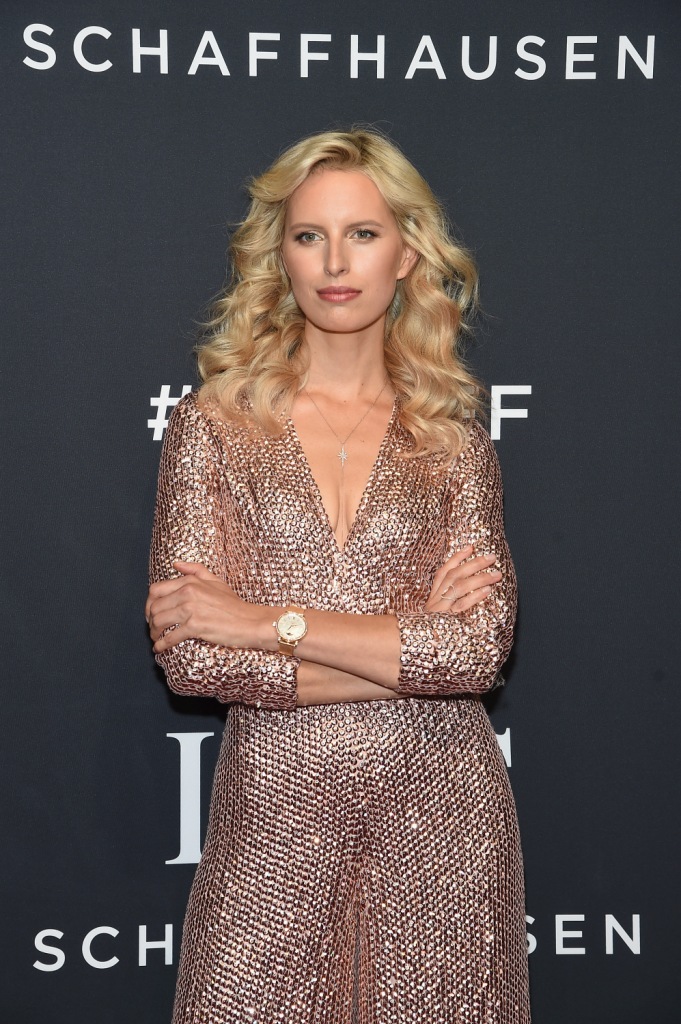 At this year’s Tribeca Film Festival® in New York, IWC Schaffhausen celebrated the art of filmmaking and showcased its support for emerging artists at the fifth annual “For the Love of Cinema” gala dinner. The Swiss luxury watch manufacturer presented the IWC Filmmaker Award to Chinese auteur Chloé Zhao for 2017. Present at the gala event was its lovely brand ambassador Karolina Kurkova flaunting IWC’s Portofino Midsize Automatic Moon Phase watch featuring a mother-of-pearl dial and 66 diamonds on its bezel

A.Lange & Sohne's new 36.8mm Little Lange 1 Moon Phase is a reduced version of its Lange 1 Moon Phase launched last year. Its eye-catching silver dial features a circular guilloche with applied rose gold Roman numerals on the sub-dial for hours and minutes without the guilloche. The lunar disc too is in silver with pink gold moon and stars and a seconds hand. It has an oversize date at 2 o’clock and a 72-hour power reserve at 3 o’clock. It’s manually wound L1212 movement’s lunar complication needs to be corrected one day in 122 years.

Faberge’s Lady Compliquee Peacock was first launched in 2015 and went on to win the award for the Best Ladies High-mechanical timepiece at the d’Horlogerie de Geneve. This year it is presented in an eye-catching, 38mm white gold version with a dial featuring a hand-engraved peacock set with 157 snow-set round diamonds, 52 rubies and six cabochon rubies. It is powered by an exclusive Faberge manual-winding 6901 movement.

Founder Pierre Jaquet-Droz’s love for nature is perpetuated in its brilliant 41mm rose gold Petite Heure Minute Relief Seasons Summer. It has a mother-of-pearl hand-engraved dial with off-centred hours and minutes dial at 12 o’clock. The blue tits are recreated in astonishing reality against large sunflowers in the background enhanced by the hands and the domed sapphire glass. It comes in just 88 pieces and is powered by the Jaquet Droz 2653.Si, self-winding mechanical movement with 68 hours power reserve and comes with a certificate of authenticity signed by the very Jaquet Droz Ateliers d’Art artisans who devoted their passion to the piece.

Ulysse Nardin’s popular Jade collection debuts five new editions with handcrafted dials flaunting rare enameling techniques: three are Grand Feu editions while two are Cloisonne editions. In the latter we have Lionfish in rose gold whose gills have been partly featured in the piece with a floral flourish. Its movement incorporates Silicium components for high precision and durability and it boasts anti-reflective sapphire crystal and case back and water resistance to 30m.

Sophisticated shapes highlight Versace’s new line of Idyia watches. Its 36mm case is a play of shapes within shapes. Set into the round base is a faceted ten-sided top ring with a polished or diamond-studded edge that contrasts with the satin-finish surface. Its dial features a luminous macro Greek Key with alternating polished and matte effect, while at 12 o’clock and on its octagonal crown is its signature 3D Medusa. Its metal bracelet is composed of hexagonal elements recalling Versace’s typical metal mesh.