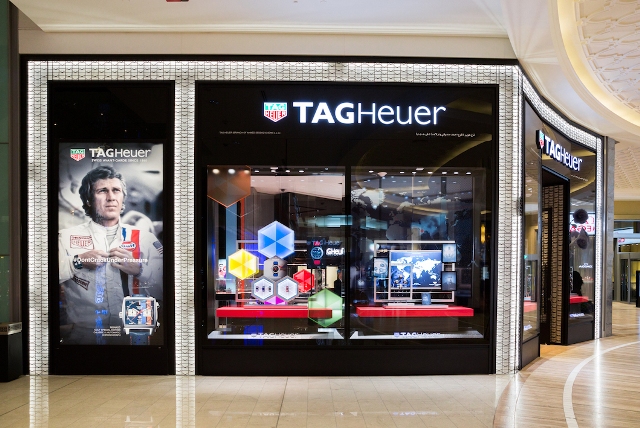 TAG Heuer is proud to present the carefully curated Museum in Motion global exhibition which comes to Dubai for the last two weeks of April, and highlights heritage timepieces from the brand’s museum at La Chaux-de-Fonds. Following the positive feedback from TAG Heuer’s Globetrotter exhibition last September, Museum in Motion marks the first time these watches have left the museum and the first time the pieces have been exhibited as a group. Each exhibition is built exclusively around a specific and outstanding Carrera chronograph to celebrate the 55th anniversary of the launch of TAG Heuer’s iconic Carrera collection. Museum in Motion will also launch the Monaco Gulf Calibre 11 Special Edition timepiece for the first time in the UAE.

The Museum in Motion pieces selected showcase TAG Heuer's rich history, particularly in motor sport racing, and highlight the brand’s innovative craftsmanship in luxury sports watch design. Key timepieces include the iconic Heuer Carrera, which was designed by Jack Heuer in 1963 and made specifically for driver and sports enthusiasts alike, and TAG Heuer’s Calibre 11 Monaco Gulf Special Edition, equipped with the first in the world automatic chronograph, the Calibre 11.

Other iconic timepieces will also be on display at the Museum in Motion Exhibition, such as the Heuer Mikrograph, the first stopwatch accurate to 1/100th of a second equipped with an oscillating pinion. Due to its superior accuracy the Heuer Mikrograph was used for the Olympic Games in 1920, 1924, 1928.  The Museum in Motion Exhibition will display these historical pieces and more, showcasing the brand’s rich heritage and close links to the world of sport, especially the automotive industry. 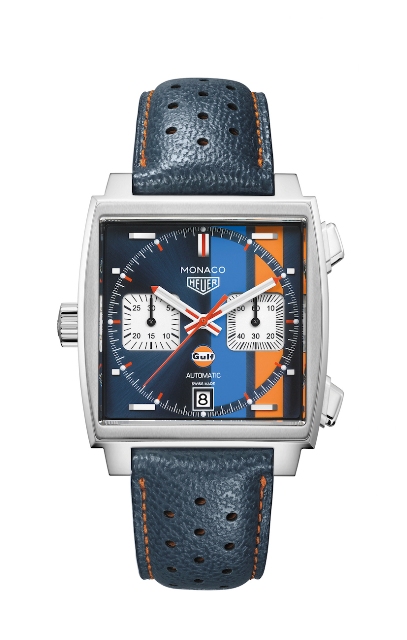 Museum in Motion coincides with the 55th anniversary of the classic Heuer Carrera timepiece, an iconic chronograph that has occupied pole position in the world of motor racing for 55 years. The collection takes its name from the legendary week-long "Carrera Panamericana" road race, for which TAG Heuer is both partner and Official Timekeeper.

A cornerstone of the brand since 1963, this avant-garde chronograph, forever associated with motor racing, wears its DNA with sporting pride and now features a brand new engine in its newest reincarnation as the TAG Heuer Carrera Heuer 02 –  the new Heuer 02 Calibre manufacture movement – along with a 43 mm modular case, a tachymeter bezel, and a skeleton dial with 3-6-9 counters.

This automotive chronograph still clearly predominates in the annals of watchmaking success stories. Avant-garde incarnate, from the first generation in the 1960s to the new Heuer 02 line, including the ultra-modern Connected Modular, the new TAG Heuer Carrera Heuer 02 is an authentic living legend, and is now available in 13 contemporary variants in steel, carbon, ceramic or gold with a metal, rubber, leather or ceramic bracelet, plus a 45 mm version with GMT function.

Launched simultaneously in Geneva and New York on 3rd March 1969, the Heuer Monaco was the first square and water-resistant automatic chronograph in the history of Swiss watchmaking. The watch was a break with the aesthetic codes of traditional watchmaking. However, the origins of the revolution lay inside the watch: The famous Calibre 11 that was the first automatic chronograph movement to be commercialised in the history of watchmaking.

The 2018 Monaco Gulf Special Edition is a new edition of the classic Heuer Monaco, launched in celebration of a new partnership between automotive icons TAG Heuer and Gulf Oil International.

TAG Heuer and Gulf Oil have crossed paths several times, but the most notable was in 1971, in the film "Le Mans", when Steve McQueen wore the first square and water-resistant automatic chronograph in the history of Swiss watchmaking, the Heuer Monaco, while driving a Gulf-Porsche 917K that featured the Gulf logo. In fact, McQueen insisted on wearing the watch throughout filming of the cinematic classic.

The Monaco Gulf Calibre 11 Special Edition has all the attributes of the classic Monaco, enhanced for the modern enthusiast. The colours of the iconic Gulf brand are referenced in the design and as a reminder of its origins and sporting pedigree, a light blue and an orange stripe of Gulf’s renowned racing colours have been added to the dial, while the Gulf logo also appears at 6 o'clock.

Museum in Motion will take place in Dubai Mall from April 15 and run for the last two weeks of April. Celebrating 55 years of the Heuer Carrera, as well as launching the Monaco Calibre 11 Gulf Special Edition in the UAE, the event highlights the history and heritage of TAG Heuer through a carefully curated selection of some of the brand’s La Chaux-de-Fonds museum pieces.