A Tour of Dubai’s Art Galleries 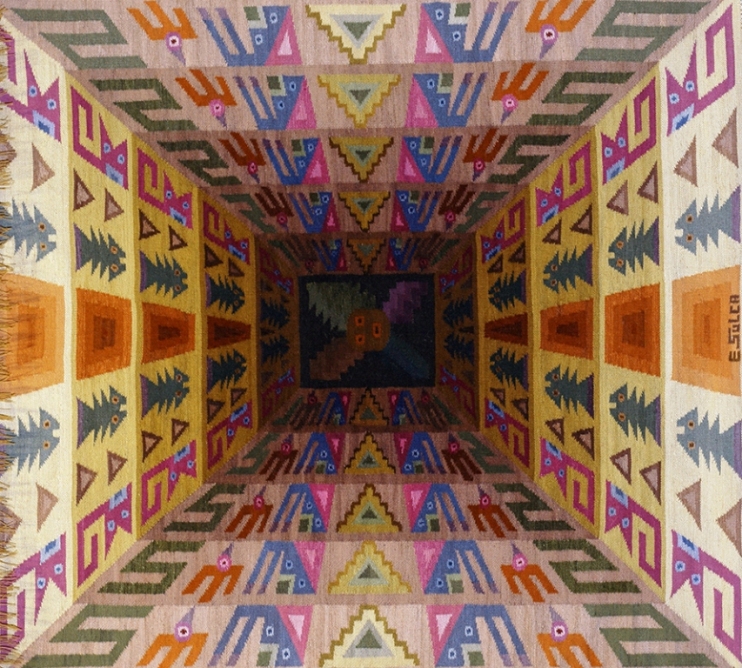 The art scene in Dubai is a sector that is constantly evolving and much like the city itself, change is the recurrent theme. The city itself is glowing during this time of year because, art fans are hyped up and ready to leave their daily routine to make time for some culture.

We start off on our art tour by heading to the DIFC area to visit the popular Art Sawa Gallery. The artwork displayed in it was profoundly compelling because both the Middle Eastern artists, Sara Shamma as well as Zena Assi have conveyed their ideas without hesitation.

Syrian artist Sara Shamma reveals her complex thoughts in “Diaspora” through the use of bold brush strokes that demonstrate her understanding of three-dimensional form. In some of her works such as “UNTITLED 2013” she contrasts her painterly strokes with a shift in texture where the figure tends to appear like a monochromatic shadow. Shamma is unique because she does not portray the agony of war in a generic way instead she captures the trauma through the eyes and expressions of the people that have witnessed it. Her bold swirly strokes that carry a firm exterior structure is what truly makes her style exquisite and recognizable to the public.

Zena Assi the other artist exhibiting at Art Sawa is Lebanese and similar to Shamma, Assi does not depict the corruption in her country in a predictable manner in “Bug Soldiers”. Instead she plays with metaphors like the ones found in Kafka’s Metamorphosis, or William Golding’s “Lord of the Flies”. The soldiers in her works have mutated into delicate insects by growing wings, indicating their relative insignificance and insignificance. No longer seen as men, they are only recognized by their designated “Bug Soldier” number. In “Bug Soldier #59742” for instance,  it is apparent that the subject is frustrated and burdened, he carries so much weight in his seated posture yet he has no chair because comfort is unavailable. He only has fragile small wings that can barely even lift him, and as he is weak and exhausted he lacks the power to fight and stand tall. Her characters all carry a jaded look because they have constantly been trapped in an ongoing, seemingly endless battle, in a place that they once used to call home.

Cube Arts Gallery is celebrating Ramadan by hosting two pop-up exhibitions. The most recent, titled “Voices of Spirits” took place at The H Hotel on Sheikh Zayed Road. As mentioned by Lulwah Al Humood the director of Cube Arts “It’s nice to get people acquainted with the contemporary movement; calligraphy and geometry”.

The Islamic art work presented in both venues during Iftar, adds an artistically cultural element to the atmosphere. It also widens the audience among expats attending the Iftar for ethnic art of the region, bringing the universal message of Islamic art and imparting a culturally richer experience. For further details contact: 04 359 3449.

La Galerie Nationale located in Al Quoz industrial area is exhibiting a series of powerful images titled “MZUNGU, The Aimless Wanderer” that were taken across Africa by a Lebanese photographer named Christian Ghammachi, which will be running until 29th of July. Mzungu is a Swahili for someone who aimlessly wanders around. Today it is more commonly used to label a westerner or a foreigner. Ghammachi developed an attachment to the word Mzungu throughout his journey because the African people referred to him by that word.

All of these images were taking during Ghammachis six month motorbike adventure from Cape Town to Djibouti in 2014. He passed through sixteen African countries and drove for over 19,000 kilometres. His elaborate series demonstrates the beauty found in the most unexpected corners of the streets and faces of the African locals. Most of the artist’s inspiration for photography originates from Africa, as he was captivated by the everlasting beauty of nature, the power of the human expression and the abandoned corners of Africa. For further enquires contact: 04 380 46 52.

XVA Gallery and XVA Art Hotel located in the Al Fahidi neighborhood, were created by the Bastakiya Art Fair to raise awareness about contemporary art practice in Dubai. The venue itself is located in Dubai’s oldest area and XVA used to be the house of a prominent local family, the Seddiqi’s. It was refurbished a couple of years ago by Mona Hauser and her creative team. The hotel is a quaint hidden gem in the heart of old Dubai with 10 guest rooms, three wind towers, two courtyards, an award winning restaurant and an inviting lounge surrounded by intricate artwork. The 10 individually designed rooms are unique each carrying their own artistic ambience.

The space is unlike any gallery in Dubai and combines the modern flare of young, upcoming artists with the traditional beauty of the 150 year old estate that evokes a strong sense of nostalgia and calm. The history of each wall that the art is displayed adds depth and layers to the beauty of the experience.

The artists that exhibit in XVA gallery mostly use natural elements in their work such as rocks, plants, sand and plaster. Halim Al Karim, one of XVA’s known artists, displays his work in the main courtyard of the gallery, to allow the viewer to examine the work in a comfortable non-gallery environment. The natural elements presented in “Chaos”, a series of powerful multi-media artworks includes sculptures that transport the viewers into a world that lacks order, time and space; a universe where suddenly everything is possible.

The current exhibition titled ‘seeds from the desert’ will be ongoing until the 30th of September 2015 and presents individual pieces by the artists, Gazmend Kalemi and Miriam Humer as well as their collaborated work. Kameli’s masculine style complements the work of Humer’s more feminine portrayal of nature. Humer engages her viewers with meticulous illustrations focusing on the interconnectedness of nature. Her ability to link what would appear to be unrelated images from nature, such as the blossom of a plum tree to the serrated edge of a leaf, leaves the viewers enthralled. For more information contact: 04 3535383.