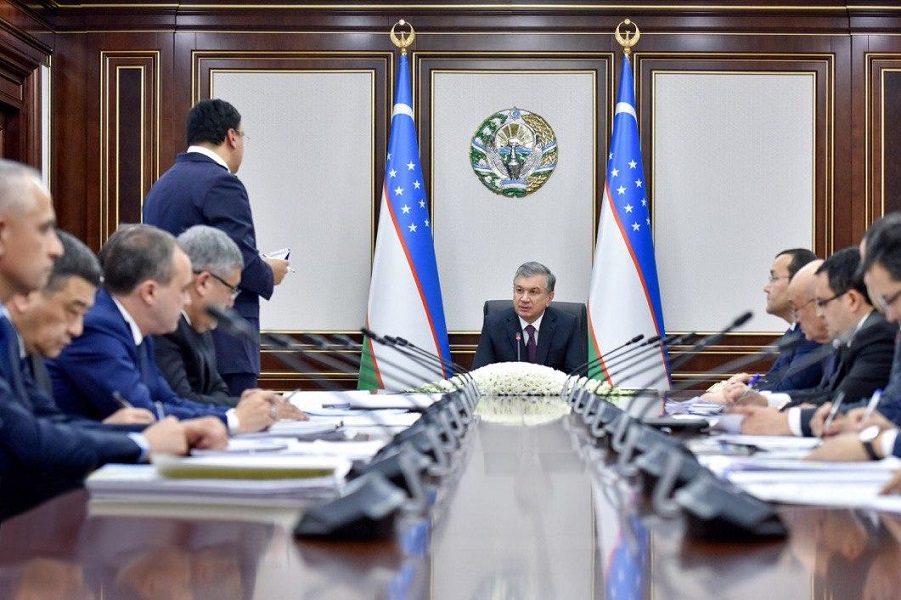 Today, the global tourism market amounts to nearly 9 trillion dollars. Every tenth in the world works in this area.

According to studies, tourists prefer to visit those countries where flight time does not exceed 5 hours. About 60 states and a population of 3 billion people are located in this radius around our country. Of these, nearly 360 million people travel annually. This is a huge tourism market.

Last year, 6.7 million tourists visited Uzbekistan. More than 10 authoritative foreign publications recognized our country as one of the most attractive tourist destinations.

In his recent Address to the Oliy Majlis, Shavkat Mirziyoyev noted that turning tourism into a strategic sector of the economy is a priority.

Domestic tourism also develops thanks to the efforts of the Head of the state, in particular as a result of consistent implementation of tasks outlined in the resolution of the President Shavkat Mirziyoyev “On measures for ensuring accelerated development of domestic tourism” of February 7, 2018, as well as the wellbeing of the population grows. However, there is an acute shortage of hotels complying with international standards and qualified guides.

In this regard, it is required to increase the number of hotels to 1.7 thousand this year and up to 3 thousand over the next 5 years. It is necessary to bring the number of family guesthouses to 2 thousand.

Due to this, it is planned to create annually at least 30 thousand new jobs in the tourism sector.

At the meeting were discussed the measures to be taken to achieve these indicators.

Along with the expansion of traditional types of tourism, the need for the development of its new directions was noted.

Instructions were given on development of therapeutic and prophylactic tourism in such areas of medicine, where the country has high potential, such as cardiology, urology, dentistry, ophthalmology, as well as attracting strategic investors to health resorts in Uzbekistan. The possibility of establishing close cooperation with trade unions of the CIS countries and a sharp increase in the number of tourists was indicated.

The State Committee for Tourism Development and the Ministry of Culture have been instructed to bring the number of objects included in tourist routes to 800 in the current year and 2.5 thousand by 2025.

The importance of implementing investment projects for development of winter tourism in 2020-2025 was emphasized.

Justified complaints from passengers cause a poor quality of service in airplanes and trains, expensive tickets. As a result, many choose the services of foreign carriers. It was noted that domestic rail and air routes could not withstand competition.

The Ministry of Transport and the State Committee for Tourism Development have been given instructions on the effective use of the “open skies” regime introduced at four airports in the country, opening new flights, increasing the number of high-speed trains, and lowering ticket prices.

Last year, foreign film companies in the country shot six feature films worth 1.6 million USD. At the meeting, it was noted that the establishment of a system of compensation by Uzbekistan for part of the filming costs of foreign companies would give a great impetus to the development of cultural tourism, as well as promote the image of the country in the international arena.

Uzbekkino National Agency has been given instructions to develop cooperation with foreign film companies and introduce mechanisms for organizing filming in the country.

During the consideration of the issue of training personnel for tourism sector, many unresolved issues in establishing a training system for workers in specialties in 20 higher education institutions, as well as in 3 technical schools and 9 colleges assigned to the State Committee for Tourism Development were noted. Tasks of introducing best practices in the learning process were identified.

Issues of development of physical education and sports were also discussed at the meeting.

The President’s Decree “On measures for further improving and popularizing physical education and sports in the Republic of Uzbekistan” of January 24 this year became a solid basis for further development of the sphere.

The decree defines measures to organize a system for formation of a high-quality sports reserve by specializing all districts and cities for at least three sports.

This year the task was set to build 269 football fields, volleyball, basketball and badminton courts, 178 halls for boxing, kurash, fitness and gymnastics, 32 tennis courts, and specific funding sources were identified.

Issues related to the implementation of this decree were considered at the meeting.

The Ministry of Physical Culture and Sports was instructed to identify those who wish and, together with the Ministry of Construction, to prepare standard construction projects in the areas of sports facilities using inexpensive and energy-saving materials.

The need was noted for bringing the total number of people regularly engaged in physical education and sports to 18 percent this year, up to 30 percent by 2025, as well as involving at least 30 percent of children and youth at the age from 7 to 30 in mass sports.

The importance of development of sports tourism through holding of world and continental championships and other prestigious sports competitions in the country was indicated.

The importance of further development of national sports, including kurash, and its inclusion in the program of the Olympic Games, was emphasized.

At the meeting, special attention was paid to the preparation of athletes for the 2020 Olympic and Paralympics Games in Tokyo.

Information of responsible persons was heard on the discussed issues.