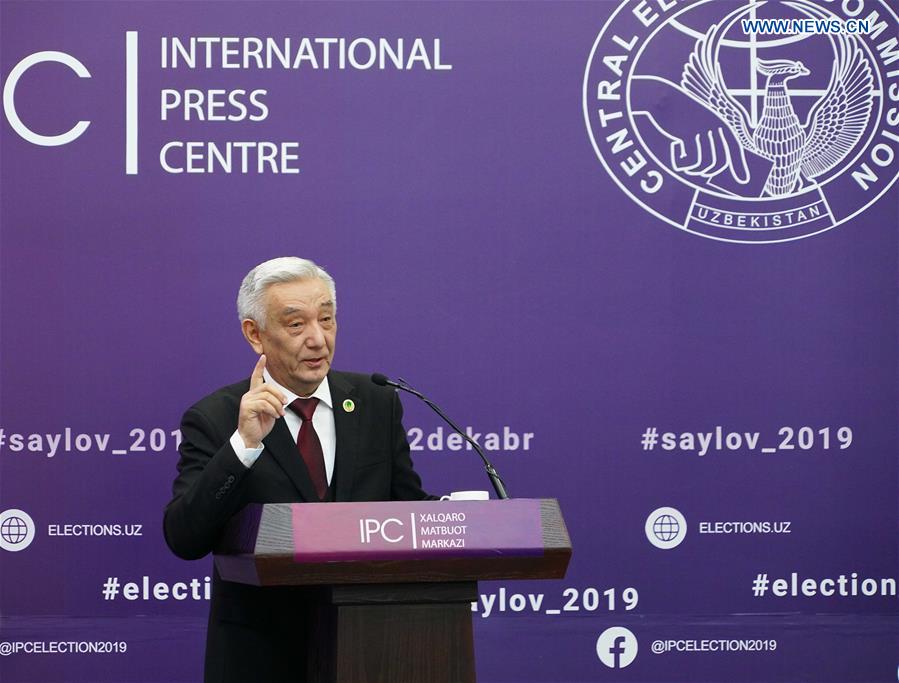 On 24 December, the Chairman of the Central Election Commission, Mirzo-Ulugbek Abdusalomov at a press briefing announced the results:

According to the Electoral Code, a candidate who gets more than 50% of the total number of voters shall be deemed elected.

No candidate was elected in 22 constituencies, due to none of the candidates getting the majority of votes. Therefore, a run-off vote will be held in two weeks in these constituencies.

Early in the day, an election observers’ mission from the Shanghai Cooperation Organization (SCO) and the Commonwealth of the Independent States (CIS), a regional organization comprising former Soviet republics, called the voting free, transparent and democratic.

The international observers and organizations have reposed complete confidence in the arrangements made by the Central Election Commissioner of Uzbekistan, as Uzbek people are set to go to polls on Sunday.

The Uzbek authorities arranged a special briefing for the visiting foreign delegations including media people. The briefing which was given by the Chairman of Central Election Commission was followed by input from the Chairman of the Constitutional Court and Deputy Prime Minister of Uzbekistan.

Christophe Bernasconi Secretary General of the Hague Conference on Private International Law in his remarks said that Uzbek people were taking part in historic elections.

He said Uzbekistan shall soon become member of the international law organistiaon.

They hoped that democratic reforms process shall continue with full speed even after these elections.

The Chairman of the Central Election Commission Mirza Ulugbek Abdusalomov while briefing the delegation told that as many as 10 international organizations have come to Uzbekistan to observe the election process adding OSCE, SCO representatives shall also monitor election activity.

He further said about 800 foreign observers have arrived in Uzbekistan from 52 countries. He said this is a big number that shows credibility and transparency of the election process in Uzbekistan.

The Chairman of the Commission added, the election process is likely to further strengthen credentials of Uzbekistan as a country that genuinely wants to push ahead with its reform agenda with a view to improving the lot of all and sundry.

He said that for the first time the Election Commission had installed video cameras on all polling stations in order to ensure that the elections are held in a free, fair and transparent manner.

Likewise biometric system shall also be in place in order to make sure that the election process is held a flawless manner.

Mrs. Elmira Basitkhanova Deputy Prime Minister of Uzbekistan, Chairman of the Women’s Committer of Uzbekistan in her remarks highlighted role of Uzbek women in the parliamentary and local govt elections.

She said a MoU with all political parties have been singed whereby parties will ensure that women get sizeable representative in the Parliament, local govt and in government offices as well.

The deputy prime minister added, Uzbek women under the slogan “ I will vote myself” would be encouraged to go the polling stations in large numbers and cast their votes.

She said multiple training sessions were also arranged for the youth of Uzbekistan to make them familiar with the electoral process.

She said married women have been asked to bring their children also with them so that they get first hand information about the voting drill and thus get some introductory lessons.

The Chairman of the Constitutional Court Bakhtiyar Mirbabaev earlier briefed the members of the observer group about various legal aspects of the elections.

He said after the election process is over, the political parties will have 10 days time to file their complaints etc adding the decisions of the Constitutional Court can be challenged the Supreme Court of Uzbekistan.

It may be mentioned here that around 15 observers from Pakistan are also in Uzbekistan to observe the election process.

The Uzbek embassy in Islamabad has picked professionals from various fields for this event. Also in the group are included members of Parliament of Pakistan besides media persons and experts.