VisitBritain rolls out new ”I Travel for..." campaign in the GCC 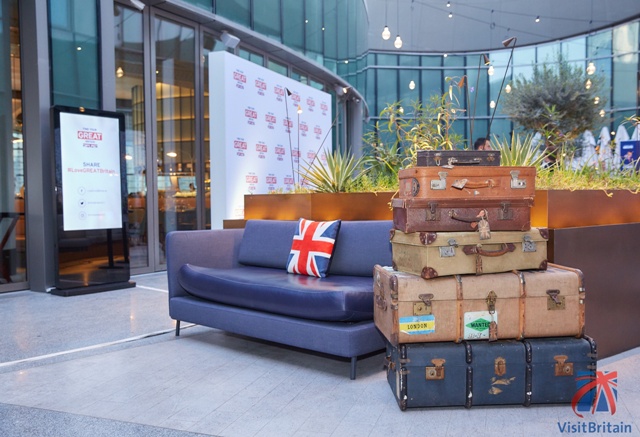 Britain’s national tourism agency VisitBritain has today launched a new marketing campaign in the GCC to boost tourism to Britain.

The ‘I Travel For…’ digital marketing campaign was officially launched in the GCC at a VisitBritain reception at Dubai Opera House hosted by Philip Parham, British Ambassador to the United Arab Emirates and Tricia Warwick, VisitBritain’s Director for Asia-Pacific, Middle East and Africa.

VisitBritain’s new campaign uses short-films and story-telling to shine the spotlight on unexpected experiences and less-explored destinations in Britain, alongside its globally renowned and iconic landmarks and attractions. The campaign aligns the passions that motivate visitors from the GCC to travel with experiences that they can only have in Britain, inspiring them to ‘Find Your Great Britain’ and book a trip right now. 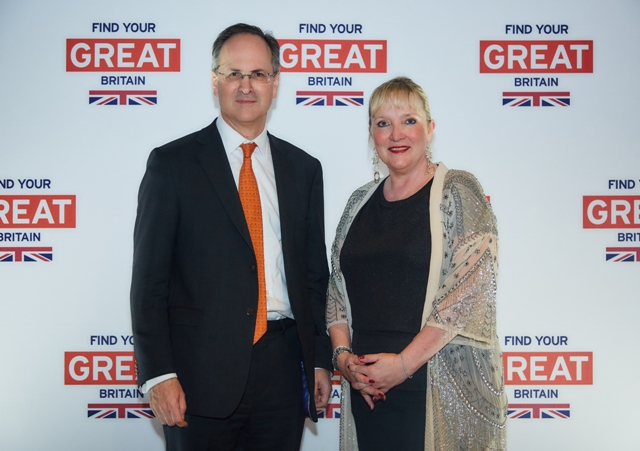 “The GCC is an important market for VisitBritain and our new campaign aims to build on the growth we have seen, showcasing that Britain is bursting with fun activities, new adventures and wonderfully unexpected experiences that visitors can’t get anywhere else.

“From Britain’s exciting and contemporary culture and living history to the vibrancy of our cool cities, from thrill-seeking adventures in stunning countryside to relaxing in areas of outstanding natural beauty, I Travel For wants to inspire visitors from the GCC to book a trip right now.”

VisitBritain is also working with commercial partners in the GCC including Etihad Airways and DNATA to amplify its global marketing reach and convert the aspiration to visit into bookings. New partnerships with key online travel players, Tajawal (Al Tayyer Group) and WeGo, showcase how accessible regional Britain is for visitors from the GCC.

The latest official statistics show that there has been good growth in visits from the GCC countries to the UK.

Between January and September 2017 there were a record 655,000 visits from GCC to the UK, up 7% on the first nine months of 2016. Visitors from the GCC spent a record of £1.8 billion in the UK during this period, an increase of 65% compared to the same period the previous year.

‘I Travel For…’ is part of the UK Government’s global GREAT Britain campaign, which showcases the very best of what Britain has to offer as a place to visit, study and do business.

Reasons to travel to Britain in 2018:

Bristol in England is opening a new museum, Being Brunel, in early 2018 and London’s V&A Museum is opening an outpost in Dundee in the second half of the year.

It will be a big year for culture in Liverpool as it celebrates its 10th anniversary of being named European Capital of Culture. The city will welcome the Terracotta Warriors to the World Museum from February to October 2018.

Newcastle and Gateshead in England will host The Great Exhibition of the North, celebrating the cities’ culture, art and design from June to September.

Scotland heralds 2018 as the Year of Young People, with events including the Royal Edinburgh Tattoo and Speyside Whisky Festival.

Wales celebrates the Year of the Sea celebrating its epic coastline, fringed with rugged cliffs, wide sandy bays, and the adventures to match through themed events and celebrations. Its annual literary and arts festival, The Laugharne Weekend, is in April, followed by the Festival of Voice in Cardiff in June. The Big Cheese Festival takes place in Caerphilly in June, with a Seafood Festival in Cardigan Bay in July.

The last season of Game of Thrones will be filmed in Northern Ireland, on locations including Giant's Causeway (The Iron Island) and the Dark Hedges (The King’s Road), along with the original filming locations of Winterfell.

VisitBritain (www.visitbritain.org) is the national tourism agency, a non-departmental public body, funded by the Department for Culture, Media and Sport, responsible for promoting Britain worldwide and developing its visitor economy. VisitBritain’s mission is to grow the value of inbound tourism to Britain, working with a wide range of partners in both the UK and overseas. Through its global reach, it aims to increase visitor spend to all parts of Britain and improve Britain’s ranking in the eyes of international visitors.