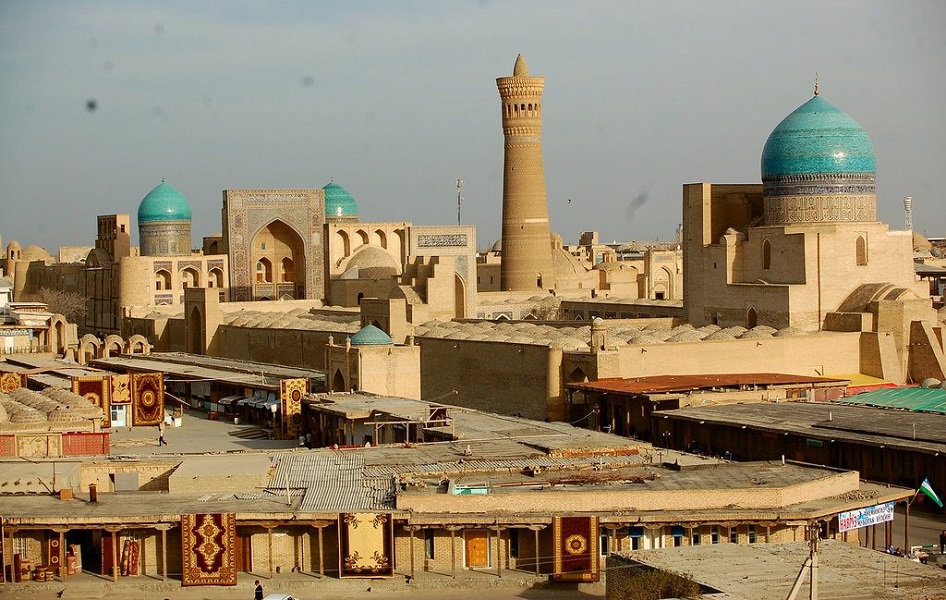 Bukhara is one of the oldest cities in Central Asia, which is a treasury of historical attractions. Here is each building and each brick breathe with history and the time seemed to stop. Here you can forget about the bustle of the metropolis, plunge into history and enjoy the views of the centuries-old monuments of architecture. And there are more than 140 of them in Bukhara! The historic center of the city is included in the UNESCO World Heritage List.

A little bit of history

The age of the venerable and majestic Bukhara is more than 2500 years old. According to legend, the city was founded by Persian Prince Siyavush, to whom the vassal state was transferred as a wedding gift by the ruler of Samarkand Afrasiab. In the center of the state was erected the fortress “Ark”, which was surrounded by settlements of artisans. In due time, the city was submitted by Alexander the Great, by the Arab conquerors and was destroyed by Genghis Khan. Having experienced a lot in its lifetime, in 1370, Bukhara became part of the Timur Empire. The city was the largest center of trade on the Silk Road. Merchants from different countries stayed in his caravanserai. Bukhara reached its florish by the end of the 16th century, during the rule of the Sheybanid and Ashtarkhanid dynasties. The capital of the Khanate covered most of Central Asia, northern Persia and Afghanistan. And in the 19th century, the city was considered one of the major religious and cultural centers of the East.

The climate of Bukhara is sharply continental. Summer is hot and dry, the temperature reaches 35 ° C and higher. The winter is cool, in the afternoon the temperature does not fall below +2. Since May, the weather is very hot. Therefore, the main thing that you have to put in your suitcase before the summer trip is sunscreen with a high degree of SPF, a hat or an umbrella (by the way, local women do not go outside without umbrellas in summer), sunglasses and lightweight knitwear or cotton clothes.

People here are open and responsive. Perhaps it is in Bukhara that one can truly appreciate the true Uzbek hospitality. Bukharians can easily give you time, talk about the city and its history, drink tea, and even treat you to goodies. It seems that everyone here knows each other for 1000 years. The local population speaks more in Tajik, Russian and Uzbek are used less frequently. And souvenir sellers and shopkeepers can communicate in French or English. 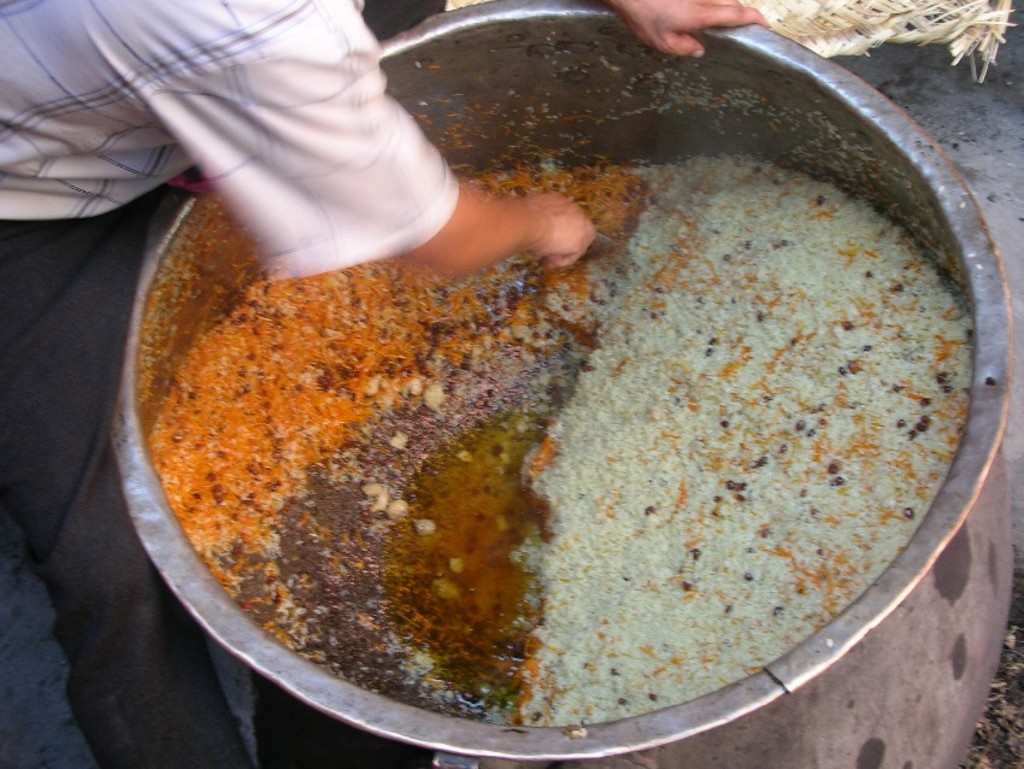 It’s no secret that every region of Uzbekistan is distinguished by its culinary delights. The most famous dishes of the Bukhara region are considered by right: 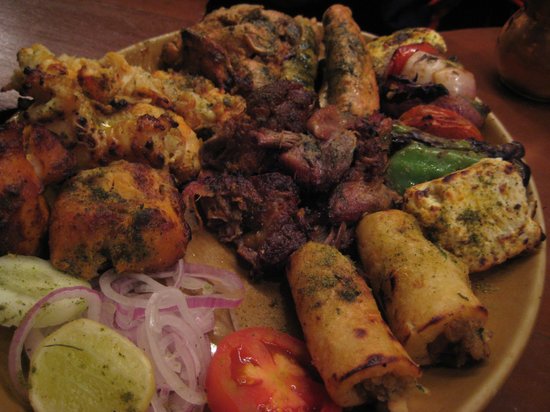 Uzbek food is very high in calories and for the first test it is necessary to confine a small portion.

In Bukhara there are a huge number of restaurants, cafes and teahouses.

Most hotels in Bukhara are very comfortable. I would like to draw your attention to the hotels located in the old town. Agree, because it’s great to live in a 2-minute walk from centuries-old structures. And it is also very convenient that almost all the sights you can walk around without haste. In some hotels are held demonstrations of folk ensembles.

You can also get to Bukhara by Tashkent train.

Inside the old city you do not need transport.

But you can ride a sightseeing electric car.

Taxis outside the old city are easily recognizable by the bright yellow color.

Minibuses also go around the city. 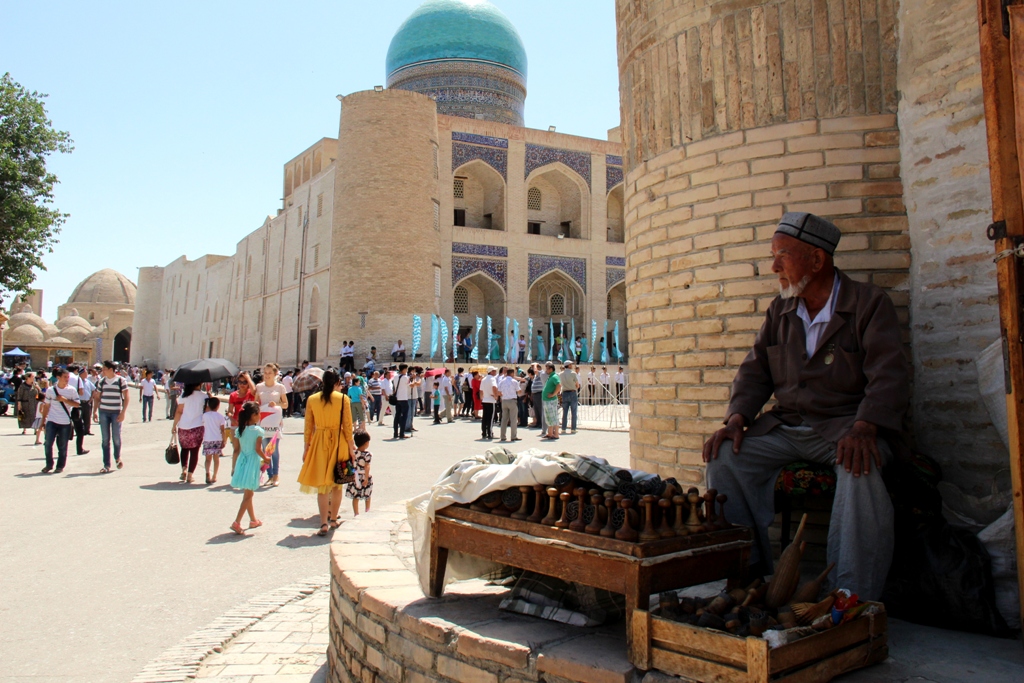 The locals call the main big bazaar “Covered Market” – the official name: “Buxoro markaziy bozori”. In summer, you can buy fresh fruits, vegetables, watermelons and melons. Here you can also buy homemade products: “Shurdanak” – salty seeds, homemade Bukhara halvah, casinaks and spices. It is not recommended to take Bukhara flatbreads on the road, as they dry out quickly, but you can enjoy their magical taste in Bukhara at any time.

A large number of craft shops are located in the madrasahs and trade domes of the old city. What souvenirs are typical for Bukhara? Undoubtedly, these are ceramic products, knives, scissors with stork bends, gold-embroidered products, carpets, suzane, products with miniature painting and woodcarving. In addition, in the shops you can find national hats, clothes, jewelry and, of course, fridge magnets. 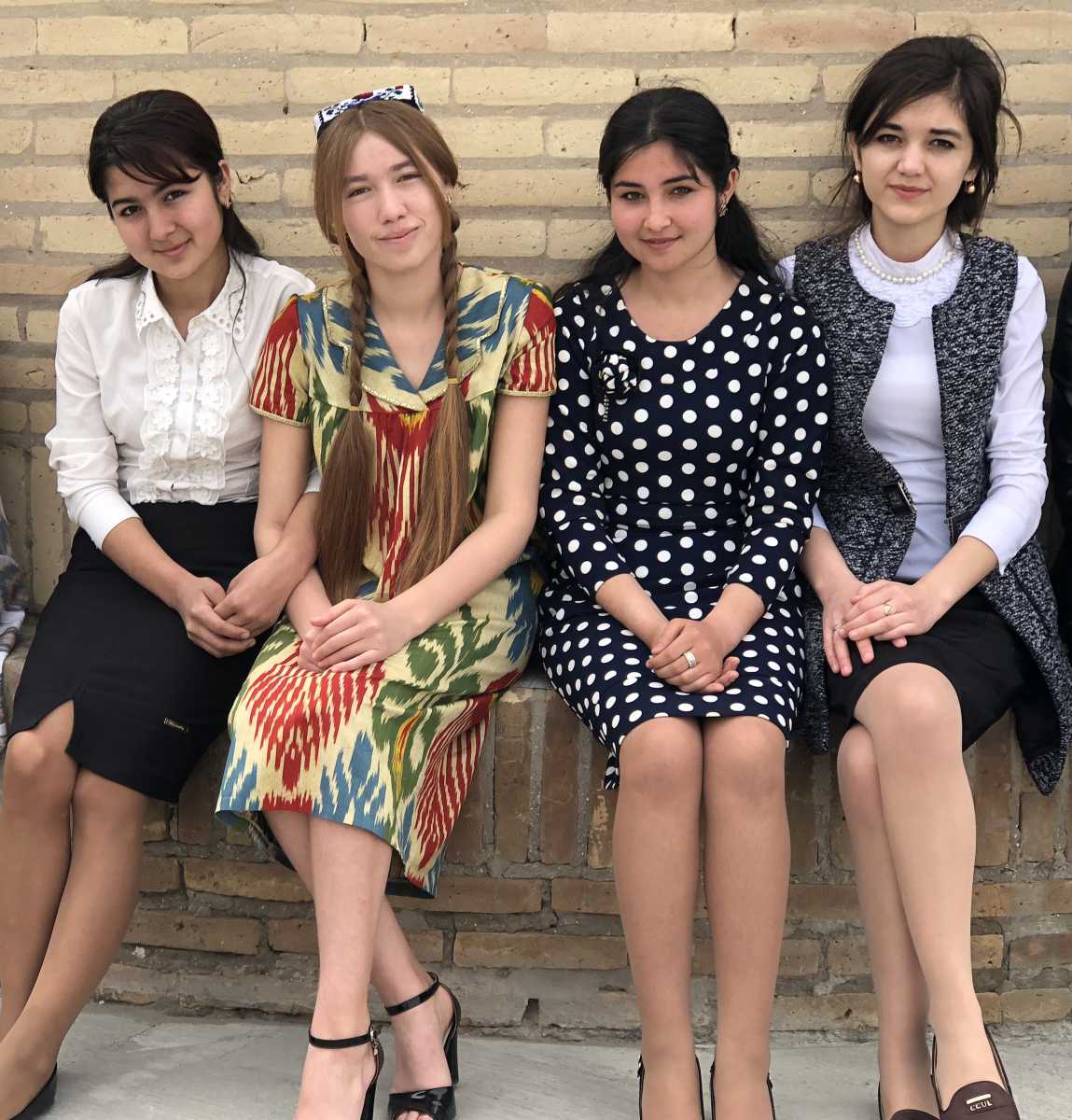 Young people dress modernly, although nowadays the use of ethnic fabrics in modern forms has become very relevant. You can see women and grandmothers in headscarves. Scarves are an integral accessory of the traditional Uzbek costume and an excellent headdress that protects from the sun. 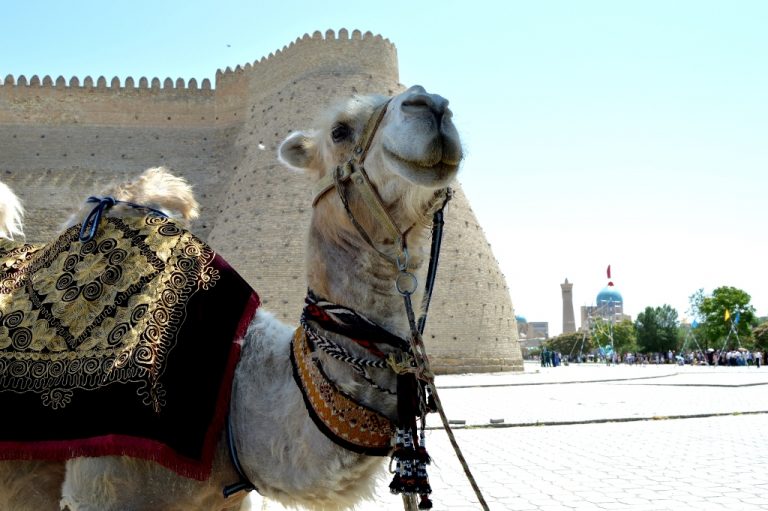 But at least one camel lives in the territory of the Registan Square. Those who wish are photographed with him against the backdrop of the Ark fortress.
Have a good trip!!!