When a guest is the king 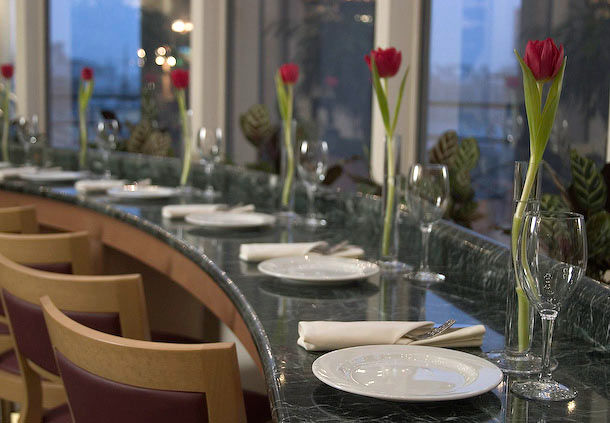 Whether you’re traveling for business, pleasure, or planning a meeting, the five-star Marriott Moscow Grand focuses on what it takes to make your trip successful. In 2010 the Marriott Moscow Grand got the World Travel Award for «Best hotel in Russia for business meetings and conferences». The Award reflects the views of professional travelers on products and services that the best hotels and major travel companies offer.

Marriott Moscow Grand opened its doors to guests in 1997. The Hotel sits smack in the middle of Tverskaya Street between the Boulevard and Garden Belts close to the most beautiful historical landmarks and in the center of the city’s cultural life. 386 rooms and 3 Executive floors offer utmost comfort and luxury combined with modern communication technology for the convenience of the business traveler. The Hotel has Health Club with swimming pool and Jacuzzi, 24-hour Business Center and luxury Beauty Salon. The superb Cuisine of Marriott Grand is represented by famous Moscow restaurant Grand Alexander. Samobranka, located on the 1st floor, is famous for its Family Sunday Brunches. Lobby Bar is a relaxing place to meet both for business or a casual drink. 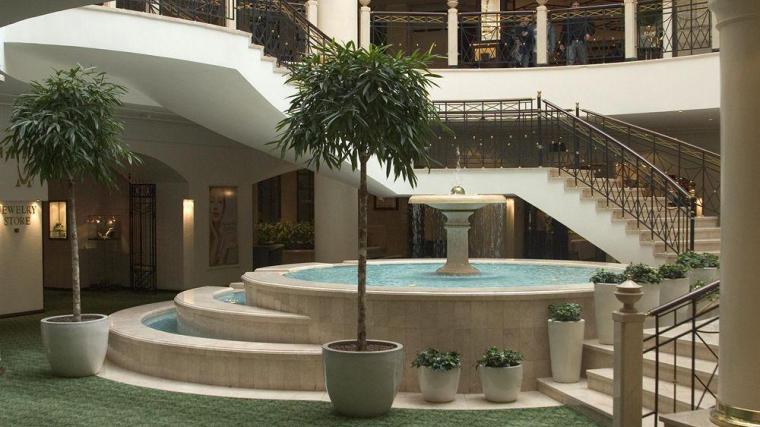 The architects, under the supervision of chief architect A. Loktev, had to take into account the existing architectural pattern of the Tverskaya Street, Moscow’s main thoroughfare, which was formed in the 30s, under the Stalin regime. In this sense the Grand can be called a typical Tverskaya street building, the middle part of which was stylized to look similar to the surrounding buildings, while the first and the last floors were intentionally made more decorative, to distinguish the building from its neighbors. The two turn-of-the-century residential buildings of no historical importance, which existed on the Grand’s location, were pulled down. The interior yard of one of them had a cellar, the remains of 18th century trading house, which belonged to a Russian merchant of Greek origin. The arched cellar, which consisted of three parts, was used as storehouse. During the construction works, the cellar was carefully dismantled, brick by brick, and then restored under the decision of the Moscow government. The architects of the Grand hotel managed to successfully incorporate the remains of the old Russian building into the ultra-modern design of a deluxe five-star hotel. The highlight of the hotel is its glass dome in the middle of the lobby. The oval wall opposite the main entrance accentuates the round banisters of the main staircase leading to the underground level, and is decorated by tapestries with the 19th century Moscow scenes. The big and spacious lobby with its columns in the center, supporting the glass dome, grass-color carpets, was designed to evoke memories of a 19th century Russian country estate. A beautiful round fountain under the main staircase in the center of the underground floor also adds to the impression.

- Experience Moscow from our hotel's central location near Red Square, the Kremlin and other popular attractions.

- Feel refreshed and stay fit during your stay with our fully-equipped Grand fitness center, jacuzzi and indoor pool.

- Ten on-site meeting rooms total 855 square meters of flexible meeting space with seating for up to 400 for dynamic events.

- Relax comfortably in our 387 spaciuos hotel rooms for a remarkable Moscow stay.

- Elegant touches like marble countertops and deluxe bath amenities will make you feel at home.

- Upgrade to an Executive room or suite, and enjoy exclusive access to our hotel's Executive Lounge.

- Stay connected with complimentary Internet access in your room.