The White Gold Rolex Daytona sold for $5,9 million at Auction 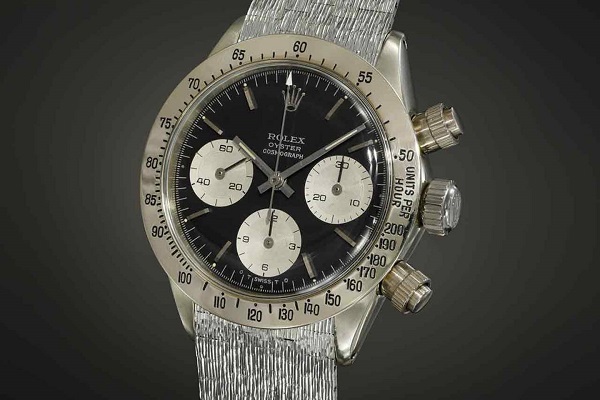 A one-of-a-kind Rolex Daytona known as "The Unicorn" sold at auction over the weekend for $5,937,500 million, making it the second-most expensive Rolex ever sold at auction.

Сurated by the renowned scholar Pucci Papaleo, known in the Rolex collecting community as “Mr. Daytona”, the “Daytona Ultimatum” thematic auction held by Phillips in Association with Bacs & Russo on 12 May, saw its “Unicorn” lot – the only known white gold vintage Rolex Daytona – achieve the second highest price ever paid for a Rolex at auction (only beaten by the Rolex Daytona once owned by Paul Newman, which sold for $17.8m last autumn).

However, the 1970 white gold Rolex Cosmograph Daytona, offered for sale by the renowned collector John Goldberger, is considered the rarest and most luxurious Cosmograph Daytona manufactured by Rolex during that era, accounting for the CHF5.93m it raised.

Of course, we can't forget to mention that the seller of this watch, John Goldberger, has graciously donated it to be auctioned with all of the proceeds going to the charity Children Action.