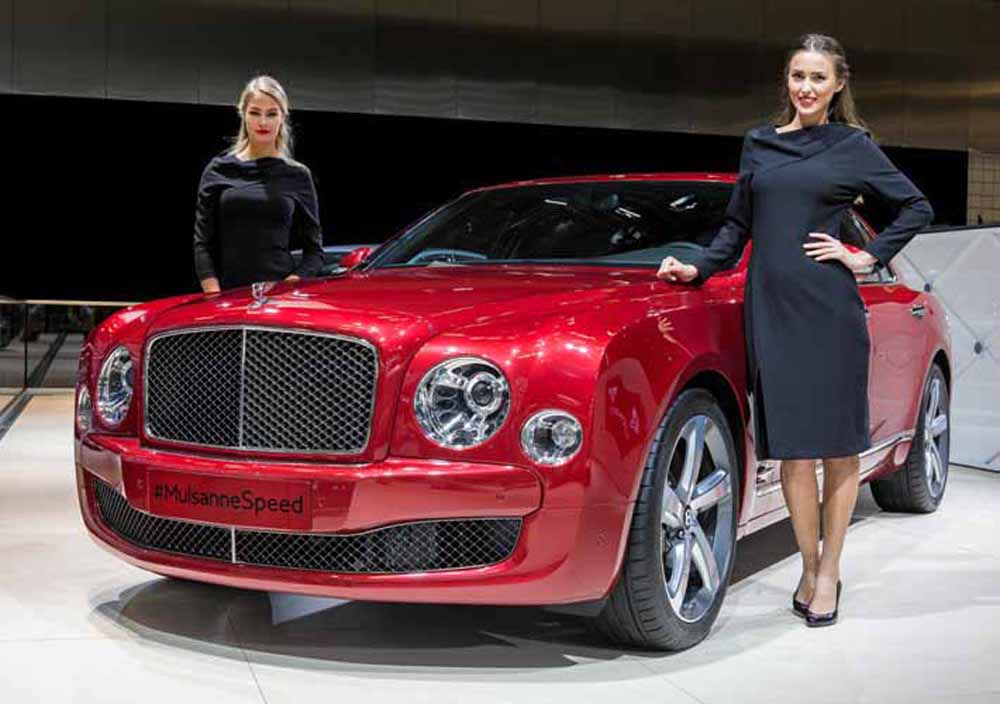 Bentley Motors has revealed the new Mulsanne Speed for the first time in the Middle East during the opening day of the 2015 Qatar Motor Show. The new pinnacle flagship model was launched globally in November and is due to arrive at Bentley dealers across the Middle East in the next two months.

There to introduce the new Mulsanne Speed to the regional audience was Board Member for Sales and Marketing at Bentley Motors Ltd., Kevin Rose; “The new Mulsanne Speed is the fastest ultra-luxury driving experience in the world and is tailored for the driver, with 537 PS (530 bhp/395 kW), 1,100 Nm (811 lb.ft) and selectable sports suspension and steering on demand. This car combines an imposing appearance with the substance to support its style. This is the most dynamic, most exquisite expression of the powerful luxury for which Bentley stands.”

Also on show at the Qatar National Convention centre until Tuesday, 10th February are the new Continental GT Speed, the fastest production Bentley ever and the new Flying Spur V8, both of which joined the Bentley line up in 2014. The new Continental GT Speed is the ultimate expression of the modern Bentley grand tourer, effortlessly combining immense, dramatic levels of performance with the exemplary standards of luxury, individuality and refinement Bentley is renowned for.

The new Flying Spur V8 shares its W12 stablemate’s unique blend of sculpted, sleek, elegant coachwork, exquisite craftsmanship and advanced technology, while offering its renowned 4.0-litre twin turbo V8 engine. The new model introduces the appeal of the acclaimed sedan to a wider premium audience and will draw new customers to Bentley, attracted by the brand’s unique expression of luxury and performance.

Neil Wilford, Regional Manager, Middle East, India and Africa, Bentley Motors, said: “2014 was a pivotal year for Bentley Motors in the Middle East and being here in Qatar with the regional introduction of the new Mulsanne Speed is a positive way to start 2015.

“Sales grew across all of our key Middle East markets last year and the arrival of the new Mulsanne Speed, and the new Continental GT Speed and Flying Spur V8 in 2014, mean we have an even stronger line up of models for our customers.”

Bentley Motors announced a seven percent increase in Middle East deliveries for 2014 and nine percent growth globally, strengthening its position as the world’s most sought after luxury car brand.