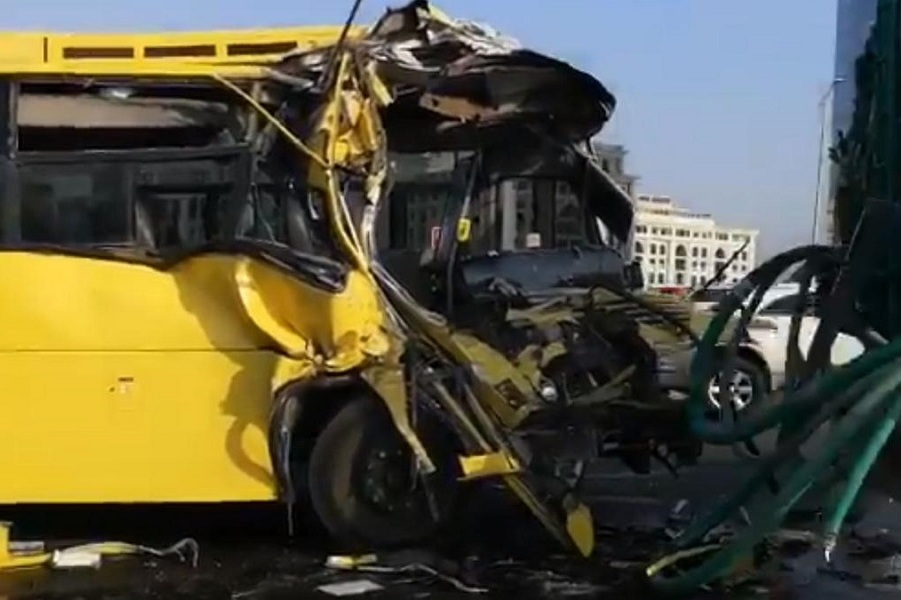 A major accident involving a school bus and a lorry in Dubai caused serious delays during the morning commute on Monday.

Motorists headed towards Sharjah were caught up in huge tailbacks at the Business Bay Crossing towards Al Rebbat Road, following the accident between the water tanker and the school bus at about 7am.

The bus was carrying pupils from Our Own English High School - Al Warqa, a Gems Education school, Dubai Police said.

"An #accident on Business Bay Crossing between 'Our Own English High School - Al Warqa'a' school bus and a water tanker resulted in 15 minor injuries among pupils...all [parties] have been transferred to Rashid Hospital," Dubai Police said on its official Twitter page.

The school bus and the water tanker were towed away at about 8.30am.

In a statement to The National, a Gems Education spokesperson confirmed the incident.

“All students are safe, however, a small number of students and staff sustained minor injuries and have been taken to hospital where they are being treated," he said.

"All other students who were involved have been taken back to school and have been given a thorough check-up by the school doctor.

"Our priority is to ensure that our students are safe and secure. We can confirm that all students had their seat belts on at the time of the accident, which was in slow moving traffic at Business Bay.”

Police urged drivers to take extra care on the roads.

“Traffic congestion due to a severe #accident on Business Bay Crossing towards Al Rebbat Rd. Please be extra cautious and take alternative ways,” Dubai Police said in an earlier tweet.