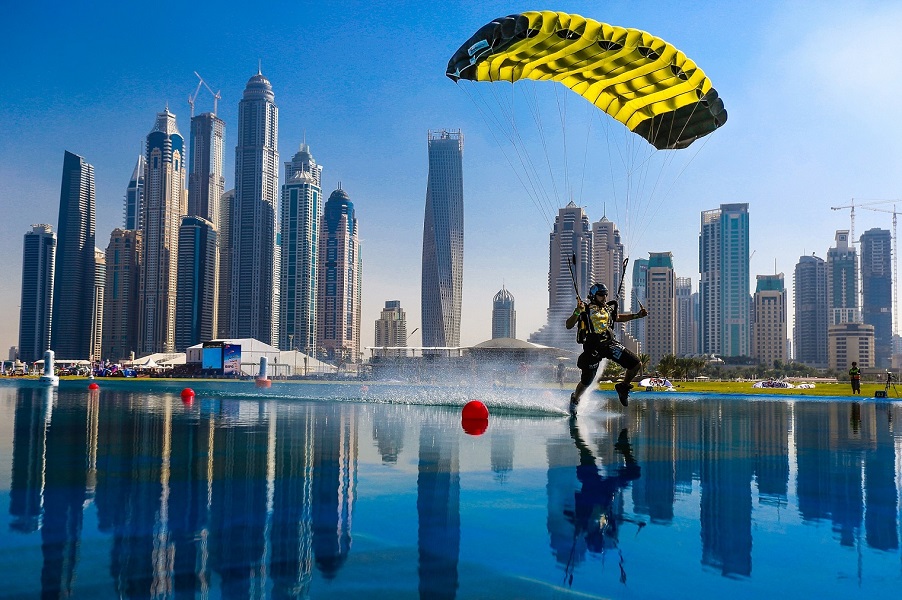 WAM -- Dubai welcomed 4.75 million international overnight visitors in the first quarter of 2019, posting an over two percent increase in tourism volumes compared to the same period last year according to the latest data released by Dubai’s Department of Tourism and Commerce Marketing.

Steadily picking up from a stable 2018 performance, Dubai’s tourism sector saw optimistic indicators from its top volume generators and its emerging growth drivers, setting the pace for 2019 both in terms of visitation numbers and GDP contribution.

Commenting on the announcement, Helal Saeed Almarri, Director-General of Dubai Tourism, said, "Tourism as a sector continues to be one of the most interconnected, and consequently highly diversified pillars of Dubai’s GDP, making our economic contribution imperative for collective growth."

"Our Vision 2022-25, as set out by His Highness Sheikh Mohammed bin Rashid Al Maktoum, Vice President, Prime Minister and Ruler of Dubai, is backed by several targeted strategic programmes for delivery by 2020-22, of which over 70 percent are well underway. We recognise the need for accelerated delivery to ensure that Dubai becomes the number one most visited, preferred and revisited global city for both leisure and business travellers," he added.

Almarri continued, "Our first quarter is an encouraging reflection of the success of our various ongoing initiatives and the efforts of all our industry partners – not just in our attraction of visitation through successful implementation of Dubai Tourism’s planned calendar of regional and global campaigns, but also through customised itinerary programming and most importantly, in-city ‘guest promise’ delivery."

India drew the highest visitation with 564,836 visitors, followed by a strong 411,586 tourists from Saudi Arabia remaining the highest traffic volume generator for the GCC. The UK, meanwhile, retained its third position with an impressive 326,586 British travellers in just the first three months of this year.

Growth from China continued at a high 13 percent year-on-year, aided by Dubai’s ‘China Readiness’ strategy as 291,662 Chinese chose to visit the city, particularly driving their New Year holiday period in February. Oman followed in fifth place, topping the charts as the fastest growing source country with a stellar 27 per cent increase to deliver 263,182 visitors. Despite capacity constraints and strong competitor pricing, Dubai retained its attractiveness for Russia, welcoming 234,142 visitors, even as Germany was close at its heels with a five per cent growth delivering 203,651 visitors.

From a regional perspective, Western Europe made strong contributions in overnight visitor volumes during Q1 2019, commanding a 23 per cent share compared to 2018 to maintain its leadership position, followed by the GCC and South Asia contributing 17 and 16 percent of all international visitation to the city respectively. North Asia and South-East Asia accounted for 11 percent to reflect sustained interest and rising consideration for Dubai.

Markets across the MENA region, the wider CIS and Eastern Europe also maintained volumes of ten percent each, while the Americas contributed seven percent of the volume base. Africa delivered five percent of the total visitation volumes, and Australasia rounded off the regional mix with one per cent of the market share. The diversified regional performance is a testament to the success of the Emirate’s continued globalization approach.