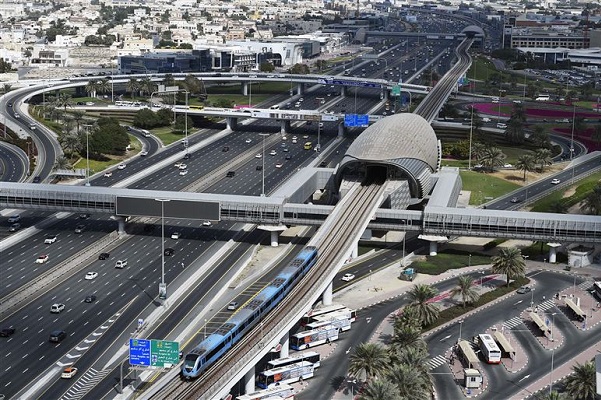 A total of 594 million riders used public transport and other shared mobility means around Dubai in 2019 - reflecting a jump from a ridership of 589 million in 2018, the emirate's Road and Transport Authority (RTA) has announced.

"Dubai Metro accounted for the biggest chunk of riders of public transport, shared mobility and taxi riders reaching 34 per cent, ahead of taxis (30 per cent) followed by public buses (26 per cent)," said Mattar Mohammed Al Tayer, director-general and chairman of the Board of Executive Directors of the RTA.

Every day, 1.63 million riders were recorded, marking an increase from the previous year's daily average of 1.61 million.

"March 2019 was the busiest of all months recording 53.28 million riders, and December was the next witnessing 53 million. Ridership in other months ranged from 45 to 52 million riders," said Al Tayer.

The most popular transport means, the Dubai Metro, had a total of 202.98 million passengers in 2019, with the Burjuman and Union stations - interchange stations on the Red and Green Lines - accounting for the biggest share of riders.

Burjuman Station served 12.76 million riders, while the Union Station was used by 10.6 million.

For the RTA, the figures prove the success they have achieved in providing an effective, convenient public transport network for people in Dubai.

Accordingly, the share of public transport and shared mobility in people's journeys grew from 6 per cent in 2006 to 18.1 per cent in 2019, with an annual cumulative increase of about 8.86 per cent.