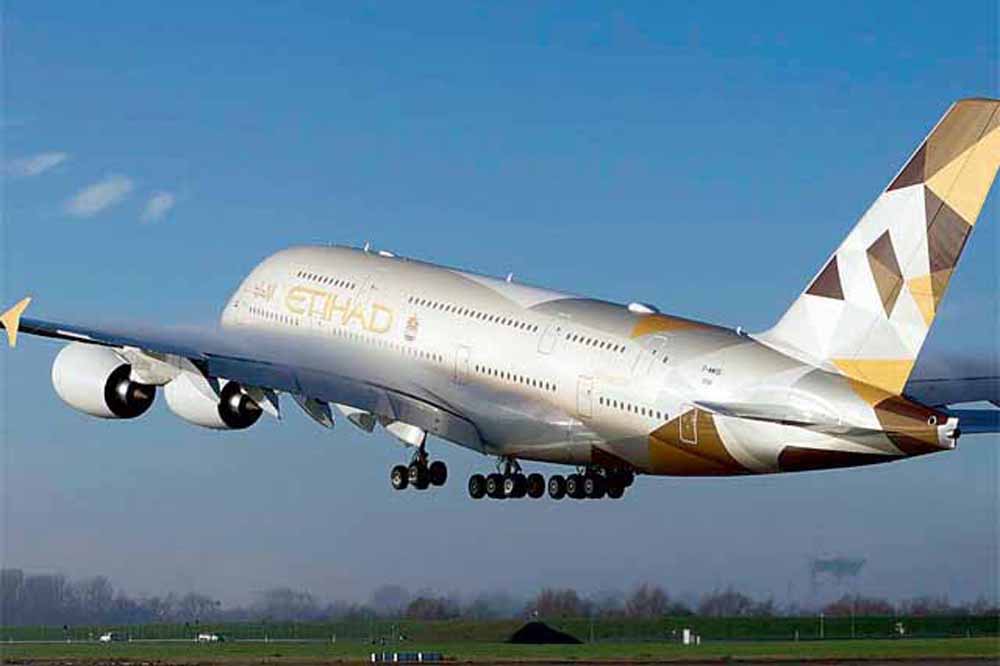 This milestone was marked with an A380 take-off and landing. The runway was deemed operational by Ali Majed Al Mansoori, chairman of Abu Dhabi Airports, in the presence of local dignitaries and officials from the General Civil Aviation Authority, the Department of Transport Abu Dhabi, Etihad Airways, the Department of Customs and the Ports and Airports Security department.

The runway re-opening comes ahead of the scheduled flights of Etihad Airways’ Airbus A380 and Boeing Dreamliner 787 aircraft, which were unveiled at Abu Dhabi International Airport last week.

The upgrade included the refurbishment and widening of the southern runway, enabling it to accommodate every type of commercial aircraft, including the largest — the Airbus A380-800.

The General Civil Aviation Authority (GCAA) of the UAE formally handed over the runway operational certification to Abu Dhabi Airports. As a result, the southern runway can now function independent of the parallel northern runway.

In addition to the southern runway renovation, the Southern Airfield Programme also included the construction of an airside road tunnel running underneath the southern runway. The tunnel runs more than 1.2 kilometres in length and is 40 metres wide, and will enable full connectivity between the MTC and the existing terminals 1 and 3.

An additional 21 wide-body aircraft stands were also constructed near the apron to accommodate increased aircraft movement.

The total cost of the Southern Airfield Programme was approximately Dh830 million and will facilitate the delivery of world class aviation infrastructure to Abu Dhabi.

The runway will allow Abu Dhabi International Airport to handle more passenger and freight aircraft and, once the MTC is complete, will raise capacity to above 45 million passengers per annum. This capacity uplift will be needed to accommodate Etihad Airways’ current and future fleet expansion programmes as the airport continues to be a key regional hub for connectivity and tourism for the UAE capital, supporting the Abu Dhabi Economic Vision 2030.

Al Mansoori said that the event was important not just for Abu Dhabi Airports but also for the emirate as it continues to stamp its mark on the world as a major transportation hub and an attractive destination for both tourists and businesses. “Abu Dhabi Airports has a huge role to play in this respect and today’s event takes us closer towards realising our vision of becoming the world’s leading airports group,” the chairman said.