Abdullah bin Zayed : UAE stands with France at this delicate time, condemns terrorism in all its forms 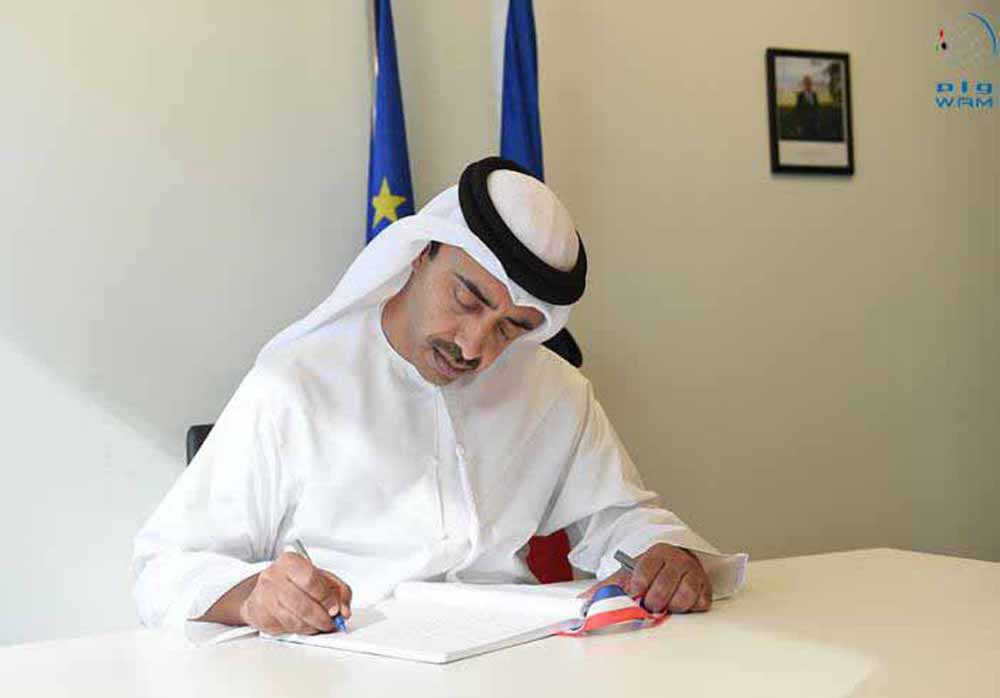 H.H. Sheikh Abdullah bin Zayed Al Nahyan, Foreign Minister, today visited the French Embassy in Abu Dhabi to extend his heartfelt condolences and sympathies for the victims of the last Friday's series of terrorist attacks which took place in Paris and left scores of innocent people dead and injured.

''The UAE stands in solidarity with the friendly government and people of France at this delicate time and condemns terrorism in all its forms and manifestations as a scourge that targets security and stability in the world,'' HH Sheikh Abdullah wrote in the condolence book at the embassy.

''These appalling criminal acts require joint cooperation and solidarity at all levels to eradicate this menace which seeks to spread destruction, chaos and undermine security and stability. These reprehensible acts, which target innocent civilians, contravene all human and ethical principles and values,'' Sheikh Abdullah said.

HH emphasised the UAE's firm stand with the international community in the fight against terrorism in all its forms and manifestations.