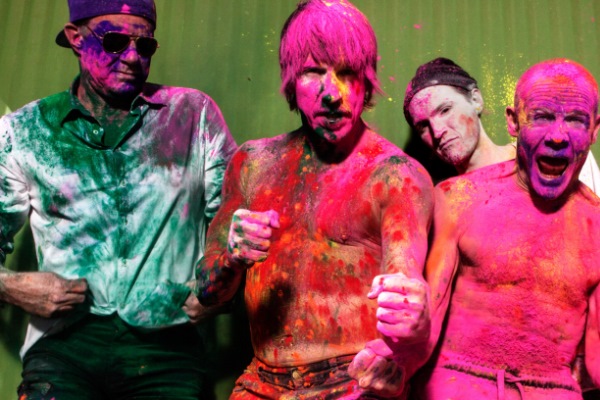 Organised by the Department of Culture and Tourism - Abu Dhabi (DCT Abu Dhabi), the inaugural Abu Dhabi Showdown Week will run from 1-7 September and feature city-wide events and activations including pool and beach parties, retail promotions and F&B deals at beach clubs, nightclubs, hotels and malls, with the famous Californian rockers providing an awesome highlight on 4 September.

Taking place at The Arena, a new indoor venue being constructed on Abu Dhabi’s Yas Island, the Chili Peppers’ concert will be followed on 5 September by another world-class concert, with the mystery act yet to be announced.

The two concerts, along with the other city-wide activations and the main event on 7 September, will reinforce Abu Dhabi’s growing status as an entertainment capital, strengthening the emirate’s standing as an internationally renowned leisure destination and a hub for major, globally significant events.

“The launch of Abu Dhabi Showdown Week also represents a strategic expansion of Abu Dhabi’s wide-ranging leisure events portfolio. The initiative underlines our commitment to present world-class experiences for everyone who visits the emirate. We plan to engage local, regional and international visitors through an extended schedule of complementary activities.”

UFC fans and the general public will also be able to experience the inner workings of the UFC during the week through numerous gym activations, open workouts, weigh-ins, autograph signings and meet-and-greet sessions with UFC stars while an activity-packed UFC Fan Experience Zone will be created next to The Arena on Yas Island.

In parallel, the first Abu Dhabi Muscle and Fitness Expo will feature leading exhibitors, seminars and competitions during a three-day run at du Forum on Yas Island from September 5-7.

DCT Abu Dhabi is collaborating with various sports federations in the UAE to create a comprehensive Abu Dhabi Showdown Week programme that meets the world-class standards of Abu Dhabi’s wider events portfolio and appeals to the interests of different audience groups and athletes.

Information on tickets for Red Hot Chili Peppers’ Abu Dhabi Showdown Week concert will be announced in coming days, although a number of ticket categories will be available. Prices start at AED 250 and rise to AED 995 for Platinum. Fans can head to www.adshowdownweek.ae to register their interest in tickets ahead of the sale period.

With all ticket categories for UFC 242: KHABIB vs. POIRIER sold out, the last remaining hotel and ticket packages for the event are still available at www.adshowdownweek.ae.

About The Department of Culture and Tourism – Abu Dhabi

The Department of Culture and Tourism – Abu Dhabi conserves and promotes the heritage and culture of Abu Dhabi emirate and leverages them in the development of a world-class, sustainable destination of distinction that enriches the lives of visitors and residents alike.  The Department manages the emirate's tourism sector and markets the destination internationally through a wide range of activities aimed at attracting visitors and investment.  Its policies, plans and programmes relate to the preservation of heritage and culture, including protecting archaeological and historical sites and to developing museums, including the Louvre Abu Dhabi, the Zayed National Museum and the Guggenheim Abu Dhabi.  The Department of Culture and Tourism supports intellectual and artistic activities and cultural events to nurture a rich cultural environment and honour the emirate's heritage.  A key role played by the Department is to create synergy in the destination's development through close co-ordination with its wide-ranging stakeholder base.  www.dctabudhabi.ae

UFC®, is the world’s premier mixed martial arts organization and the largest Pay-Per-View event provider in the world. With more than 300 million fans worldwide, including 70 million social media followers across all of its digital platforms, UFC’s programming is broadcast in over 170 countries and territories to more than one billion TV households worldwide in 40 different languages. UFC produces more than 40 live events annually and consistently sells out some of the world’s most prestigious arenas. Since 2001, UFC has been proudly headquartered in Las Vegas, with a network of employees around the world. UFC’s current roster boasts more than 570 athletes representing over 55 countries currently on its active roster. UFC FIGHT PASS®, the world’s leading digital subscription service for combat sports, delivers exclusive live events, thousands of fights on-demand and original content to fans around the world. UFC was acquired in 2016 by global sports, entertainment, and fashion leader Endeavor, along with strategic investors Silver Lake Partners and KKR, in what is among the largest transactions in sports history.