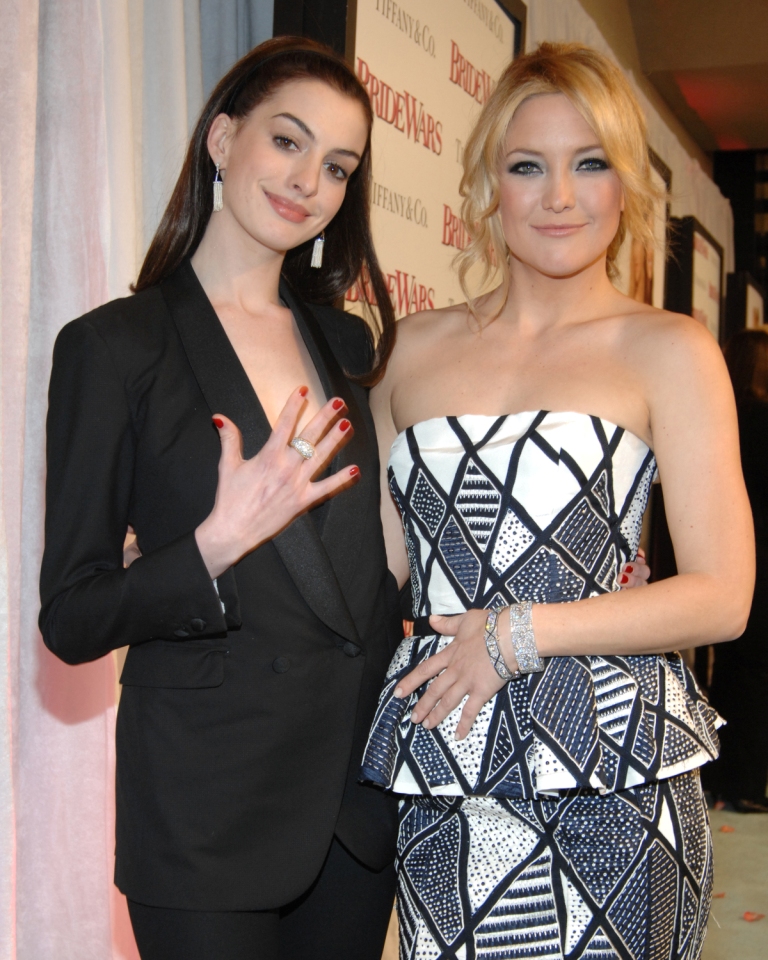 The celebrated American style icon Tiffany & Co. has a storied history going back over 175 years. Founded in 1837 by Charles Lewis Tiffany it was established on the belief that 'good design is good business'. As the premier purveyor of jewels and timepieces, as well as luxury table, personal and household accessories, its standing in the luxury world blends a rich tapestry of dreams, designs and destiny...

Early November 2016 witnessed one of Dubai’s most-talked about events of the year - “Two Cities, One Night: New York in Dubai” lighting up the iconic Burj Khalifa in Tiffany Blue® and transforming it into a glittering jewel that held one and all spellbound.

Soon social media channels were abuzz as it became the talk of the town with everyone wondering about its significance. Some said it must be Tiffany’s anniversary while others speculated if it could a partnership struck between two leading corporate entities. Meanwhile thousands of cameras clicked away and numerous selfies taken by delighted visitors at Downtown Dubai clearly mesmerized by the glamorous vision.

It soon came to light that the dazzling event itself was inspired by a tweet posted by none other than His Highness Sheikh Mohammed Bin Rashid Al Maktoum, Vice President and Prime Minister of the UAE and Ruler of Dubai. It featured a picture taken of him with his late father Sheikh Rashid Bin Saeed Al Maktoum in the 1960s during their visit to New York’s Empire State building, at that time the world’s tallest building. It was this visit which was to ignite a dream in his wise leadership to envision the city of Dubai as home to the tallest building. Years later, His Highness’ dream came true with the inauguration of the Burj Khalifa in 2010, which became the most important landmark not only in the emirate but on the planet as well.

And while the lighting of the Burj Khalifa in November 2016 celebrated that brilliant vision and its historic culmination, it also bridged two great cities of the world where dreams turn to reality.

One such dreamer was founder of the luxury house Tiffany & Co – Charles Lewis Tiffany. For New York City in the 1830’s with its narrow streets and horse and carriages was a time of dynamic growth and opportunity for anyone with a little capital and a tonne of imagination. It was in this setting that Tiffany & Co was founded on the 14 September 1837 by two young and enterprising entrepreneurs - 25-year old Charles Lewis Tiffany and John B. Young as a ‘stationery and fancy goods’ store at 259 Broadway, with an advance of $1,000 from Tiffany’s father.

Sales on the first day totaled just $4.98, but it would shape the ideal of American luxury as the store proved irresistible for the fashionable ladies in town dressed in silks, satins and beribboned bonnets who discovered a fresh new ‘American style’ that departed from the staid and clichéd European aesthetic they had been compelled to adopt. Charles Tiffany embraced the philosophy ‘good design is good business.’ And its goods were inspired by the natural world and interpreted in delightful patterns of simplicity and harmony.

The saying, ‘Nothing can stop an idea whose time has come’ proved true for the new Tiffany & Co. store as it would soon achieve international recognition at the 1867 Paris World’s Fair where it was awarded the grand prize for silver craftsmanship. It was also the first American company to employ the British silver standard (92% pure) later adopted by the U.S. Government. By 1870 Tiffany & Co. had become America’s premier silversmith and purveyor of jewels and timepieces and at the turn of the century it had established branches in London, Paris and Geneva.

The fall of Louis Philippe’s regime French Empire in the 1840’s, saw fleeing French aristocrats eager to exchange diamonds for cash and Charles Tiffany seized this opportunity to obtain historic gemstones to the U.S. Crowned the ‘King of Diamonds’ his company was soon hailed as the greatest of American jewelers.

In 1853 when John Young retired, Charles Tiffany took control of the company. Dressed in his typical cutaway coat and high silk hat, the master merchant was as brisk as ever. Always open to new ideas, it is said in his long life he never missed a day’s work due to illness.

Yet another dazzling chapter unfolded in 1878, when the Maison acquired one of the world’s largest and finest fancy yellow diamonds from South Africa’s Kimberley diamond mines. Cut from 287.42 carats to 128.54 carats under the guidance of Tiffany’s eminent gemologist, Dr George Frederick Kunz, its 82 facets endowed the Tiffany Diamond with an outstanding brilliance symbolic of its founder’s vision. It also set a precedent for cutting for brilliance and not size.

The Tiffany touch seemed to transform everything ordinary to exceptional, as seen in the renowned engagement ring known as Tiffany® Setting, presented to an astonished world in 1886. Previously, diamond rings were set in bezels, but Tiffany freed the stone by lifting it off the band and into the light, allowing it to shine fully in its own brilliance. This endowed the jewel with a tactile charm as well as a unique femininity making it one of the most-sought after symbols of true love.

One of the most anticipated events in the realm of luxury every year, is the launch of Tiffany & Co’s Blue Book Collection, showcasing the luxury brand’s and the world’s most magnificent jewels. Published first in 1845 it was the first catalogue to be distributed in America and since 1878 its cover would be distinguished by the signature Tiffany Blue® hue. Meanwhile, the famous Tiffany Blue Box® was to become one of the most coveted icons of sophistication and style and its contents one of the most treasured.

Meanwhile the Age of Expositions had begun in Europe and America, and at every venue, Tiffany was to sweep the honours. At the 1889 Paris Fair it received grand prize gold medals for lifelike quality of an extraordinary collection of jeweled orchid brooches, while its magnificent silver pieces based on Native American designs in 1890 was highly praised. This cache of awards soon led to the luxury Maison being appointed as Royal Jeweller to the crowned heads of Europe as well as the Ottoman Emperor, the Czar of Russia and the Shah of Iran.

During the last three decades of the 19th century, Tiffany was the magic word among America’s elite with prominent families including the Goulds, Astors, Vanderbilts, Havemeyers and Whitneys as well as leading artists and politicians, who arrived to have their invitations, silverware, solid gold designs and jewels designed at its stores. President Lincoln bought a seed necklace for his wife Mary Todd in 1861 while a young Roosevelt chose an engagement ring in 1904. Tiffany also designed trophies capturing the pageantry of the yachting and thoroughbred horse races.

Tiffany’s jewels light up key moments in the 2013 film, The Great Gatsby novel by the same name set in the Jazz Age of the 1920’s, starring Carey Mulligan, Leonardo DiCaprio and Toby Maguire. As purveyor of jewels to the author of the book, Scott Fitzgerald as well as the millionaires of that era, Tiffany delved into its archives and created the fine jewellery collection ‘The Great Gatsby’ which was launched alongside the film.

The passing away in 1902 of Charles Lewis Tiffany marked the end of an era. His son Louis Comfort Tiffany who became its first official design director in 1902 established the Tiffany Artistic Jewellery Department in the Fifth Avenue store. He was a world leader in the Art Nouveau movement who in 1882 was invited by President Chester Arthur to redecorate the White House. His remarkable range of designs included technically brilliant leaded glass to colourful enameled and painterly jewels based on American plants and flowers.

Tiffany’s ability to capture the spirit of the times indicated its sensitivity to the sentiment of the age. The extravagance of the 1920’s, modernism of the 1930’s and the aerodynamic age of the 1940’s and 1950’s were beautifully reflected in subtle and stylish manner that remain a portrait of every period.

It was Tiffany china seen at White house dinners while Tiffany’s jewels were the top choice of leading celebrities and stars such as Jacqueline Kennedy Onassis, Elizabeth Taylor and Diana Vreeland. The Maison was also called upon by the U.S Government to create commemorative designs such as ceremonial swords for Civil War generals; the highest military award the Congressional Medal of Honor; and the 1885 redesign of the Great Seal of the United States which appears on the one-dollar bill. Tiffany is most well known for creating the Vince Lombardi Trophy for the National Football League Super Bowl® Championship since the first Super Bowl in 1967.

The 1961 Audrey Hepburn starrer ‘Breakfast at Tiffany’s’ was the first time that Tiffany’s had been used as a film location. She was incidentally also one of two women to ever wear the Tiffany Diamond, the other being Mrs. Mary Whitehouse. It was set on a Jean Schlumberger necklace of diamond ribbons and worn for publicity photographs of the film.

Tiffany’s designers are hailed across the world, with the most prominent being Jean Schlumberger who joined Tiffany in 1956. His witty, nature-inspired designs were a celebrity favourite worn by the likes of Jacqueline Kennedy Onassis, Elizabeth Taylor and Babe Paley. Elsa Peretti who joined in the 1970’s was to transform jewellery design with elegant simplicity based on natural forms while Paloma Picasso who followed in 1980 is known for her bold originality.

As a brand that has hugely drawn upon nature for both inspiration and materials, Tiffany was always conscious of its environmental responsibility, respect for human rights and support of communities in which it does business. In 2000, The Tiffany & Co. Foundation was established to provide a clear focus for its philanthropic efforts and supports organizations focused on responsible mining, coral and marine conservation and urban parks.

To celebrate its milestone 175th anniversary in 2012, the Tiffany Diamond was reset in a magnificent necklace of dazzling white diamonds and was the star of the Maison’s worldwide celebrations in Europe, Asia and the USA. The priceless gem perfectly encapsulates Tiffany’s impeccable qualities in quality and design which have made it leader and role model in the luxury realm, more importantly it’s a name which makes people’s eyes light up with a smile.    Boasting 200 stores cross the world, in Dubai, Tiffany & Co’s. boutiques are located at The Dubai Mall, Atlantis The Palm and Mall of the Emirates while in Abu Dhabi they can be found in Abu Dhabi Mall and Marina Mall.