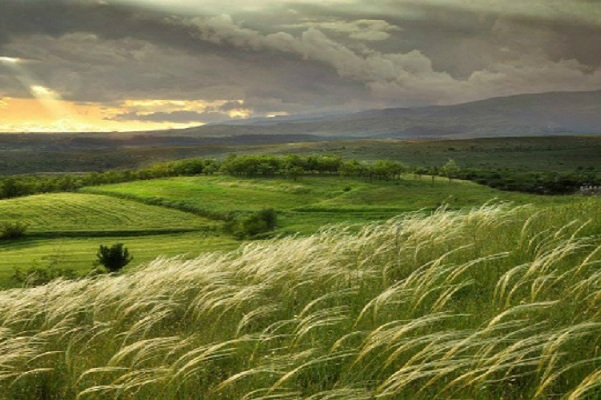 This Tuesday also symbolizes the capital of Azerbaijan, since Baku is well-known as 'city of wind. Therefore, citizens of the land of fire and wind have numerous beliefs connected with this magic and airy day of Novruz Holiday.

According to tradition, Azerbaijanis always solemnly celebrated the third Tuesday because precisely in this day wind animates nature, opens the buds of trees. Sunshine makes air warmer and village inhabitants prepare for the spring-field works.

Housewives also have own errands not only in villages but also in the urbanized cities. According to the tradition of celebration, women ventilated the house and carried out to ventilate matrices, pillows, blankets, carpets. House should be filled with the fresh air which embodies arrival of spring. In the kitchen should be cooked pilaf in milk or friable pilaf from bulgur, because they are as light and 'airy as the day of the windy feast.

Apart from pilafs, the table has to be decorated with the abundance of dried fruits and different desserts from seeds, especially 'semeni halvasi - delightful dessert on the juice of the germinated grains of wheat.

Wind Tuesday is also noteworthy because in this they members of the family tie red ribbon over the semeni.

Third Tuesday is also noted in Azerbaijani folklore where is said that in the Wind Tuesday four winds, namely: ag-yel (white wind), qara-yel (black wind), xazri (Northern wind) and gilavar (Southern wind) released from the black jar and each of them are dressed in clothes of particular colors. So, White Wind and Black Wind are dressed in white and black colors, respectively, Northern Wind in blue, and Southern in red. Alongside four winds of the land of wind and fire in the local folklore is also mentioned Yel Baba (Father of Winds), who reflected in folklore as the old man. This mythical man helped find a way to home in the case if someone is got lost.

Of course, the main rite of the Tuesday is fire, which is allowed to kindle in the previous Fire Tuesday. According to beliefs, the wind blows away from the people around the fire all their adversities.