flydubai touches down in Krabi

flydubai’s inaugural flight has touched down in Krabi in Thailand, becoming the first UAE-based airline to offer flights to the popular holiday destination. The daily flights are operated via a short stop in Yangon, Myanmar and are codeshared with Emirates.

On board the inaugural flight was a senior delegation led by Sudhir Sreedharan, Senior Vice President, Commercial Operations (UAE, GCC, Subcontinent and Africa) at flydubai. Upon arrival, the aircraft was greeted by Somkuan... Read More 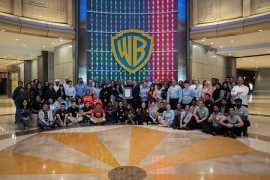 Commenting on the superb achievement, Don Strickler, General Manager of Warner Bros. World Abu Dhabi said: “We are incredibly excited to receive yet another accolade on behalf of our world-class... Read More 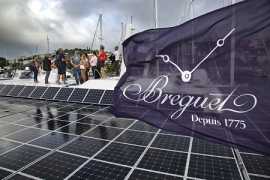 As the end of the year approaches the Race for Water teams have reached Asia, where their mission continues. As the endeavor’s main sponsor, Breguet is proud to support this foundation, which is committed to saving the oceans from the threat of plastic pollution. This association is in keeping with the aim of the House of Breguet’s President, Marc A. Hayek, who wishes for the brand to take an active role in protecting our planet.

An Adventure Called “Race for Water” The adventure... Read More 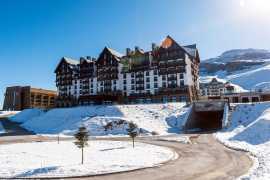 Experience the Best of Azerbaijan this winter

Whether you're looking for a snow-filled ski retreat, some festive indulgence or just family time to explore a new city with your loved ones, Azerbaijan has something special for every type of traveller.With an exceptional combination of relaxation and adventure, Azerbaijan has much to offer and many sites of interests sure to leave a lasting impression. 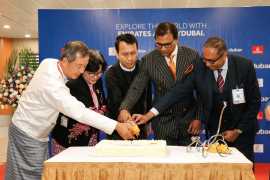 Dubai-based airline flydubai today celebrated its inaugural flight to Yangon, Myanmar, expanding its network to include Southeast Asia. The new daily flights are codeshared with Emirates and will operate from Terminal 3 at Dubai International (DXB).

On board the inaugural flight was a senior delegation led by Sudhir Sreedharan, Senior Vice President, Commercial Operations (UAE, GCC, Subcontinent and Africa) at flydubai. On arrival in Yangon, the delegation was met by His Excellency U... Read More 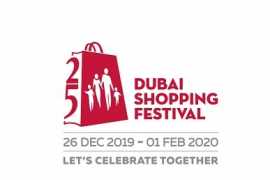 The countdown to one of the world’s largest shopping festivals has officially begun, and as the Dubai Festivals and Retail Establishment (DFRE) prepares to launch a landmark 25th edition of Dubai Shopping Festival (DSF), the entire city is uniting together to create its most memorable edition yet. A diverse DSF Calendar of Events was revealed on 9 December at a launch press conference held at the iconic Dubai Frame, which sits at the crossroads of old and new Dubai and is an apt reflection... Read More 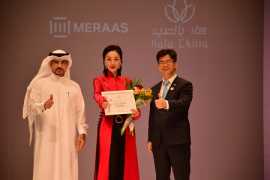 The fashion brands you need to see at Dubai Fashion Days

The second Dubai Fashion Days extravaganza, organised by Hala China, will see the debut of new fashion lines from some of China’s most exciting up-and-coming designer labels at exclusive catwalk launches, directed by China’s ‘father of fashion’ Jerry Zhang, in Dubai this December.

From well-established brands like Heaven Gaia and Jusere to emerging labels like Joy & Joa and XiangLuoYi, the region’s fashionistas and designers will have their eyes trained on the new looks being... Read More 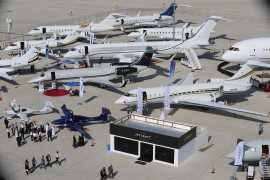 2020: The year for business aviation

2020 will be a good year for business aviation in the MENA region, according to Ali Alnaqbi, Founding & Executive Chairman of the Middle East and North Africa Business Aviation Association (MEBAA). With the MEBAA Show 2020 taking place in December, the event is perfectly timed to lead the industry in this year of opportunity.

Alnaqbi stated that the business aviation sector in the MENA region is achieving a positive growth rate of around eight to nine percent, higher than the... Read More 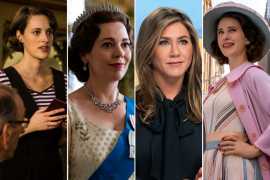 The best of the year in both TV and film will be recognized at the Globes, with categories in drama and musical or comedy for each medium.

Top contenders for best drama are “The Irishman,” “Marriage Story,” “1917,” “Joker” and “Little Women.” For best musical or comedy, “Once Upon a Time in Hollywood,” “Jojo Rabbit,” “Knives Out,” “Rocketman” and “Dolemite Is My Name” will likely be considered.