'CODA' wins the Oscar 2022, but Will Smith steals the show 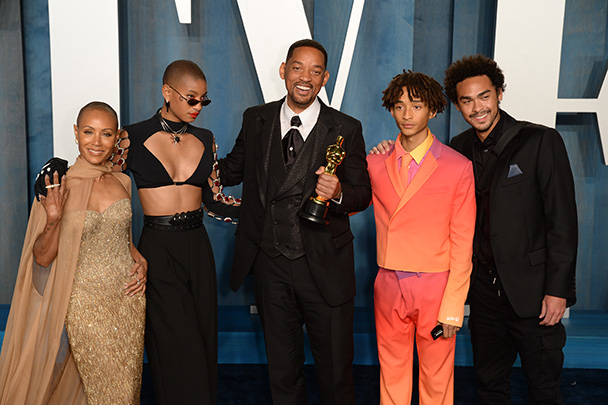 Sunday’s 94th Academy Award ceremony was already a ham-handed attempt at boosting ratings even before the soon-to-be Oscar-winning actor Will Smith slapped Chris Rock on stage.

The event should have been a celebration of diversity. Ariana DeBose became the first queer woman of color to win an acting award, Troy Kotsur was first deaf man to win an Academy Award for acting, and Jane Campion became the third woman to win in the directing category.

It should have also been a watershed moment for the streaming industry. AppleTV+’s “CODA” became the first movie from a streamer to win best picture.

Instead, audiences will remember the 2022 Academy Awards as the time a nominated actor slapped a presenter for making a crass joke about his wife. (The academy on Monday condemned Smith’s actions and opened a review of the incident.)

The broadcast drew around 15.36 million viewers, according to preliminary national ratings from Nielsen reported by The Hollywood Reporter. This does not include out-of-home viewing, which will be added in the final numbers released Tuesday. 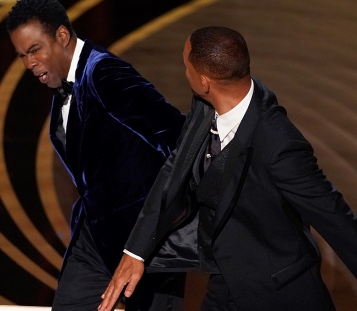 These early figures are higher than the final numbers from 2021′s ceremony, which hit an all-time low of 10.4 million viewers. Yet they’re still dramatically lower than where Oscars ratings traditionally end up, and it’s only the second time the show has drawn under 20 million viewers, according to THR. Awards shows in general are experiencing declining ratings. So the academy still has a lot of work to do.

A trifecta of hosts can’t save the night

The show kicked off with a performance by Beyonce of the nominated song from “King Richard,” “Be Alive,” before segueing into a three host monologue by Amy Schumer, Wanda Sykes and Regina Hall.

“This year, the academy hired three women to host because its cheaper than hiring one man,” Schumer said.

chumer performed a second monologue after Sykes and Hall left the stage, roasting nominated films such as “Don’t Look Up” and “Being the Ricardos” to uproarious applause and laughter. She was the standout of the three hosts and easily could have handled hosting the show solo.

Hall’s bit, on the other hand, fell flat. When she reappeared alone later in the show, she called up Bradley Cooper, Timothee Chalamet, Tyler Perry and Simu Liu onstage for a Covid-testing gag that involved her swabbing “the back of your mouth with my tongue.”

It concluded with her giving Josh Brolin and Jason Momoa a pat-down as they appeared on stage to present the next award. It elicited awkward laughs from the crowd, and it was clear not all participants were comfortable with the bit.

Sykes was forgettable. Her main solo bit involved a pretaped trip to the Academy Museum of Motion Pictures, which drew laughs, but ultimately felt like what it was — an advertisement for a $482 million museum.

The hosts were largely absent during the second half of the show, save for a quick bit where they each dressed as a character from a nominated film. Sykes was dressed as Richard Williams from “King Richard,” Hall was dressed as Tammy Faye from “The Eyes of Tammy Faye,” and Schumer descended from the rafters on wires dressed as Spider-Man from “Spider-Man: No Way Home.”

None of the hosts appeared on stage immediately after the Smith-Rock incident, but Schumer later attempted to inflate the crowd during the third hour after the air was let out of the room, but even her quips weren’t enough to turn the night around.

The future of the Academy Awards

Fan-voted categories, live musical performances and oddly upbeat “in memoriam” segments aren’t going to save the Oscars from poor ratings.

All awards ceremonies across the board from music to TV have suffered in recent years. Audiences have more choices than ever for how to spend their time and what entertainment they want to consume.

There are some that have tuned out these shows because they don’t like watching celebrities make political and social statements and some that have little interest because the films that are nominated aren’t considered mainstream.

No to mention, younger viewers, many of whom have cut cable, aren’t as willing to sit through the traditional 16 to 20 minutes of commercials per hour that comes with a live TV telecast. A three-plus-hour show like the Oscars can mean an hour worth of ads.

However, that doesn’t diminish the importance of the Oscars. Not only is it an honor bestowed upon by peers in the film community, but it is also a financial boon. Nominees and winners can leverage their accolades to get better pay or to get passion projects greenlit by major studios.

At this point, the academy clearly cannot cater to both the film community and the mainstream moviegoing audience. Ratings are not going to climb back to the levels seen a decade ago, and the current strategy to drum up interest isn’t working. In fact, it’s alienating and angering the very people it is supposed to celebrate.

The 2017 Oscars will be remembered for “La La Land” accidentally being called best picture instead of “Moonlight,” which actually won. The 2021 show will be marred by the production assuming the late Chadwick Boseman would win best actor and placing the award at the end of the ceremony. The 2022 Oscars will likewise be remembered for a slap.

Not that queer woman of color who made a passionate statement about accepting your identity or a deaf actor humbly accepting an award on behalf of his community. Not for a woman succeeding in a traditionally male-won category. Not for a streamer winning the best picture trophy and potentially speeding up an already dramatic change in the industry.