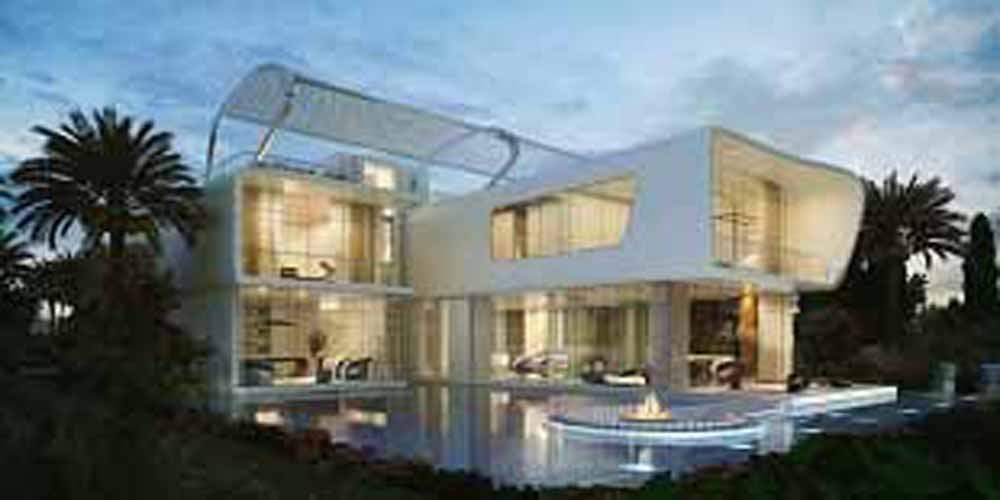 The exclusive limited edition villas, called ETTORE 971, will be unveiled during the Cityscape Global exhibition in Dubai this week.

The project is named after Ettore Bugatti, the founder of the French luxury sportscar brand Bugatti, while 971 signifies the international code for the United Arab Emirates, the company explained in a statement.

The ETTORE 971 villas will be located in a private environment within the main AKOYA Oxygen development, each offering views across the Trump World Golf Club, Dubai.

The seven-bedroom units have been conceptualised by Bugatti and the design also includes an indoor vehicle display area, with glass panels through to the living quarters.

Prices will be in the region of Dhs 36m, Damac said.

Managing director of Damac Properties Ziad El Chaar said: “We know that many of our loyal customers are huge fans of the Bugatti super sportscar brand and the opportunity to live in the world’s first villas styled in Bugatti’s design language featuring key codes of the brand’s DNA is a unique opportunity to experience this fantastic brand in a whole new way.

“The added touch of being able to see your car from many areas of the living quarters adds to the immersive design incorporated throughout these truly luxurious homes,” he added.

A layout of the new villas and a Bugatti Veyron will be on display at Damac’s stand in Cityscape.

Managing director of Bugatti Brand Lifestyle Massimiliano Ferrari said: “The Bugatti is recognised as the most beautiful and powerful super sports car on the road and we believe the ETTORE 971 Bugatti Styled Villas at AKOYA Oxygen will soon have the same reputation in their respective market.”

Launched last year, AKOYA Oxygen, located in Dubailand, will have residential, hospitality, retail and entertainment units surrounding the Trump World Golf Club, Dubai – which is being designed by Tiger Woods.

It will also feature a luxury retail and entertainment strip, Vista Lux and the region’s first rainforest.

The 55 million sq ft development will also include a five-star international hotel and a luxury wellness centre that offers yoga progammes, herbal treatments and an organic market place.

Damac, one of the fastest growing property developers in Dubai, has delivered over 14,300 homes as of June 30 with a development portfolio of 37,000 units.

The luxury developer has partnered with a number of global brands such as Paramount Hotels and Resorts, Versace and Fendi for its projects.