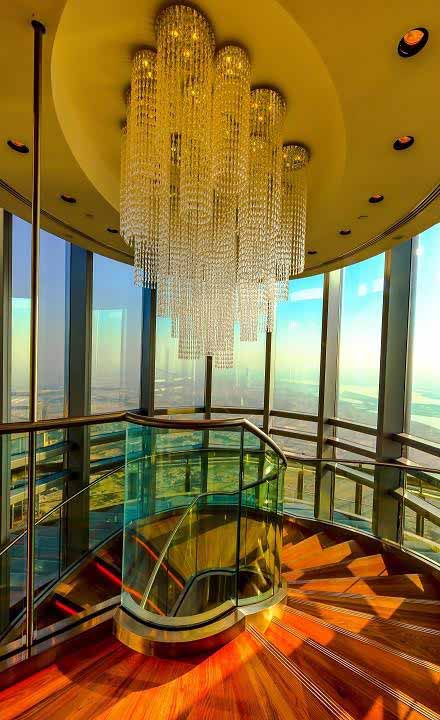 The world's tallest tower just got taller for some visitors as a new spiral staircase was unveiled at Dubai's iconic Burj Khalifa.

The 36-step spiral staircase in white oak and spanning a length of 100 metres, is adorned with a crystal LED chandelier, and enclosed in a glass clad facade to offer a expansive view of the city.

Previously Level 124 was home to At the Top, Burj Khalifa, the observation deck that opened in 2010.

However, Level 125 will now be part of the At the Top Burj Khalifa SKY journey that takes visitors to the world's highest observation deck on Level 148.

From now, visitors who opt for the At the Top, Burj Khalifa experience can also tour Level 125 free of cost, a statement said.

Premium ticket holders to At the Top, Burj Khalifa SKY now have the opportunity to visit all three levels 124, 125 and 148, which is the crowning glory at 555 metres high.

On Level 125, a new attraction has been added to the experience called Dubai - A Falcon's Eye View is another, which allows visitors to witness Dubai with new perspective.

The spiral flight is built with 60 metric tonnes of steel, 700 square metres of glass, and 350 sq metres of stainless steel cladding. At any point in time, 150 people can pass through the stairway.