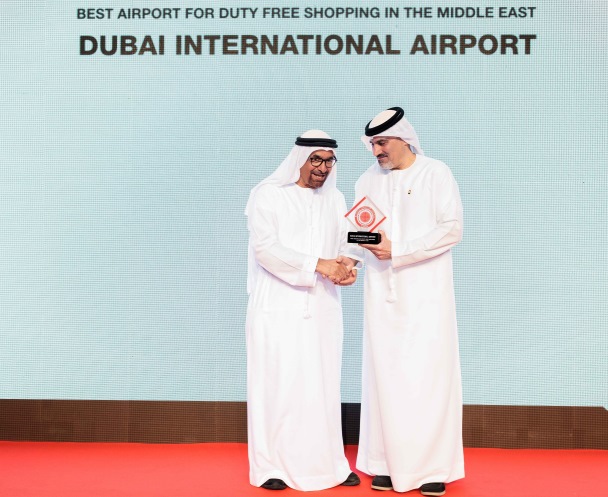 At the annual ceremony for the Business Traveller Middle East (BTME) Awards, Dubai Duty Free was announced as the “Best Airport for Duty Free Shopping in the Middle East” for the 21st consecutive year.

Staged live for the first time since 2019, with the last two awards ceremonies hosted virtually, the hotly anticipated awards ceremony was held on 9th May at Conrad Hotel Dubai.

Dubai Duty Free, which marked its 38th anniversary in December 2021, came out top in the readers’ and online survey conducted by the Business Traveller magazine within the duty free category and beating stiff competition among the other nominated airport retailers.

Commenting on the award, Executive Vice Chairman & CEO of Dubai Duty Free, Colm McLoughlin said: “To receive this award for the 21st consecutive year since 2002 is very special and reflects the hard work of our team of staff who continue to do a great job despite recent challenges. I would like to thank H.H. Sheikh Ahmed bin Saeed Al Maktoum, President of Dubai Civil Aviation Authority and Chairman of Dubai Duty Free for his ongoing support. And many thanks to all of those who voted for us.”

Organised by Motivate Publishing and Panacea Publishing, the awards recognise the best of the best across 42 categories spanning 10 airlines awards, four airport awards, 21 hotel awards and a selection of leisure and lifestyle awards.