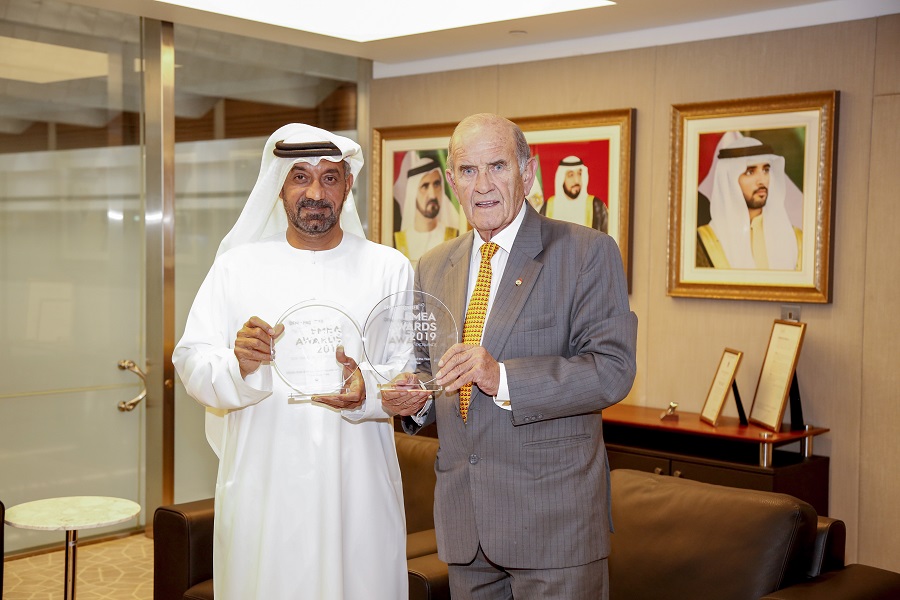 Dubai Duty Free made a double appearance on the stage at the Duty Free News International (DFNI) – Frontier EMEA Awards for Travel Retail Excellence held in London recently, when the operation was announced the winner in two categories: “Middle East & Africa Travel Retailer of the Year” and “Charitable Initiative of the Year”. The DFNI-Frontier EMEA Awards ceremony was held at the Lancaster Hotel in London in conjunction with the DFNI-Frontier Charity Ball, which attracted guests from duty free and travel retail industry.

Dubai Duty Free, which recorded sales of US$2.015 billion in 2018, beat stiff competition to emerge as winners in the competitive categories of “Best Middle East & Africa Travel Retailer of the Year” and “Best Charitable Initiative of the Year”. The latter was awarded for the role of its charitable Foundation which was established in 2004 and has since supported 40 local and 53 overseas charities.

This year, entries for the DFNI-Frontier EMEA awards were reviewed by an international panel of judges, which included senior representatives from the travel retail industry.

Ramesh Cidambi, Chief Operating Officer of Dubai Duty Free, accepted the awards on behalf of the operation from DFNI-Frontier Editor Kapila Ireland and Publisher Helen Chater, along with Blackjack Head of Experiential and International Operations, Fiona Rayner, one of the award sponsor.

Commenting on these latest awards, Colm McLoughlin, Executive Vice Chairman & CEO said: “My thanks to DFNI and Frontier for organizing the awards and charity ball. My thanks also to the judges who have voted for Dubai Duty Free in these two categories. We are delighted to be named “Best Middle East & Africa Travel Retailer of the Year” and even more delighted to accept the “Best Charitable Initiative of the Year” award which recognizes our philanthropic works and commitment to corporate social responsibility.”

With the DFNI-Frontier EMEA Awards presented, the Charity Ball got into gear with a live auction that invited guests to bid on a range of items, including an all-expenses paid trip to Dubai for the Dubai Duty Free Golf World Cup in November 2019. Over £40,000 was raised for this year’s chosen charity - Communuaté de Atwereboanda, an education programme based in Ghana that aims to renovate schools and colleges within the community to ensure all children have access to higher quality education and facilities.