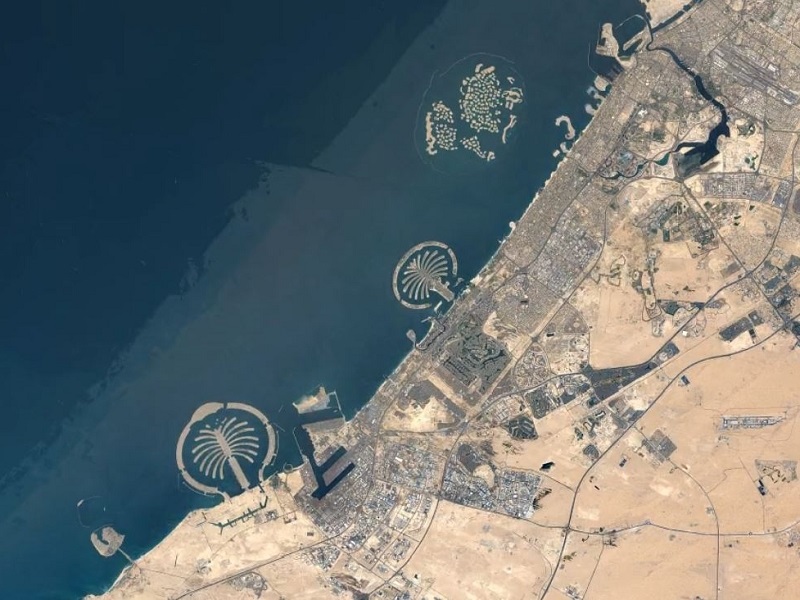 Dubai has long been one of the most instagrammed places iand Earth - and it can probably claim a similar accolade from space.

So when the International Space Station crossed paths with the UAE coastline at an altitude of 410 kilometres, a crew member from Expedition 59 ensured the World Islands, the Palm Jumeirah and Palm Jebel Ali were documented and posted to social media.

The video shows how the city has changed from developing around Dubai Creek to putting palm trees in the sea in the space of 35 years.

And it is not only the UAE coastline that captures an astronaut's gaze. Last year, Nasa revealed the effects of a tropical storm on what is usually one of the driest places on the planet - the Empty Quarter.

In the footage, it showed lakes forming between the sand dunes of Rub Al Khali after Cyclone Mekunu dropped several years of rain in 24 hours.

With Nasa planning to open the ISS to space tourists, a flypast holiday snap of the Emirates 400km in orbit will soon be possible but will cost about Dh183 million per person for a 30-day stay.