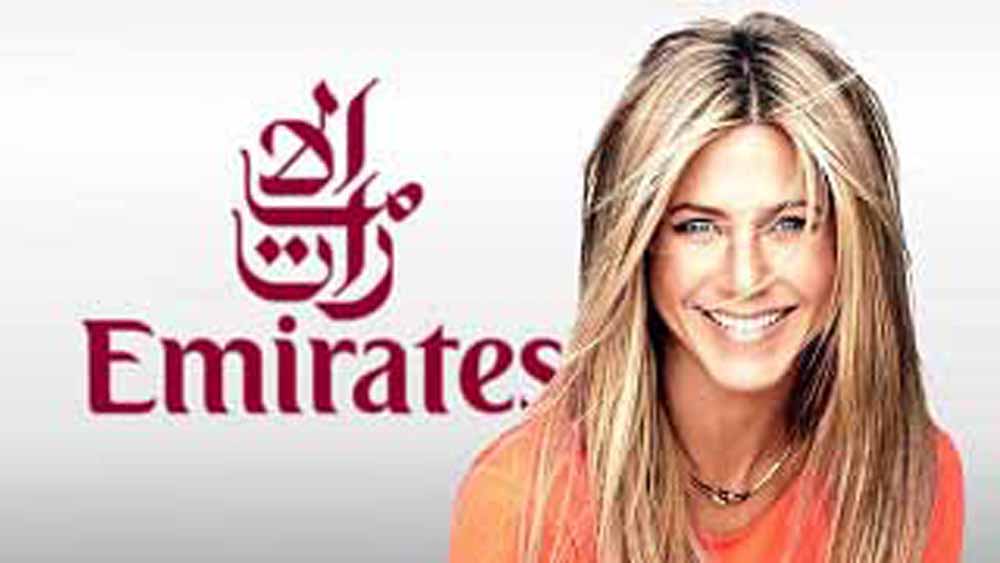 The advertisements are scheduled to begin running this October, a senior spokesperson confirmed

The confirmation comes after Emirates’ senior vice president for corporate communications Boutros Boutros revealed the amount to media at an event in Orlando. He added that the specified amount is the cost of running the advertisements worldwide.

The advertisements are scheduled to begin running this October, Boutros confirmed. However, they will not appear in print, as was previously reported.

Last month, Emirates signed a $5m deal with Friends star Aniston, assigning her as the face of the carrier. She was also reported to have filmed a series of advertisements for the airline.

The deal follows a similar one inked by Abu Dhabi carrier Etihad, which signed actress Nicole Kidman as its brand ambassador. The actress shot a minute-long advertisement for the airline, advertising Etihad’s latest luxury offering ‘The Residence’ aboard its A380 aircraft.

Gulf carriers’ mega endorsement deals reflect their ambition to boost their operations. However their international rivals say that their lavish budgets are a result of government subsidies.

The regional carriers have denied such claims.

In a separate announcement on Thursday, Emirates said that it took the delivery of four wide-body aircraft in a day. They included two Boeing 777-300ERs, one Boeing 777 Freighter and an Airbus A380 aircraft.

Emirates is the world’s largest operator of the A380s and the Boeing 777, continuously expanding its fleet to keep up with its expansion.

The latest A380 aircraft delivery will bring the total number of the double-decked aircraft in Emirates fleet to 66. The additional three Boeing aircraft brings the current Emirates 777 fleet size to 147.

Analysts say that the purchase of such wide-body aircraft will help the Dubai airline expand further.

“Whether the airline moves to Dubai World Central to hone in on additional capacity for expansion in part or in whole is not nearly as important. The importance of the 777X family, which will bring the lowest fuel burn of any wide-body airplane gives Emirates a massive competitive edge while being able to carry more passengers and more freight.”